On March 28, 2020, Ed Nawotka offered this gem in the Los Angeles Times, an article I was first made aware of through a social media backlash:

Looking ahead, only one thing is certain: Writers now have a lot more time on their hands to write. The end of the crisis may find literary agents inundated with fresh manuscripts. The problem is that by then, there may not be enough agents – or booksellers or publishers – left in the business to absorb all the submissions.

A great deal of the response, from what I saw, was from an array of literary writers in my feed responding in terms of mental capacity: How is anyone able to get anything done in times like these?

Normal, or at least, routine, requires an act of will. If even such might be possible. To even admit this conceit betrays my privilege. I have the luxury of remaining home and pondering how we all might survive, both physically and emotionally. My spouse has a good government job and relative security, although a compromised immune system. I never really have any money coming in at regular intervals, surviving off, as Toronto writer John Degen suggested some twenty-odd years ago, “hundreds of thirty dollar cheques.” These days my tricklings are certainly far less, although they haven’t quite stopped. Not that I can do anything with it, even if it was coming through. Reduced income means the bills stack up; expenses ramp up as we soldier on, bunkered in our three-bedroom lock-down. 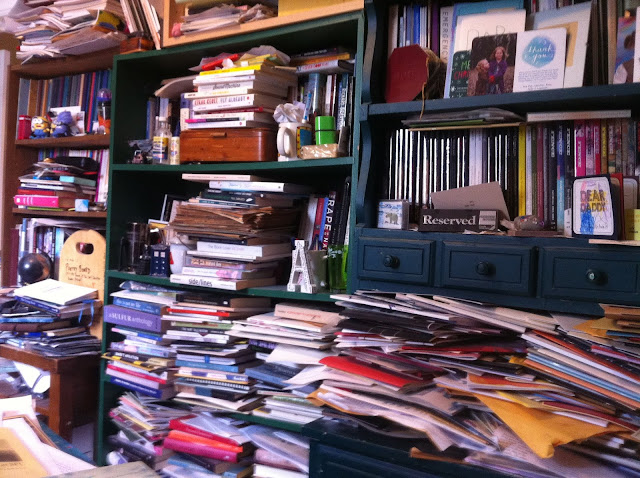 In a personal essay for CBC Radio, broadcast March 27, 2020, “‘These constant prods to do something … are becoming a real irritant,’” Bill Richardson responded, if indirectly, writing on productivity and self-isolations, and wondering upon what pressures, say, William Shakespeare might have had with which to contend, during his own productive isolations. At least his was a time before social media. A social media, Richardson adds, that keeps reminding us that William Shakespeare, by the way, wrote King Lear while on lockdown, during an outbreak of Bubonic Plague. The reminders berate us with their lack of subtlety: just what are you doing with your time, exactly? Richardson writes: “These reminders, unbidden, popped up in the very early days of the COVID-19 crisis and are still coming thick and fast, on Facebook, on Twitter. And I find them about as interesting and as helpful as hearing from people who, learning that I can invest 45 minutes of sweaty intensity to fret over the placement of a semi-colon, reply by saying that Mel Torme wrote The Christmas Song in 15 minutes.”

As Puritan minister Thomas White preached outside St. Paul's Cathedral in 1578: “The cause of plagues is sin, and the cause of sin is plays.” As an infant during the summer of 1564, Shakespeare had survived an outbreak that decimated a quarter of the population of Stratford-upon-Avon, so he would have known, as a March 2020 article in The Guardian suggests, how and why to self-isolate. Although the closing of theatres would have raised his anxiety, citing a lack of income, social interaction and performances, yet prompted the composition of a slew of his greatest works, all of which exude their own anxieties: King Lear, Macbeth, Romeo and Juliet. A plague on your houses.

Part of what I see through social media, in the array of writers, artists and other creators, are threads that work in both directions, all on the subject of productivity. Some felt pressure to get anything done, unable to work through a combination of stressful circumstance, from employment, finances, childcare and general anxiety. These are uncertain times, and not everyone employs the same resources or strategies, or face the same hurdles. Others felt berated for being productive, as though this was something that should inspire guilt. They felt targeted. How could you.

Or as Lear himself prodded Cordelia, early on: “Nothing will come of nothing: speak again.”

Posted by rob mclennan at 8:31 AM
Labels: essay, essays in the face of uncertainties

The real-worlds literary equivalent of the Kobayashi Maru scenario, right?