Brad Aaron Modlin, Everyone At This Party Has Two Names


What You Missed that Day You Were Absent from Fourth Grade

Mrs. Nelson explained how to stand still and listen
to the wind, how to find meaning in pumping gas,

how peeling potatoes can be a form of prayer. She took
questions on how not to feel lost in the dark.

voice. Then the class discussed falling asleep
without feeling you had forgotten to do something else—

something important—and how to believe
the house you wake in is your home. This prompted

Mrs. Nelson to draw a chalkboard diagram detailing
how to chant the Psalms during cigarette breaks,

and how not to squirm for sound when your own thoughts
are all you hear; also, that you have enough.

The English lesson was that I am
is a complete sentence.

And just before the afternoon bell, she made the math equation
look easy. The one that proves that hundreds of questions,

and feeling cold, and all those nights spent looking
for whatever it was you lost, and one person

add up to something. 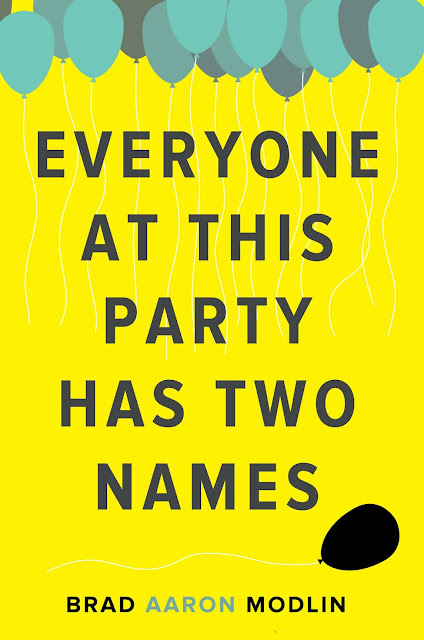 There was something about reading the first poem in this collection online, “What You Missed that Day You Were Absent from Fourth Grade,” that stopped me in my tracks; that caused me to want to immediately get a copy of Nebraska-based writer Brad Aaron Modlin’s full-length poetry debut, Everyone At This Party Has Two Names (Southeast Missouri State University Press, 2016). Until I saw this poem online (floating through my feed via Twitter), neither poet nor publisher were even close to being on my radar (so you’ll have to forgive me for being a few years behind what others are already long aware of). Modlin writes on what is hidden, and not yet known, both from the outside and from within, and what the differences might be, and the differences that occur once both are known. His poems speak from the silences amid the maelstrom, and the silences that thread people together. As the poem “Everyone at This Party Remembers We were Once Babies” begins, “The realization blooms like a lotus blossom in a pond we all drink / from. We didn’t even have teeth then! an astonished man says.” There is a wistfulness to the wisdoms throughout this collection that I appreciate, and one that occasionally isn’t quite sure and doesn’t quite know, which provides far more power than certainty ever could. These are meditative poems that seek, search and question, writing out a series and sequence of “still lives” that aim to capture both a moment, and a moment of uncertainty as it slowly, eventually, begins to turn. As he writes to close the prose poem “Still Life with Mango: At the Time I Believed in the Power of the Past Tense”: “I’d like to think the bread dis- / appeared, that I swallowed it gone. I’d like to think that eleven / o’clock conquered ten o’clock, that answers conquered questions. / That this morning in my empty breakfast nook miles and years / away from your front door, you didn’t hand me the turquoise plate I / swatted away. That as I bent to retrieve the shards, I didn’t nick / my forefinger, then apologize for cluttering your tile floor.”