Allison Chisholm, On the Count of None

Well, maybe I did
clamour around the subtle sense of luxury.

During the angular movement
I disfigured a sandscript [sic] scholar.

But maybe I didn’t
abandon the child prodigy
and the metabolic processes
like two drops of sadness
abundant on the teaspoon.

Our mutual decay
and your untying of my apron strings
occur each Wednesday
or when hanging from the branches.

From Kingston poet and musician Allison Chisholm comes the debut full-length On the Count of None (Anvil Press, 2018), published as the third title in Stuart Ross’ “A Feed Dog Book” imprint (an extension of his former imprint over at Mansfield Press). Following her chapbooks through Puddles of Sky Press and Proper Tales Press (The Dollhouse and On the Count of One, respectively), the poems in On the Count of None display a curiosity, odd humour and a slant perspective, occasionally providing a glimpse of something else, something far darker. As she writes in the poem “The Dollhouse” (the first of a trio of poems with this title, spread out across the collection): “The approved remedy for loneliness is / a stiffening expression, a bedfast songbird. / Somewhat by surprise, a lark, toneless as a tarantella, / enters the dollhouse in Act II / to grasp the hairpin, unsettle the cigar box.” 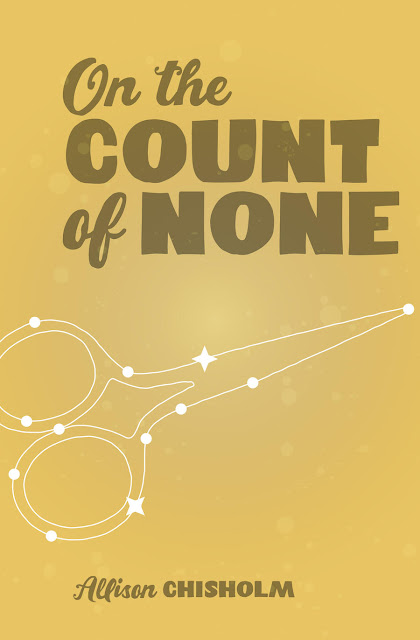 Composed by an incredibly deft hand, Chisholm’s poems exude a meditative calm with the occasional dark undertone, presenting descriptive offerings of various scenes, as well as a variety of horoscopes, reinforcing the possibility that her poems only wish to offer assistance; offering suggestions, but often as a distraction, as she presents you with a something entirely different.

You will find it necessary to restructure part of your day-to-day routine.

Defer to a household deity

or a small portion of humankind.

when you take a quick break from the worst of the species.

This week: rediscover the relic of your youth

or some other thing

Chopped up in the kitchen.