combines in the dark
could be harvesting anything 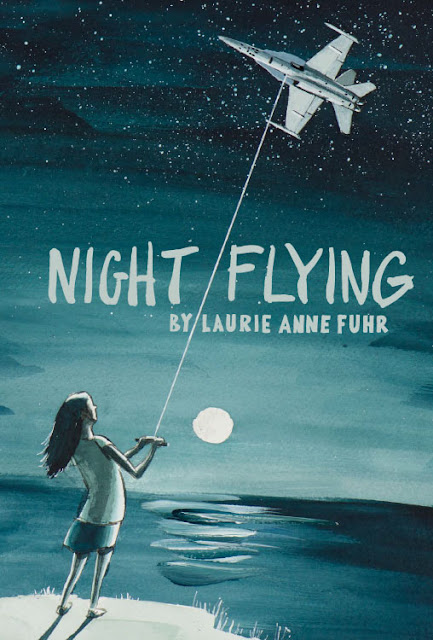 Given she is both a former Ottawa poet and original Peter F. Yacht Club member [she reads in Ottawa on Friday as part of our annual gathering], it is gratifying to finally see a copy of Calgary poet and musician Laurie Anne Fuhr’s long-awaited debut collection, Night Flying (Calgary AB: Frontenac House, 2018). Night Flying is organized as a collection running the length and breadth of some twenty-plus years of writing, including her time in Ottawa during the 1990s, as a book of poems focusing on her multiple geographic shifts. Raised as an army brat, Fuhr includes her full posting dates in the notes at the end of the collection—Cold Lake 1981-1985; Baden-Soellingen 1985-1990; Cold Lake 1990-1994; Ottawa 1994-1998; Winnipeg 1998-2001; Cold Lake 2001-2004—noting, as well, that she has lived in Calgary since 2004. One could say that Night Flying is a book composed on the fly: Fuhr writes of a childhood defined by her father’s multiple postings, of her own long teenaged and twentysomething stretches on Greyhound buses, of situating herself in new locations and weather patterns; of constant leaving, and constant arrival, and of what is both gained and lost through those shifts, as well as what might be held. As she writes to close the poem “leaving Germany”: “we close eyes, / brace against hollowness, // our still reflections / ready to be packed.”

Fuhr’s poems are composed as short first-person scenes, sketching out notes to help situate herself, with individual sections focused on the prairies, Ottawa, Winnipeg and Cold Lake, Alberta. Through poems spanning years, Fuhr unfolds her locations and her dislocations, attempting to articulate where she is, even as she works to figure out where it is she might be heading. “[W]hoever or wherever you are,” she writes, in the poem “under pressure,” as part of the section “posting: Winnipeg (1998-2001),” “Alberta’s coming for you.” I’m impressed with how the book is structured, focused on those geographic shifts, many of which she, as the child of someone in the military, she often had no say in, before moving into her own shifts, before finding herself in the midst of Alberta, and her centreing, there, in Calgary.

sunlight through smoke-yellow drapes
is chloroform, special occasional jewelry
little anchors to drag her down.

after school in Germany
we find her drowning in bed,
feed her air from a paper bag.

long red hair fanned upward like a diver’s,
panic lowers her down
without a bell,

a bedroom is a natural subwoofer,
its reverb chamber
drums rudiments to hell.

turns its ready ghosts away.