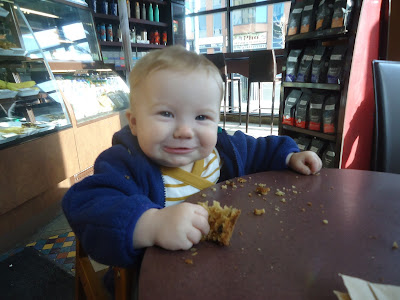 It has been a while since I’ve done one of these, in part because I don’t really receive too many chapbooks these days, apart from the semi-annual ottawa small press book fair (note that the spring event has been confirmed). Why aren’t folk mailing me chapbooks anymore?

Ottawa ON/Victoria BC: Ottawa poet and Arc Poetry Magazine coordinating editor Chris Johnson’s newest title is Listen, Partisan! And Other Stumbling Haibun (Frog Hollow Press, 2016), a chapbook “published in a limited edition of 125” numbered copies. I’m curious at his exploration of the haibun, a form famously explored by poets such as Fred Wah and bpNichol, but less so over the past decade or two (the English-language haibun, of course, being a bastardized form of an ancient Japanese form; the contemporary form exists as a section of prose that ends with a short lyric). While there are times I’m quite taken with what Johnson is doing, I often wish for the prose of his casual observations to be tighter than they are. Some of his haibun, effectively a blend between Frank O’Hara’s “I did this, I did that” poems and poem-essays, are quite striking, such as “Cheap Road to the Liquor Store” and “Poem.” For some time now, I’ve had the sense that if Johnson keeps pushing the form, he could end up doing something quite memorable with it; certainly, there are flashes within this short chapbook of what might come. I await what comes next.

On the Walk Home from Seeing Coyote

No one was incarcerated, and the jailed felt nostalgic, so instead of going to some mansion with ten-dollar pitchers I opted to hoof it back along the water ‘cause it’s the closest I can get to understanding why everyone leaves this town for the coasts. Laurel texted, I’m one time zone closer to you!, which made me miss her and reply, Might as well pop over then, because what’s the difference between the guy in a sleeping bag under Pretoria Bridge and the distance between you and me, when at this time I think I understand my line-breaks better than anything, and a break is the only thing between me and the closest brown-haired woman with a ukulele, or the short-haired dapper lad who recommends Bill Cosby for some tips on story-telling because there’re only so many things in the realm of words to recommend. All we’ve got are a few words and the ways we misspell them.

I was amused, also, to see myself referenced in the title poem (a title that I would suspect is Stuart Ross influenced), where he quotes and responds to Rae Armantrout on poetry, the personal and the political, before writing “On my way to Alta Vista, I wonder if rob and I will sip beer and say out loud we’re poets. Quickly I realize he’ll say it and I’ll listen.” And we did.

Ottawa ON: We aren’t entirely sure where she appeared from (her bio speaks of her as “A Montreal-born, Canadian-American baker-poet hyphen-lover currently residing in Ottawa, she has enjoyed homes in Cape Breton, Toronto, California, and Connecticut.”), but wherever she was before, reports of Sarah MacDonell’s first appearances in open sets in Ottawa last summer ran through the community like electricity. And now, her first chapbook is in print—the lithium body (In/Words, 2017)—a long, fragmented, polyvocal poem that speaks of illness, medication and the physical and spiritual body.

Part of what originally struck me about MacDonell’s work is the expansive canvas she attempts, writing a series of fragments and abstracts reminiscent of the work of Canadian expat Nathanaël. Throughout the text, MacDonell explores and confronts illness and medication, floating in and out of concrete images into a kind of dream-state. What is curious is the uncertainty in which this project might still be unfinished, whether she is continuing to expand the poem into something larger, or has moved on into further work. Either way, hers is an incredibly exciting discovery.

I have tried to tell you that I am writing you:

each morning, over sink-chapped toothpaste
and chalked coffee mug rings,

I peer into the bleached mirror
and try to extend my body back
through genealogies
to locate you:

with wire glasses and twig-legs sprouting from mesh shorts
you were my age once
your creaseless face, young
as in the photographs,
though ashamed
as you front your own lithium body