Jonathan Ball reviews A perimeter (2016) in the Winnipeg Free Press 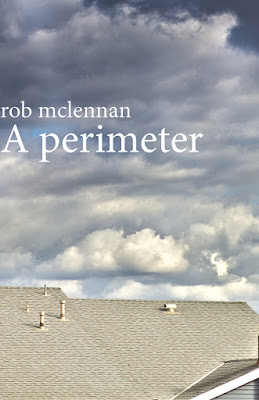 Winnipeg poet, editor and critic Jonathan Ball was good enough to provide the first review of my latest poetry title, A perimeter (New Star Books, 2016). Thanks so much! You can see the original review here. As he writes:


rob mclennan’s A perimeter (New Star, 70 pages, $18) details the struggles of a poet "Caught, between ambition and exhaustion" — in other words, one that is also a dad.

Through fragments that mimic both the fragmentary thought processes of the new father and the tiny slivers of time he can now dedicate to writing, mclennan’s poems crash fragment against fragment in an elegy for "u((n)in)t(e)rr((u)pte)d) s(l))ee)p."

The title poem considers the "property boundary" and the lawn as a place through which to think about identity, a father’s role, and where the personal and public intersect. One of the prolific mclennan’s stronger books.