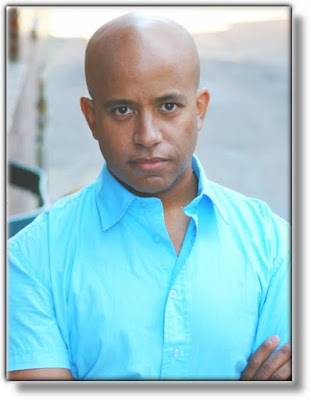 He was writer-in-residence at the University of Alberta during the 2014-15 academic year.

Q: When you began your residency, you’d already produced fiction, plays, stage writing and sketch comedy, as well as video games. Where did you feel you were in your writing? What did the opportunity mean to you?

A: I was comfortable with my writing and I appreciated the opportunity to teach people, which I had done for ten years.

A: I had the chance to plan and research several projects, and spent a great deal of time working with local writers on meeting their goals, as well as promoting local artists through the Authorpaloozas and launching MF GALAXY to talk with writers about the business and craft of writing.

Q: Were there any encounters that stood out?

Everyone stood out. One person I’d like to mention Tweeted that he was grateful for all the help I’d given him on his story, which had gotten published. My advice was, “Don’t change a word.”

A: I strongly appreciated the opportunity to work with local writers to help them build their skills and their reach, and to publicize the outstanding literary community we have here.