To Live and Die in Groningen (The Netherlands, 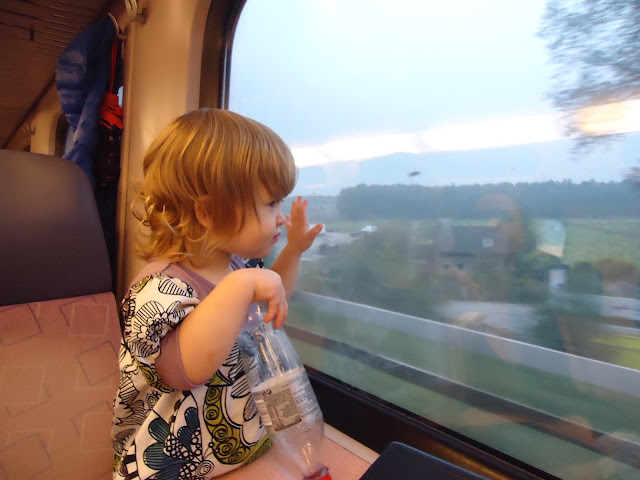 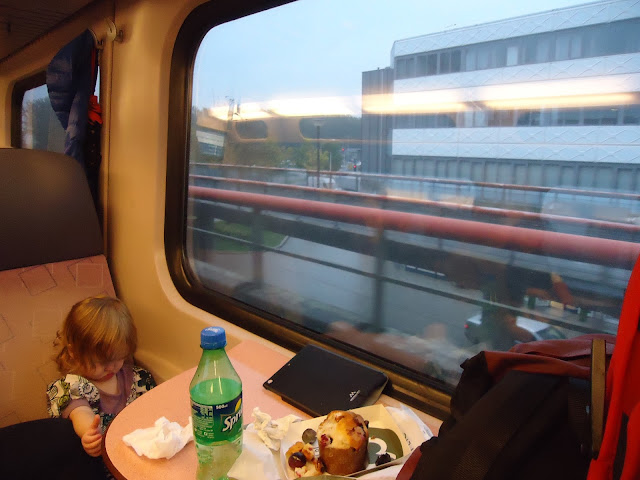 Saturday, October 17, 2015: We flew the hour to Amsterdam from Berlin [you've already read the report of our week in Berlin, haven't you?], before catching a two-hour train to Groningen, where Christine's friend (and bookbinder) Natasha Herman lives. She, and Netherlandic husband and two sons, lived in Ottawa a couple of years back, and we even house-sat for them when they lived on Sunnyside Avenue, in Old Ottawa South (the square house with all the windows: if you know the street, you already know the house).

After a two-hour train, Rose was really losing her patience. "I no want ride train anymore," she repeated, after a small series of meltdowns, before she finally crashed out cold, some fifteen minutes before we landed in Groningen. Natasha was good enough to pick us up at the train station, so we didn't have to (yet) learn where anything was, in a strange city with sleeping toddler and too many bags.

And at the train station: more bicycles than I could even understand. I saw a three-storey bike stand filled with bicycles, and that might have been only a third of what I saw once we landed.

After all the rest went to bed, Natasha and I stayed up late discussing politics, education and Canadian history, and how not nearly enough is taught in schools. 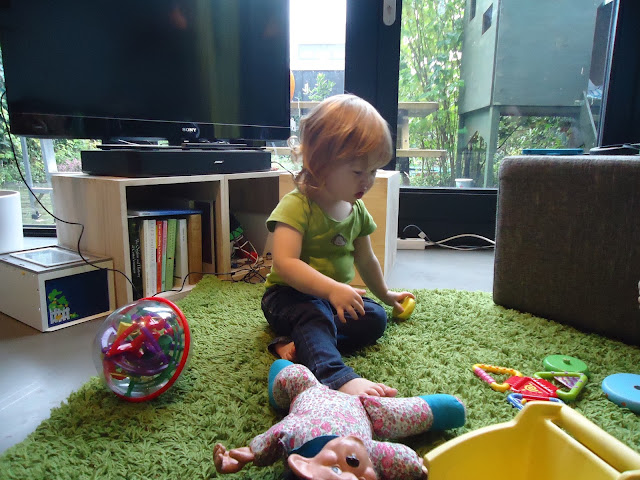 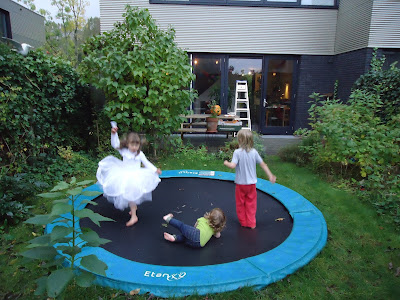 Sunday, October 18, 2015: A quiet day. Our hosts' youngest, Casey, turned five, so we sat in on his birthday party, which involved about eight or nine children tearing through the house, while a couple of the adults drank wine (a-hem).

Despite the howls of multiple children, napping Rose was out cold for nearly two hours.

They have a trampoline outside, and once the older children became bored with it, we set Rose loose into the yard. After an hour of taking turns watching her bounce around, we finally had to drag her back into the house (outside was cold, rainy, etc) kicking and screaming. No, she screeched, more yard! But boy, she slept well.

After all else went to bed, Natasha and I stayed up late and later, discussing music (bluegrass, etc), and taking turns plucking at ukulele and guitar. Of course, I introduced her to the Elvis Costello ukulele track I like, and Nellie McKay's ukulele Ted Talk. 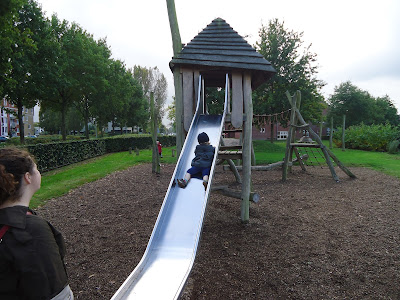 Monday, October 19, 2015: A day in which we attempted an outing. Did we? Postcards, a couple of groceries, and a walk to the park. A park which ended up being a school playground; apparently the Netherlands in the midst of their week-long fall break, which meant the school closed, and Rose could run around the otherwise-school equipment (she likes to slide down backwards, upon her belly).

Found postcards. Mailed a package of things, including Touch the Donkey, over to Megan M. Garr in Amsterdam; she runs Versal, a magazine I've appeared in (but not for some time; I should really send some more work at some point). If only we'd had more time in Amsterdam. The benefit of staying with friends is the possibility of a few quiet days, which I think we've required, but it also means I haven't seen a thing in the Netherlands. Oh, but for the bicycles. So many bicycles.

After all else went to bed, Natasha and I stayed up less late, and she played Gillian Welch's lovely song "Tennessee" on guitar (a piece I wasn't familiar with). We discussed mutual friend Anik See, who lives in Amsterdam (why didn't I attempt to plan to visit? ugh). I attempted to remain up to catch a glimpse of Canadian election news, but the polls weren't even going to start reporting from Newfoundland until midnight or so where I was sitting. Ugh. 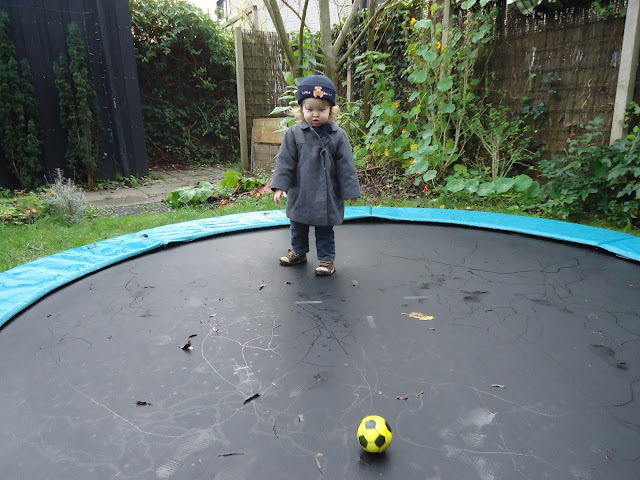 Tuesday, October 20, 2015: Woke up to a red wave across Canada; our dawn coming in at just around 1am Ottawa time. Relief.

Rose insisted on starting the day in the yard, upon trampoline. 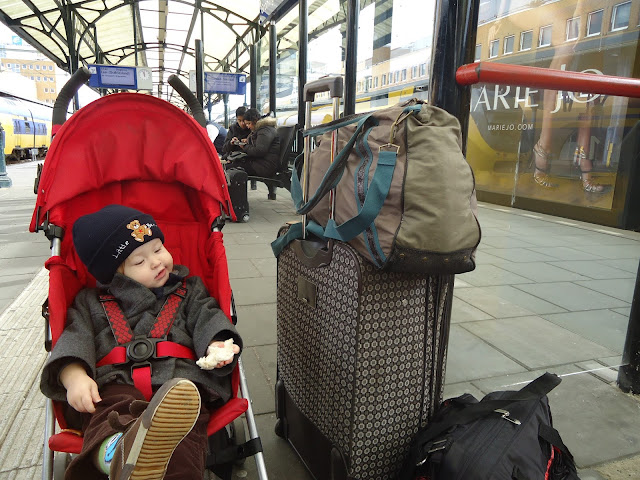 Today we travelled from Groningen to Utrecht, where Christine was doing her talk through an organization Natasha is a part of. Apparently Christine's talk the first in a new series they're starting on such. We trained the two hours to Utrecht with Natasha, before figuring out our wee Bed and Breakfast. Christine and Natasha then wandered off to meet another bookbinder (so Christine could meet, and also see their studio), and Rose and I wandered the street immediate to our Bed and Breakfast. 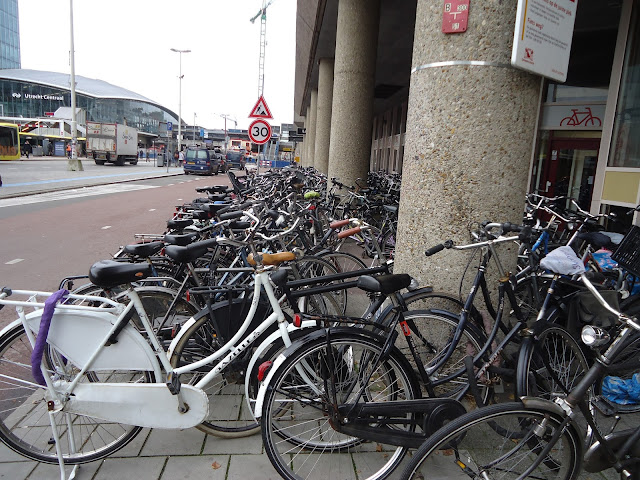 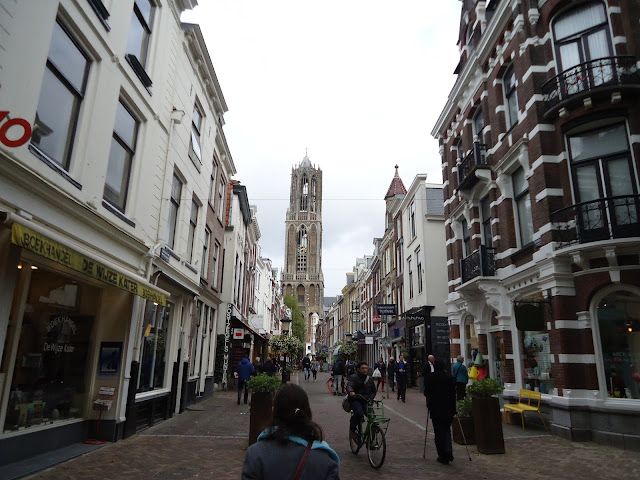 Utrecht is a delightfully quaint city, and one I know absolutely nothing about. Cobblestones, old buildings and bridges over a winding canal. Rose and I picked up postcards, a music box and other tourist charms. We visited an antiquarian bookseller, and saw a Dutch edition of an Anne Carson title. We looked at statues, and followed the paths of birds. We picked up ginger cookies, which Rose enjoyed before passing out cold in the stroller.

There are so many bicycles. Ottawa, are you listening? Although, as Natasha reminds, the Netherlands is flat (Ottawa is not). The same thing Donna Stonecipher said about Berlin. 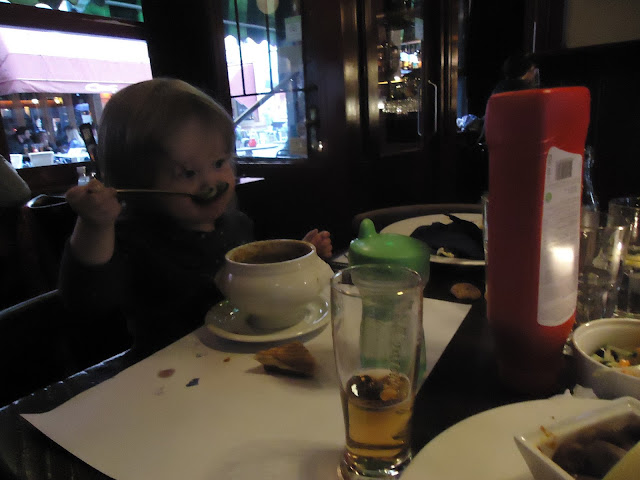 We met up again for a quick dinner, before Christine and Natasha ran off to the lecture, leaving Rose and I finishing up in the pub. She made a mess with Christine's soup and spoon (although she ate quite a bit). I had another drink (Rose was in no hurry to finish eating).

Rose and I eventually retired up to our room. I stripped her down, and co-showered (the soup required it). And it took some time (and some convincing), but she eventually slept. It was a quiet evening, after a short sequence of (required) quiet evenings.

Christine returned with reports of a successful lecture. Natasha wandered the two hours back to Groningen. 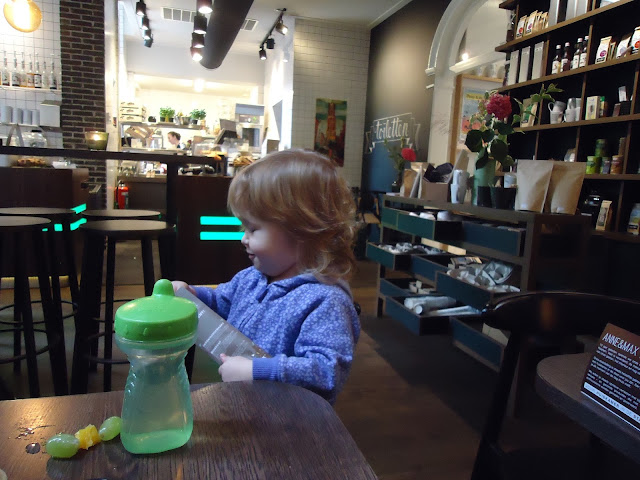 Wednesday, October 21, 2015: We woke, and enjoyed the second 'B' in the 'B&B' label. Small items: bread, meat, jams. A delightful breakfast before we wandered over to the Dom Tower, built on the site where Utrecht was invented some two thousand years ago (why do I know nothing about this country? We have a Tulip Festival thanks to their Princess born in Ottawa during the War...). 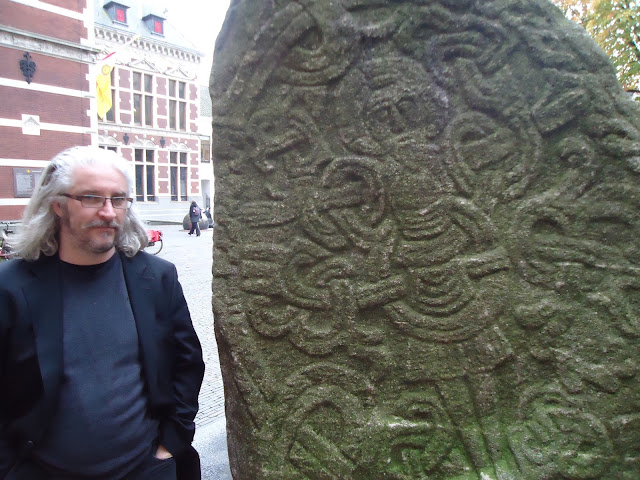 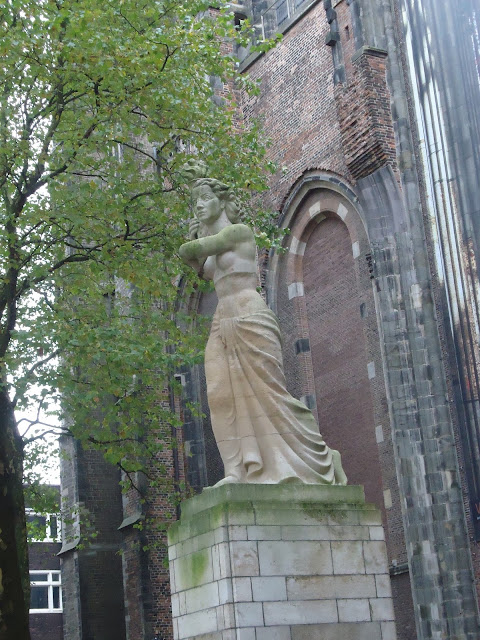 And then, of course, our noonish train back into Amsterdam, and our flight to Berlin.

At our hotel by the airport, what was most likely the worst hotel in all of Berlin. We were amazed there were no bugs (that we could see). 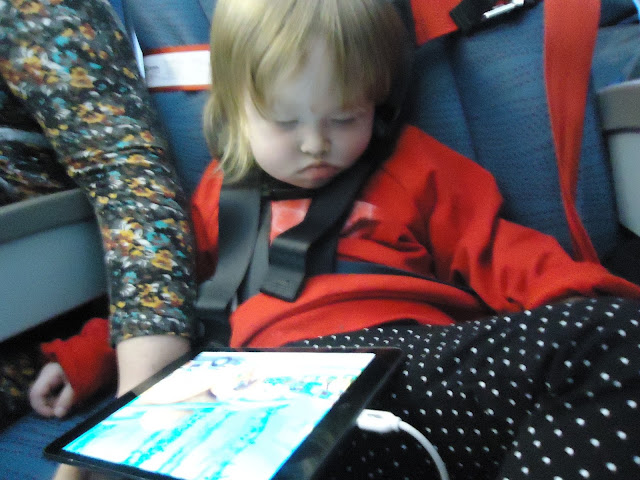 Of course, our Toronto flight delayed, which meant we had to take a slightly later flight to Ottawa. Home in our house by 5pm Ottawa time, thanks to a pick-up by our incredible house/cat-sitter, Carmel Purkis (we owe her much, we have decided). Exhausted, we opened our mail, threw laundry into machines, and crashed. And slept twelve hours.
Posted by rob mclennan at 8:31 AM
Labels: Anik See, Carmel Purkis, Christine McNair, Elvis Costello, Gillian Welch, Natasha Herman, Nellie McKay, Rose McLennan