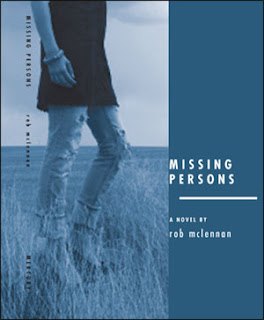 Now that Labour Day has (finally) come and gone (and I now have a child in college; ugh), did you see this interview that Jonathan Ball (newly relocated to Winnipeg from Calgary) did with me recently? He’s been doing a bunch of others since, worth checking out. Otherwise, I can barely keep up with what’s been going on lately; dates finalized for this fall’s ottawa small press book fair, as well as events for the Ottawa International Writers Festival; did you know there’s a Thousand Islands festival too? And I’m reading on Friday in Toronto; or have you already noticed? Take note, the new “12 or 20 questions” series aren’t just on the blog, here, but some over at Aaron Tucker’s Agora site, and others at Open Book Toronto; keep a sharp eye. And Jeremy Mesiano-Crookston was nice enough to mention my second novel out this fall (watch for it, either October or November, not sure yet), as well as a number of other Ottawa-specific literary happenings. What a kid. And why haven’t you signed up for this new poetry workshop of mine…?

Toronto ON: Former Puritan magazine co-founder/editor Spencer Gordon, now schooling in Toronto, recently started up a new publishing house, Ferno House, and released its first publication, the limited edition For Crying Out Loud: an anthology of poetry & fiction (Ferno House, 2009). Publishing the work of George Elliott Clarke, Laura Maija Clarke, Spencer Gordon, Alex Grigorescu, Andrew MacDonald, Jeff Parker, Wendy Prieto, Jonathan Simpson and Catriona Wright, it is a “collection of poetry and fiction by the students and instructors of the 2008-2009 Master’s Degree in Creative Writing at the University of Toronto.” Does the University of Toronto creative writing department even have an equivalent to those magnificent Concordia University productions, headlight anthology? With their forthcoming “dinosaur porn” anthology, could this be where they settle their niche?

Abbotsford BC: Good to see a new little chapbook press emerging out of anywhere, let alone Abbotsford, with Lipstick Press offering up a new little offering, Heidi Greco’s A: The Amelia Poems (2009). What is it about poets writing on historical characters, writing around mythologies? It reminds me of that little Marita Dachsel chapbook that came out a few months ago.

Around the World, Interrupted

So much for finding Howland
silly pimple on the sea, downed
instead on fortunate rock
barely an atoll

Fred impaled on metal, hopeless
asking for his flask
knows I will say nothing
this time

messages lost I fear as the cry
yet another gull
riding ocean.

A beautiful chapbook, I would certainly like to see more from this press. Otherwise, there have been so many poets working in historical characters over the years that, if you read enough of them, certain tendencies tend to repeat, and even overlap (I will admit a bias against historical novels, for example; I enjoy fiction, but would rather read history than “historical fiction,” to know the difference between “what happened” and “story”). Why do I get the feeling that Greco’s writing is better than this, what she is doing with it, by walking down such a similar path? Certainly there have been those, few and far between, to do magnificent things with such, and Greco’s is good, but why do I get the sense her writing would be better suited doing something different?

Joan of Arc lives down the hall

Wearing her pilled grey sweater
she’s armed against the world,
pulling its stretched-out collar up
over her face, protection.

She hides and whimpers messages
speaks French to her Dauphin,
defends herself with a dented cafeteria tray.
She drags a broken clothes tree
proclaims it as her cross.

Now and then she simpers, her armour
getting rusty. We have learned to translate:
she’s pissed herself again.

Everyone hoards matches here
even in the rain.

Kelowna BC: After hearing for months about Kelowna BC poet Jake Kennedy [see his 12 or 20 questions here], I finally managed to get a third printing copy of his chapbook, HAZARD (BookThug, 2006). In seven movements for seven writers, his poems work as explorations, little essays on writers and writers, including Balzac, Rossetti, Mandelstam, Cahun, Beckett, Lowry and Acker. Is this a self-contained work, or is this working toward a larger project mixing poetry with biography and essay? For this sequence, part of the appeal is the range of formal considerations, working the lyric through to visual and more abstract blocks of prose, each an investigation into the writer’s life and works, as even the table of contents attests, writing beside “LOWRY”: “being the opera about Malcolm’s multiple losses of manuscripts to fire.” Exactly where is the hazard here? Or this, the first section of “CAHUN,” also called “being the story about Claude’s capture and condemnation by the Gestapo,” writing:

During WWII the cows walked around the island of Jersey looking for their displaced farmers. Sometimes a cow would be found at the side of the road, just waiting and watching the few military vehicles go by. They looked less forlorn-meditative than symbolic-indicative: the weather had changed its reality and now the cows were content to be lamp-posts and phone boxes. They just wanted to exist.

Claude worked from the early morning until late evening. She had seven cameras. One was a box-like camera that was fragile and heavy. She also wrote.

The natural suspicion with which art viewed politics and vice versa dissipated and then resurfaced – to good effect – in Jersey, in 1944, well after midnight. A resistance movement, in truth, involved a community of the hunted. During WWII it was not uncommon to see trees pretending to sway. In the farm that had no name they did not need candles, let alone kerosene lamps, to confirm each other’s good faces. They let shadows mask everything except the eyes. Claude and Moore had slotted pieces of hay behind their ears. Late into the early morning, they emerged from the large wooden doors. Saboteurs.

The German troops were hungry. They liked to smoke cigarettes. And they liked to drink beer. Many of them were 15 years old and had golden hair like fleece.

Where has this Jake Kennedy been hiding all this time, and when do we get to see something else emerge from him in print, to see where else these might be going?

For each symmetry there is a fire. Now three shacks burn, making duplications in the real-life sea (body of water). One hand-made protagonist (puppet head) must convey the inevitability of self-distrust/self-certainty about this dread: ‘he always knew already.’ Even furies cannot swim, it is up to the attendants to – in the end – really push. (“LOWRY, Introduction:”)