This, Silvina López Medin’s Poem That Never Ends, a story about linearity of edge.
Fragment between two surfaces. Hint in story.

What if you were raised by refraction? Who lives underneath that surface, gliding closed? Who layers upon layer, variation upon variation? Who protects/against you, inquisitive button of an animal? (Ching-In Chen, “INTRODUCTION”)

Selected by Ching-In Chen as a winner of the 2019 Essay Press and University of Washington Bothell Book Contest is Silvina López Medin’s latest, Poem That Never Ends (Essay Press, 2021). Born in Buenos Aires and currently living in New York, Medin’s books of poetry include La noche de los bueyes (Madrid, 1999), Esa sale n la lengua para decir mangler (Buenos Aires, 2014)—a book translated by Jasmine V. Bailey as That Salt on the Tongue to Say Mangrove (Carnegie Mellon University Press, 2021)—62 brazadas (Buenos Aires, 2015) and Excursión (Buenos Aires, 2021). Poem That Never Ends explores family, memory, language, emigration and image in wonderfully lyric first-person prose, and my first impulse is to apply overused words to her incredible text: unfold, and unfurl. Working through family photographs and conversations with her mother, she works to peel back layers of memory, including her mother’s memory, slowly folding back one layer after another, writing both the details that emerge and the ongoing process of what it means to seek out this particular research. She writes a lineage of mothers, from her own mother and maternal grandmother to her own mothering, seeing herself not as an end of the line but a continuation.

My mother texts her answers to my questionnaire. Out of 20 questions, she skips 4. I can’t remember, she answers to another 4. For the rest, the most repeated words are: to sew, to clean. As a postscript she adds: no more speaking of this, what’s past is past. If those words were written in a letter, if I ripped it as she ripped almost each of her mother’s letters, what’s past might become a piece of paper inside a closed fist, and that would be—torn out of context—one more question, a fist opening, paper falling. One more piece to sew, or to clean. I want to call her, I want to tell her I’m not looking at the past, I’m looking at these letters and photographs of the past, present. I’m not really writing about your mother or you, Mother, I’m writing about something else. But I don’t call her, I stare at her virtual plea, I don’t know what that something else is. 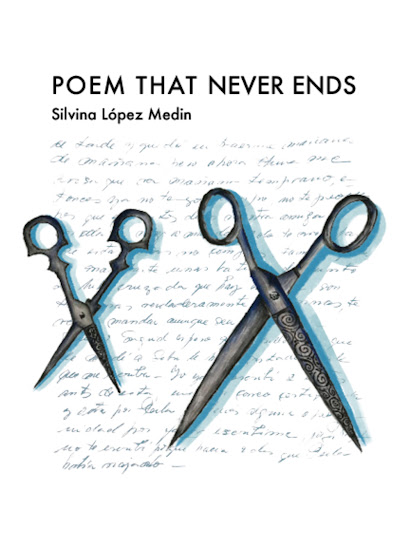 Composed in sections, halts and hesitations, Medin explores memory as a series of conversations, attempting to seek what might not otherwise be known or revealed without pushing too hard. Writing on her mother as part of “BROOKLYN, NOVEMBER 15, 2018,” she writes: “I have to be careful when asking questions, or else she’ll say it again: stop.” She writes between generations, from her mother and grandmother to her own children; she writes between geographies, from the family home in Paraguay to Argentina, to the United States. She writes a story and a prose in transit, in transition, perpetually in motion. To uncover another element of her own story might be to shift the entire narrative. In the same section, she adds: “She did not have time for documenting time. On top of that, who keeps a journal? Although she is writing this to me on a screen, I can hear her shouting: ‘I have never known anyone who keeps a journal.’”

This is such a remarkable book, and the ease of her prose is enviable. I keep having to hold back quoting page upon page, pushing the whole of this collection through my computer screen and in front of my own commentary. Medin writes of physical, emotional and temporal distances she wishes to travel; of cognitive distance. She writes of connection and disconnection, centred around family, and specifically, her mother. As she writes: “My mother’s domain. Her house. Was my house. this is no nostalgic writing. There is no desire to recover what’s gone. No need of further separation, of a wall built across.” As well, I’ll admit that I’m left to conjecture the purpose of the words set in bold throughout the text, but to read only those words through the collection, one can see a single, extended poem hidden in plain sight. There are layers beyond layers here. To thread such together, for example, from the opening poem, offers: “To open and close, to cut / into pieces / not your daughter, / not you. / yet, / a mother.”

You chose to write precisely what I like less: poetry and theatre, said my mother years ago. I put the airplane seat straight up, open the tray table, my journal on it. Is this poetry. How do you exit such a line? Dead end. If you hit it, hit it again, write it down, someone said. Is this poetry. When you have hearing loss there’s a blurred line between statements and questions. When my mother was a child her aunt would take her to the theatre, she would be lost among words she could not grasp, would not look at the stage but stare at the closest exit. Is what you’re writing now poetry, she soon might ask. I turn the pages in my journal until I find a quote in a nearby entry.

Lyric was from its inception a term used to describe
a music that could no longer be heard.

A metallic sound precedes the voice on the loudspeaker: we have begun our descent, stow your tray table, pass any remaining service items and unwanted reading materials to the flight attendant.