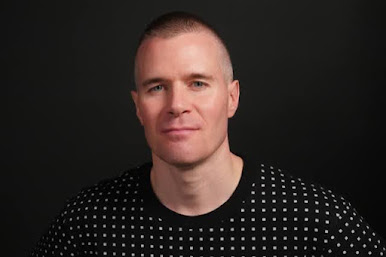 Chad Bennett’s first book of poems, Your New Feeling Is the Artifact of a Bygone Era (Sarabande Books, 2020), was chosen by Ocean Vuong for the 2018 Kathryn A. Morton Prize. He is also the author of Word of Mouth: Gossip and American Poetry (Johns Hopkins University Press, 2018), a study of twentieth century poetry and the queer art of gossip. He lives in Austin, Texas, where he is an associate professor of English at the University of Texas at Austin.

However modestly, the book has had a life of its own, traveling to places and spending time with readers both known and unknown to me—sort of like a more poised, confident doppelgänger. That experience of having the first book out, circulating in the world, has in some ways shifted how I write and how I think about the public life of my poems. Before, I never assumed or really anticipated an audience beyond close friends. Now, it registers more as a possibility while I’m writing.

I used to also write short stories but I am truly unable to construct or care much about plot (as a writer—as a reader I feel differently). I would always bog down in lush description of characters moving in and out of rooms, or speech tags would balloon into weird songs, or perspective would get stuck in extreme close-up, and pages would go by fixated on details while the more overt action took place out of frame. Eventually I stopped pretending I was writing fiction and just let the material become the poetry I was more interested in it becoming.

Poems almost always begin for me with the line: some unit of thought or music that sticks in my head and gums up the works of the day, such that I have to write it down. Things develop from there—sometimes quickly, sometimes months later, when I reencounter the line in my notes. My first book was definitely built at the scale of the individual poem, and became a “book” fairly late in the process. I like the idea of working at the opposite scale (conceiving of the book right from the start), but so far my ideas haven’t emerged in that way.

Despite being someone others have described as “shy,” I enjoy public readings and writing new work for the occasion of a reading has often been creatively generative. The potential for shame in reading your poems out loud to a room full of people is always high, at least for me. I find that flirtation with or experience of shame sort of thrillingly useful.

I read all poems as enacting theories of their worlds. And I also get a lot of intellectual pleasure and provocation out of reading criticism and theory, especially queer and poetic theory, and the ideas I encounter there certainly inform my writing, for better or worse. The questions that motivate my work are always changing, but the consistent one, I suppose, has to do with the dumb old problem of how opaque we all are to each other, and how to navigate and respect and maybe, on occasion, puncture the seductions and frustrations of that opacity.

I love that the public life of poetry, and of the poet, feels so vital right now. If only we were all getting our news from poems! But I wouldn’t want to prescribe any one role for writers. What draws me to poetry is its relatively greater ability to move outside the normal economies of function and value, free to become—at its best—an object of strange, non-instrumental attachments and a locus for all kinds of queer relations.

Mostly, I write and edit on my own. But the editors I’ve worked with have all had keen insights, and a light touch.

The genre of advice makes me queasy, even when the advice seems, or even proves, sound. Once something gets distilled to a bumper sticker it’s hard for me to do much with it besides nod my head up and down or side to side. And yet that doesn’t stop me from soaking up advice and sometimes, despite myself, giving it—it’s a seductive genre! Most of the advice I subscribe to has nothing to do with the (false) business or competition of writing and instead boils down to some version of “process over product.”

I’m a poet and literary critic, in different orders on different days, sometimes at the same time. For me, the textures of the research and thinking and writing in one genre nourish the other.

Always in search of a set routine, never establishing one. Someday!

I let my poems send distress signals out to other poems or writing and see what messages comes back.

Lots of other forms—movies, visual art, landscapes—but especially popular music. Songs are places where we store sensations, memories, emotions, bits of history or thinking; a musical phrase or hook can unfold an entire ambience, partly shared and partly private. I often draw on these resources in my writing, and I try, too, to get poetry to do that sort of affective work of becoming a public meeting place for our private histories.

I think this question is really the crucial question, to the extent that any particular answers to it feel beside the point! My answers would be many and mutable, and as soon as I start to make a list (James Schuyler . . . Roland Barthes . . . Gwendolyn Brooks . . . Gertrude Stein) I register the pain of its exclusions.

I’m afraid to open the Pandora’s box of this question.

The story I tell myself—probably suspect in its tidiness—is that the interior life that books first helped me to construct and inhabit at a young age sustained me until I could secure the external resources I needed to live and thrive. Writing was always an extension of reading those books and entering into their queer worlds when the world around me felt hostile to that queerness.

I just re-watched Stella Dallas (1937, directed by King Vidor and starring Barbara Stanwyck) last night and found its uneasy mix of sentimentality, snobbishness, and righteous menace around issues of class even greater than I’d remembered. And the last great book I’ve read is two books, both debuts: Jake Skeets’s Eyes Bottle Dark with a Mouthful of Flowers and Diana Khoi Nguyen’s Ghost Of.

Three things: writing new poems, working on a critical study of the poetics of queer awkwardness, and writing towards a book (part lyric essay, part memoir, part theory) about the history of relationships between women and gay men.