From Los Angeles poet Rosie Stockton comes the full-length debut, Permanent Volta (New York NY: Nightboat Books, 2021), winner of the 2019 Sawtooth Poetry Prize. Writing out rhythmic narrative stretches, Permanent Volta is a lively debut of music, lyric and staccato bursts composed across wide canvases, composing monologues on purpose, body, desire, work and money. Stockton writes on the distances between value and cost, on human consideration and considerations of labour, working through a lyric of subjectivity and gender, and who is allowed to choose. Stockton writes a spectrum of being, writing a consideration that there are no absolutes, or even binaries. There is some smart lyric here, composed through a poetic that remains in constant motion. “it is possible all deja vu is intergenerational,” Stockton writes, as part of the poem “MATERIAL MEMORY,” “we had learned it once but have forgotten / & we can’t explain it when it’s there. / mouthing the ghosts of phrases gives us the approximation of the thing / as if there were a thing to approximate / you’re all olive / juice & I say / ily2.” In a recent interview posted at The Believer, conducted by Ben Fama, Stockton responds:

The contradiction posed in the title is one of the main questions I was writing through in this book. As you say, if the turn is “permanent,” it exists in motion, in a constant state of becoming. I was interested in constant becoming in relation to form. Usually sonnets only have one volta, followed by some semblance of resolution in the couplet. How could a “permanent volta” refuse this resolution? I might even distill this poetic question into a familiar political question around reform or revolution: what does change look like within a given structure vs. what does it look like to change that structure? Like so many poets since the 13th century, I took the sonnet as the structure I wanted to sabotage, slow down, hustle, edge, and flood as a way to ask this question.

If the volta of the sonnet allows for the speaker to “turn” from one movement of thought to another, I wondered what tactics I might use to both perform change within the sonnet’s system and also dismantle the structure of the sonnet itself. In this way, I was interested in the historical material processes that gave the sonnet its authority. Who authored, and authorized, the first sonnet? 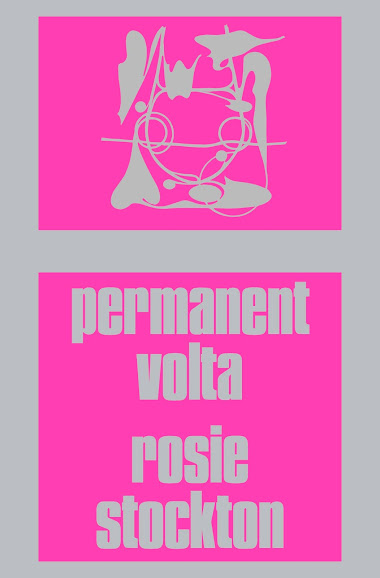 There is something really delightful in Stockton’s language: a striking lyric of verve and electrical impulse. There is an enormous amount of play throughout, what bpNichol referred to as “serious play.” Stockton appears to revel in poetic structure, allowing the rhythm of their sentences to flow fragmented across the length and breadth of the page in the “HAIGIOGRAPHY” poems, as nearly point-form hesitations of the title sequence, writing: “there are only / shadows / to write about / this early / in the morning // violent— / to be written / and I resist— /// I take apart / my body // to let my being / be a little more [.]”

The structural variation throughout the collection are delightful as well, as Stockton’s shifts of rhythm, narrative and breath are confident, halting and contemplative, fearless and wildly expansive. Poems are formed through accumulation, it would seem, short phrases set one against another, one after another, furthering a narrative accumulation that bounces and pings, as they write to end the poem “I WORK”: “but     I work / I will have to remind them                            as if to prove aliveness / to outshine my debt’s reputation / before the sentence begins [.]” Or, the final two stanzas of the six-stanza poem “ENFANCE V,” that reads:

Down here I know silence well, I am in charge,
I don’t have to talk to anyone anymore.
My oars are made of water,
my sapphire is made of steel. Let’s go.

Of course I am aware of the sudden chasm, this call
that casts bitter light, that dwells in my attitude.
But now it’s your turn. Tell me what unthinkable blaze
you miss me like.