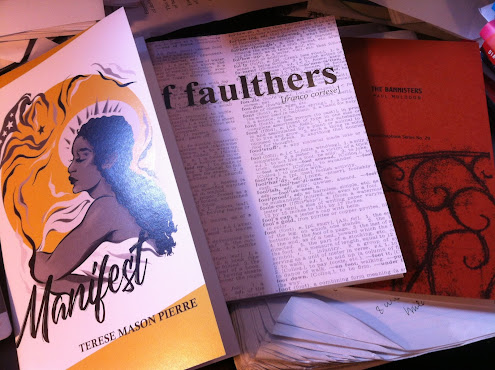 I am hoping everyone is safe and healthy out there in the world. I am home, we are home, we are constantly home. And have you been keeping up with the interviews over at Touch the Donkey, the essays over at the ottawa poetry newsletter, the weekly “Tuesday poem” series over at dusie, or the weekly interviews with current/former Ottawa writers via the Chaudiere Books blog? And you know the new issue of periodicities: a journal of poetry and poetics begins to drop on Monday morning, so watch for that, also. Current extra lock-downs throughout Ontario mean I’ve only released three items so far this year through above/ground press, but expect that once my print-shop opens again, I’ll be dropping a mound of new publications off there, immediately. Which means: there is still time to subscribe, yes? I am working on some pretty cool things, including Kirby’s issue of G U E S T [a journal of guest-editors], and new chapbooks by Edward Smallfield, Al Kratz, Adam Thomlison, Valerie Coulton, Anik See, katie o’brien, Khashayar Mohammadi, Jason Christie, Kevin Varrone, N.W. Lea and a whole slew of others.

Toronto ON: Toronto poet and editor Terese Mason Pierre’s chapbook debut, Manifest (Toronto ON: Gap Riot Press, 2020), is a collection of eleven poems engaged with the intimacies and responsibilities of being uniquely human. There is a thickness to her short narratives; composed to unfold via a heart that feels both longing and the blood-pulse. Hers is a sequence of lyric of chants and performance, dry humour and truths, storytelling her poems across great swaths of time. “There is no leader,” she writes, to open “Aliens Visit the Caribbean,” “we take them to our women. / They say, ‘Oh, so you have finally joined the / universe,’ and we reply, ‘Careful, there is one / nation still using Fahrenheit.’”

The Study of the Imaginary

A scientist enters a wild church,
steps into robbery and ress,
wood scorched into effigies,
an infant spine underfoot.
With a weak light, she assembles
her whiggish joints. When she stands
at the glass pulpit, a specter
announces her inspiration with song—
she has removed the log out of her
own eye, she has sacrificed her
only child, housed the preternatural
in her lungs forever.

Behind her, she can see grace
unfold into fear and collapse
a diamond tower, the promise of
wholeness wither in a paragon’s vise.
She tries to collect her body,
but her bones will not cooperate,
a wheezing trellis. She holds
all the more impossibility, coos
at the empirical. She settles
into the frame,
becomes human. 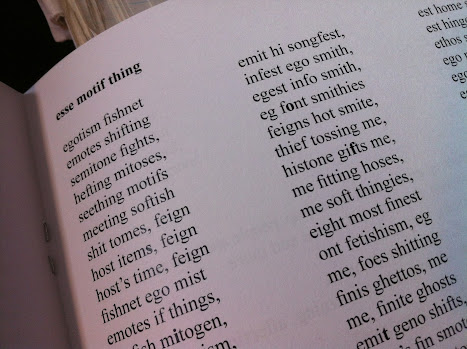 Toronto/Thorold ON: Franco Cortese extends his ongoing explorations of structured language and language structure through of faulthers (Toronto ON: Gap Riot Press, 2020), one of a slew of chapbooks he’s had over the past year or two. The pieces in of faulthers format and reformat an assemblage of word shapes, twists and sounds out of the very building blocks of words. Utilizing an array of paired poems, he plays sound off meaning, puns, translation and other shapes and digressions to see an idea through as far as it might go, and even a bit further. There are so many project-driven poetry-based projects that simply do not work because they don’t go far enough, and part of what makes these pieces work so fully, and so well, is Cortese’s ability to keep going. And I say thusly, also: keep going.

Montreal QC: I have to admit that I’m always a combination of baffled and impressed that Montreal’s Vallum magazine manages to consistently produce chapbooks by heavy-hitters (alongside their titles by emerging authors)—a list that includes Fanny Howe, Jan Zwicky, John Kinsella, DonMcKay and Bhanu Kapil—especially knowing how these titles seem to fly just under the radar. One of their latest is by Irish poet Paul Muldoon, his The Bannisters (2020), produced as “Vallum Chapbook Series No. 29.” Now, if you are one of those few who aren’t impressed by the fact that Muldoon’s work has won both Pulitzer Prize for Poetry and the T. S. Eliot Prize, and that he held the post of Oxford Professor of Poetry (1999-2004), it would be impossible to not be blown away by the fact that he worked collaboratively with the late Warren Zevon. I mean, really.

The six poems that make up The Bannisters are composed as short, sharp, sketches—a blend of portrait and scene—that write on artifacts, mortality, memory and distance. There is a musicality underlying everything, and a wistfulness, perhaps, as a stone hovering for a moment after its final skip, before it sinks down to its final depth.

Sometimes, as I turn a corner in County Tyrone, a roof of PVC
or corrugated iron
will scintillate no less persuasively
than an unperturbed stretch of Lower Lough Erne

abutting the lost kingdom from which my family hails.
Primarily a thatcher, my grandfather knew mange
was a complaint to which his Clydesdales
were all too prone, yet may not have recognized dementia

as a trait of the Muldoons. Sometimes as phrase
such as “Hugh had begun to dote”
will weigh as a Clydesdale’s withers would weigh with withies

while the pied wagtail crossing freshly turned furrows
is a tiny rowboat
glimpsed now and again in the trough between storm-waves.