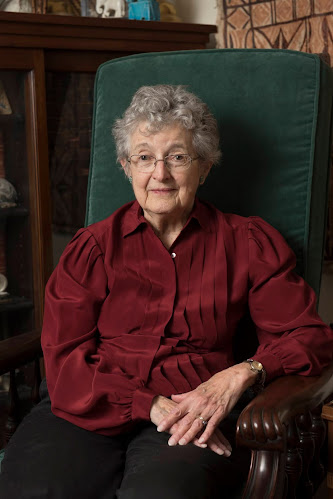 M. Travis Lane has published eighteen books of poetry and essays, and has won numerous awards and prizes, among them the Lieutenant Governor's Award for Excellence in the Literary Arts in 2017. She was short-listed for the Governor Award in 2015. Educated at Vassar and Cornell she and her family came to New Brunswick in 1960 and became Canadian citizens in 1973. She is an Honorary Research Associate with the English department at the University of New Brunswick.

My first book did not change my life. It came out in 1969. In those days I was not 86, and the world was not burning down. Every day has its difference, every year.

I have written long poems that knew they were going to be long, and short poems that did not plan to be parts of anything else. Poems begin differently: a phrase, a rhythm, an image, a situation— I have to see where they go as I write.

The concerns or questions are in the poem, not behind it. Why should a poem be an answer?

The writer's "role" depends on the writer and varies according to circumstances. My own job is to do as well as I can whatever I'm up to.

The outside editor is a unique person; some have been very helpful and some have not grasped what  my poems were doing. Tastes and intentions vary.

Phyllis Gotlieb told me I didn't have to load every rift with ore.

No routine.  Feed and pill and medicate the cat. Get dressed. Cook breakfast. Whatever.

When stalled, I do something else.

Books come from life— the whole of it.

During covid, at 86, with bad arthritis and a weak heart, I'm not sure what I could do that I would like to do but have not yet done.

I have a PhD in English literature and would have taught contemporary poetry.

Arundhati Roy's The Ministry of Utmost Happiness.  I prefer opera to film. Have no favorites.