Everything Will Be Taken Away
after Adrian Piper

You can’t stop mourning
everything all the time.

The ‘90s, the black Maxima with a tail,
CD wrappers, proximity to the earth.

Glamour and sweating in your sheets.
Speaking tongues. Men, even.

You are a woman now
but you have always had skin.

Here are some ways in which
you are not free: the interiors

are all wrong, you are a drought
sprawling. When you see god

you don’t like what you see.
It is never enough to be born

You like it at church when
strangers hold your hand.

You have a mouth men bless.
You look good enough to bury.

Furthering her responses to popular culture, as in her previous collection, There Are More Beautiful Things Than Beyoncé (Portland OR/Brooklyn NY: Tin House Books, 2017) [see my review of such here], is New York poet Morgan Parker’s third full-length collection, Magical Negro (Tin House Books, 2019). The title of Magical Negro references the movie trope of the “magical negro” (think of The Legend of Bagger Vance, as well as multiple Morgan Freeman movies), a worn-out and deceptive trope akin to that of the “angry black woman” (which originated with a white writer as a way of negating the concerns of black women). The poems in Magical Negro are powerful, and in certain ways are meant to be heard aloud, presenting a real performative push. Magical Negro is made up of stunning poems composed of a harnessed and focused rage, engaged and ongoing curiosity, a whip-smart lyric and a performative confidence that pops, sizzles and hums. “I have grown up less mysterious than my myth,” she writes, as part of the poem “Magical Negro #217: Diana Ross Finishing a Rib in Alabama, 1990s.” Parker moves her way through the myths of blackness, writing out her anxieties against the frustrations and histories of black culture, and the discrepencies between blackness depicted and lived: “I was / never a gentle wish,” she writes, as part of the poem “Black Ego (Original Soundtrack)”: “so it’s fair // to say I can’t sit still.” In a recent interview online at Publisher’s Weekly, conducted by Maya C.Popa, she speaks to the origins of the current collection:

I’m interested in representations, fantasies, or media inventions of black people and understanding what those representations do on a societal level to our view of actual black people. The Magical Negro poems especially are about celebrities. I don’t know why I’m so interested in celebrities. I think there’s an element with these figures we all feel like we know, but we don’t. They’re a part of our lexicon and of informing the ways that we see ourselves. Using that is a way for me to think about the bodies of people. The word magical is complicated: uplifting, but also dehumanizing. That’s something that I was also addressing. 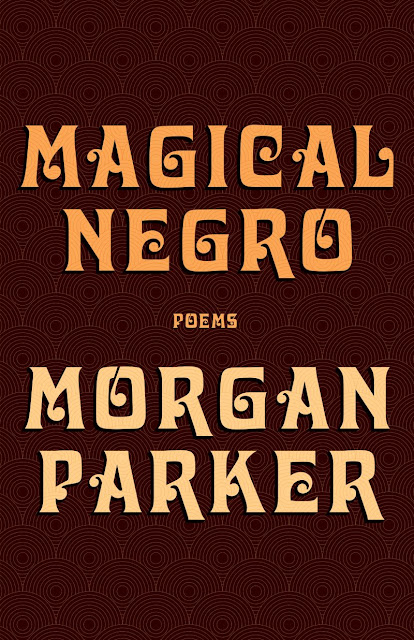 Poems in this collection reference and engage popular culture, as well as Diana Ross, Michael Brown, Zora Neale Hurston, Rodney King, Amira Baraka and Solange, among others. A particularly interesting exploration is the poem “‘Lilac Wine’ by Eartha Kitt vs. ‘Lilac Wine’ by Jeff Buckley,” that writes:

How many men
before I understand. I don’t want to

But I do. Invade.
Try to breathe

from their mouths.
The master’s tools—

I have them.
The house is getting too big.

The finest imports. Tender,
bittersweet. I want to

build a reef for us,
fill it with arrows.