No chance you’re pregnant the English doctor asked. No chance you repeated slowly, then added No chance. That was the summer all Tuscan girls wore green cargo pants & orange camisoles. It looked one way, shopping at Esselunga, & another in the piazza with your tumbler full of strawberry liqueur & the first blue stars catapulting over the Arno. The doctor resembled a townhouse, his hair peaked narrowly in the middle. Your fingers, in their closed fists, made a subtle heat exclusive to your experience. You took the green-yellow pills, thinly coated with sweetness & punched into a paper card. Weeks later, you let your companion take you into the woods by the beach. In his family’s summer house, you broke some old chairs to feed the fire, & then stem of your body unspooled in every room. Then you slipped your long feet into the green sandals you hadn’t realized were python leather until the scales had already kinked & dulled. You will never have another pair like that. Not real python.

I’m intrigued by Louisville, Kentucky poet Kiki Petrosino’s latest, the collection Witch Wife (Louisville KY/Brooklyn NY: Sarabande Books, 2017), a book that follows her two previous collections (also published by Sarabande Books): Fort Red Border (2009) and Hymn for the Black Terrific (2013) [see my pathetically short review of such here]. Dedicated to her two grandmothers, Witch Wife is an album of ghosts, examining her own influences, history and experiences. Her poems unearth a moment and then focus its full gaze upon it, pulling the memory apart and composing incredibly precise poems that use the details of those memories as both intense study and jumping-off point. “My exes shall rise up from their Mazdas,” she writes, to open the poem “Afterlife,” “& adorn themselves in denim.” Part of what is so compelling about this collection, apart from the lyric density of the poems, is the variety in form she plays with, moving from the more traditional lyric of line breaks and stanzas to prose poems, a structural play that becomes more obvious in a recent interview with her in The Iowa Review, conducted by Sam Leon:

This third book is sort of my meditation on poetic form, whereas the first book certainly was about introducing myself to whatever reading audience is going to be there for poetry and introducing my themes and concerns. I still adopt quite a few forms in that first book, but many of them were occasional forms. So in that first book, I had like ten poems that were called “Valentine” that were all this form I created that was this title and a big sort of address that reminded me of a valentine address. Maybe it was referring to the rhetorical surface of the poem. But in Witch Wife I have nineteen villanelles or villanelle versions. I have a pantoum, I have a sestina in there. So I’ve been looking at traditional forms and thinking about my relationship, my ethos with those forms. I also think that this book is a very personal book, since we’re talking about where I am personally, emotionally, and language-wise. 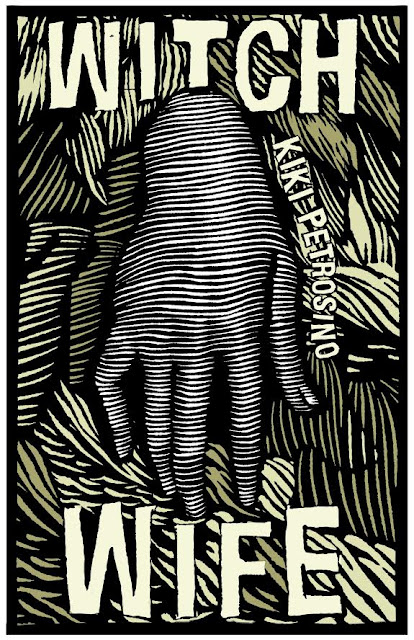 I’m impressed with how Petrosino utilizes the details of her own history, her ghosts, to explore, but it is her language—rich, vibrant and incredibly compact—that propels her poems into magnificence: “I keep time traveling / back to the noon of my birth.” she writes, in the poem “Contagion”: “Worse than a war zone/ that Sunday, that night, when I wept in the War / of myself. That’s the first war I knew. It was worse / than a war.”