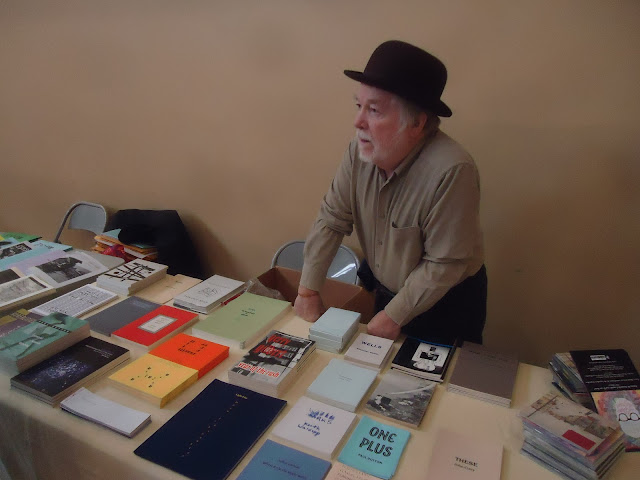 Further to my recent participation in Toronto’s Meet the Presses’ annual Indie Literary Market [see part three of my notes here; and you see I’ve been posting on our more recent ottawa small press book fair as well, yes?], here are another few items I collected there:

London ON: From Karen Schindler’s Baseline Press comes Shelly Harder’s impressive debut, remnants (2018), a sequence of short, tight lyric prose poems writing first-person narratives around travel, trauma and history. The understatedness of her writing is quite striking, allowing for a powerful display of the as-yet-unfulfilled possibilities of what was once referred to as “travel writing,” working to allow and explore, instead of designate. Harder, who has lived in a couple of locations around the world, writes out a series and sequence of unexpected connections, allowing, again, her experiences to inform in lovely ways. Just listen to her poem “AVIGNON,” that begins: “I have little to say about the south of France. That there must have been an intricate cathedral. That I went to a barber, pointed at the side of my head and said ‘court,’ pointed at the top at said ‘pas très court,’ and in this way acquired a grim hack job. That it was nice to see the papal palace, to be buttered slick in sun above the Rhone, to eat fresh greens with vinegar, oil, and Dijon.”

A man has spliced photos of the Berlin Wall into a panorama. A tree. Campsites of the indigent and adventurous nestled up to the death zone. A Shell gas station beside the campers. A pale king with golden crown graffitied to the wall. Two pigeons, bipedal, though of such lineage as to wing borders without peril, lounging on the wire. You are leaving the American Sector.

In the entry to the exhibition, a photo display documents everyday experiences. In one a family leans against flowerboxes before the Brandenburg Gate. “If you climb over these flowerboxes, you will be shot.” The woman whose memory this is says that as children they had “found the whole thing quite funny rather than threatening.”

There are continuities in hominoid curiosity across these decades. The panorama features a platform perched against the wall. Armed with cameras, people are lined up to peek into the death zone. In the room, a 3D past extending from within the wall, stands a girl. Before her stands a man with a camera on a selfie-stick. He points it at her. As though to line up the perfect shot.

Toronto ON: The third chapbook by Toronto (and former Ottawa) poet JM Francheteau is Heart & Mouth & Deed & Life (Anstruther Press, 2018), an assemblage of tight, first-person lyric accumulations, a number of which are composed as dedications to friends (Ottawa poet Jeff Blackman and his family, former Ottawa poet Matt Jones, etcetera). These are poems on thinking, reading and being, as author Francheteau exists in the world and responds to that world rather directly through poems: a world that exists with friends, pop culture and curious distractions. The poem “Sorry/’Sorry’,” for example, opens: “Elvis Presley is 72 years old / today. Elvis Presley / topped out at 43. / Soon, Justin Bieber’s Purpose / will be 12 years old, and 112, / and with it, ‘Sorry’ too. / Justin Bieber will be ‘Sorry’ / foever, till the bridges rust / into rivers that dab / their beams without sympathy, / till the servers slag into one / solid, sclerotic heart, / and no one feels anything anymore.”

Have you ever seen an abominable snowman on fire?
The rare lichen on their fur
turns the flame hot pink,
like a kid wilding out with a highlighter
over the filmstrip of reality.
Imagine igniting your uncle’s Frank Zappa records
over green wood. That smell, exactly,
incense and loneliness and tires.
Well, I don’t know how to tell you this,
but that smell is me.
I’m an abominable snowman
and I’m on fire,
seeking someone like me to engulf,
to stumble toward and collapse upon,
its paws falling on my shoulders
as my paws fall on its shoulders,
my rare lichen mating its rare lichen,
a pink star forming
where our foreheads touch,
in whose triangular blaze troops
of onlooking Boy Scouts learn the secret
of building a tepee to kindle a flame,
and Brownies divine the heat
inside playing house,
turning snow foxes red,
turning grey foxes black,
waving foxtails in the crowns
of the crackling trees,
all those unimportant parts between us
starting to sizzle and spit,
nipples and mossflowers and skin,
more smoke to beard the bachelor mountain.