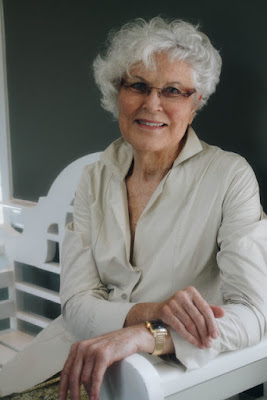 Dorin Schumacher’s 2017 and 2018 writings have appeared in The Brooklyn Rail, At Large, Fjords Review, Bridge Eight, Honeysuckle Magazine, Terminus, StatORec, Pank, Quiet Lunch, Roanoke Review (in press) and others. Her writing on silent film star Helen Gardner appears in Women Screenwriters (Palgrave Macmillan, 2015), the Encyclopedia of Early Cinema (Routledge, 2010), This Film is Dangerous (FIAF, 2002) and other anthologies and publications. Her personal writing appears in The New York Times, Stonepile Writers Anthology (University of North Georgia Press, 2014), and numerous other publications. She is a nominee for the 2018 Pushcart Prize. She is the author of Gatsby’s Child: Coming of Age in East Egg (Mastodon, 2018) https://www.mastodonpublishing.com/shop/gatsbyschild/
Her site is www.beacontowers.media.

Gatsby’s Child: Coming of Age in East Egg is my first memoir. I grew up among the ruins of the Beacon Towers castle that inspired F. Scott Fitzgerald to write The Great Gatsby. My father was a fake: a Jew trying to pass as Gentile and a man of modest means trying to pass as wealthy. I knew I had to pretend, so I did. Now I have told what really was going on.

When I was eight, my mother gave me a five-year diary that had about one square inch of space to write what happened that day and what I was feeling. I have been writing longer pieces ever since, including a PhD dissertation on French playwright Jean Giraudoux and many other genres. I think my first publication was an article in the local newspaper about our high school graduation party. I recall it was a glowing report from the narrow perspective of a popular girl. Later, I would create more ironic, less privileged perspectives.

I get an idea that I want to express, mull it over for a while, come up with a title and first sentence and start developing it. I build a first draft in pieces as they come to me. Some may come at night as I am trying to go to sleep. I scribble them down and incorporate them in the morning.

All of the above. I write short pieces about funny and sad things I’ve experienced, like “Methane” (Quiet Lunch, 2017) and “Bathroom Words” (At Large, 2017). I also write and publish short pieces about the silent films my grandmother Helen Gardner made between 1910 and 1924. She was the first movie star to have her own production company, and she produced and starred in the first long feature made in the U.S., CLEOPATRA (Helen Gardner Picture Players, 1912).

I select one of the 61 films she made and describe it as though we are watching it, and I channel her thoughts about the film and herself, so we are both inside and outside of her. An example is She Came, She Saw, She Conquered, 1911 (Bridge Eight, 2018) in which Gardner plays a schoolteacher who tames a class of delinquent boys.

I will combine the Gardner pieces into a coffee-table book with 50 black-and-white still photographs, so the work really functions as individual pieces and an exquisite corpus.

I love doing readings. I love the emotional connection with the audience.

I am trying to say my truth. The truth as it was when I was a child and wasn’t allowed to express it, and the truth as I see it now.

I feel that writing is a search for immortality.

The writer is a seer. A person who tells truth to power. A writer plays a very important role in society today.

I try to write in the morning while my mind still has its full energy. I write until the energy is exhausted and then I stagger through the rest of my day.

I am fortunate in having a rich personal history to draw from. On my mother’s side, my silent-film star grandmother—an eccentric if there ever was one—and my blueblood pedophile grandfather.  My mother who was in ten Broadway shows in the Roaring Twenties and my father a secretive, ambitious, first generation immigrant. I will never run out of fascinating stories.

I like to read memoirs, especially by women and other singular voices. Tara Westover’s Educated is a masterpiece of the genre. I’ve read Karl Ove Knausgaard’s My Struggle. Right now, I’m reading There There by the urban Native American Tommy Orange.

Live in France six months of the year. I love speaking French and love French culture and history. The rest of the year, live on the Upper West Side of Manhattan (where I was born) overlooking the Hudson River and immersing myself in the sophisticated culture New York offers.

I have come late to full-time writing, after four other careers to support myself and my children and save for the future, during which I wrote mostly non-fiction.

If I had done what my father wanted, instead of my mother who didn’t care, I would have gone to Radcliffe and then Yale or Harvard Law and become an attorney and helped him evade the law. But he was such a terrible father he messed me up and it has taken me years to recover and get on my own track, now as a writer.

After four careers and saving as much money as I could, I now can afford to write full time, a huge privilege.

The last great book: A Convenient Hatred, The History of Antisemitism by Phyllis Goldstein. I learned that if my father’s parents had not fled to the United States in the early 1880s to escape Lithuanian, Polish and Russian pogroms, I would never have been born.

I am working on answering your questions. And doing the final edits on my story “A Blooming Junior Year Abroad,” prior to submitting it to journals. Finalizing my three pieces on Helen Gardner’s groundbreaking VANITY FAIR (Vitagraph, 1911) in which she played Becky Sharp and became a star. Getting ready to go back to my final edits for ILLUMINATION (Vitagraph, 1912) in which she first displayed her talents as a vamp. I have four other Gardner pieces ready for final edits. I am also working on a funny (!) piece about scenes in an assisted living facility.

Posted by rob mclennan at 8:31 AM
Labels: 12 or 20 questions, Dorin Schumacher, Mastadon publishing