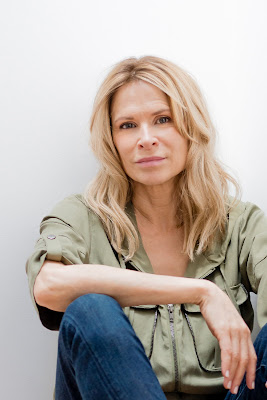 Maia Caron is the author of Song of Batoche, a historical novel about the Metis North-West Resistance of 1885. Song of Batoche was chosen by Raven Reads as their spring 2018 Read for Reconciliation, has been on the CBC’s list of 95 must-read books from 2017, CBC’s Historical Novels to Read This Summer list, and has been longlisted for the CODE Burt Award for First Nations, Inuit, and Métis Young Adult Literature. Maia lives in Toronto and is a member of the Métis Nation of Ontario.

It took me out of my comfort zone. A writer spends so much time in the chair, alone, in a dark room, with their characters. Suddenly, I was at literary festivals and on radio and TV, talking about this book. As a writer, you dream of other people interested enough to ask about it. But I never anticipated being asked such probing questions about the women’s story in my novel, or so much about Louis Riel.
How else did it change? When you’re working on a book, people always ask, “Are you published?” Before, when I said I wasn’t, they’d get that smug look, like, “Ya, I thought so, you aren’t a REAL artist.” Or “It ain’t art unless it sells.” WTF? Every writer I know, published or unpublished is creating art.
It is immensely satisfying not getting that look anymore.

I’m always telling stories in my head. I even rewrite my dreams as I’m having them. I was a poet first, in my early teens. Wrote some truly awful stuff. Then a compassionate high school English teacher turned me on to short stories. I fell in love with the form. Wrote those off and on for years, often using Hemingway as my ideal, which is not advisable. It was only five years ago that my first short story was published by a literary magazine. When I got that news, I screamed so loud the neighbours heard me. I was one step closer to getting a novel published.

An idea has to percolate for a long while before I’ll commit to it. It’s getting the idea and plotting it that takes so much time. The first draft of Song of Batoche was 180,000 words long and included the perspectives of a mammoth cast of characters. My next first draft is going to be tightly plotted. But I’m one of those writers who endlessly revises what she wrote the day before. I have to know if I can find the beauty in that world before I go on and know that this is what I’m committed to.
I started something earlier this year and worked on it for a few months. I ended up scrapping it for various reasons. Writing a book takes an incredible amount of time and effort. This next project, I’m not going to spend five years writing and another year revising with an editor. That was SO painful. I want the right story.

4 - Where does work of prose usually begin for you? Are you an author of short pieces that end up combining into a larger project, or are you working on a "book" from the very beginning?

I have about five “drawer’ books, novels that I never got published. Or starter novels, if you like. I’ve been madly writing them since the 1990s. I’d always plotted and written them from the beginning to end then workshopped them to death. This last project I ended up abandoning, I did write a chapter later on in the book, just to prove to myself that I could write a thriller. I think I can—that’s not why I abandoned it—but that was the first time I wrote out of sequence.

Public readings are terrifyingly amazing because they push you out in front of people who want to read your book, or have already read it and want to know more about your creative process. Last summer, when the editing was finished and the book went to advance reading copies, it struck me that I’d now have to actually talk about this book I’d spent the last five years writing and revising. I crashed a local Toastmasters group and went up to the crazy good speakers afterwards and asked, “What’s you secret?” When every one of them said, “I’m catatonic with nerves—this is all an act,” I realized that the only difference between someone who’s killing it up there and someone who’s tanking is confidence.
I thought, I’m not that bad of an actor, I can do this.

I went to my first literary festival last year basically terrified. But it was exhilarating. Instead of dying on the spot, I quickly learned that there is not one person who goes to these things and does not LOVE books, so it’s like getting drunk and gabbing around the table with your best friends. I’m not a natural performer, but I’ve come to enjoy readings and events.

I always have theoretical concerns. I’m an armchair philosopher, so I look for the existential meaning. I don’t think you can develop theme as a writer without having theoretical concerns.
The questions I’m trying to answer have to do with being a woman. How can she survive childhood sexual abuse and rape? And other betrayals and griefs. I’m interested in women characters who are haunted by their past.

The writer has a huge role in larger culture. Franz Kafka said, “A book must be the axe for the frozen sea within us.” I never want to write a book that isn’t some form of an axe.

It’s both difficult and essential. Song of Batoche was in and out of workshops with established writers/mentors, and I had an outside editor look at it before it was submitted to publishers. I spent a year reworking the book after that editor had it, which was the version that was accepted by Ronsdale Press. Was the editing process finished? Far from it. I had no idea that the entire book would be raked over the coals for eight months with an editor and copyeditor.

“Keep your bum in the chair.”
Also, what the great writer Marilynne Robinson said in an interview, which is more warning than advice, but I often heard her whisper it while I wrote: “If it doesn’t open on something larger, I get claustrophobic almost immediately.”

I’m up with the birds and can start working as soon as my dogs are walked and I have a cup of decaf in hand. I start by revising some of the material I’ve written the day before, which gets me warmed up to write new scenes. I eat cheese and crackers and then more of that and work as long as I need to, which meant 10-12 hour days during those eight months I was revising with my editors because we were working with a deadline.

Surfing the internet and following every bloody link to the deep web where I get all kinds of inspiration/entertainment/procrastination.
I’ll also read in my genre while I’m writing. Someone else who’s done what you’re attempting to do is inspiration.

The smell of pine needles fallen on a trail in the mountains.

Nature influences me. When I was revising Song of Batoche, I realized that I hadn’t really conveyed how incredible the sky is against the land in Saskatchewan. I looked at a lot of photographs, ones I’d taken when I was out there on a research trip, and others, of storms and winter. And I was always writing on my phone when I was out in all kinds of weather with my dogs, studying the sky, trying to capture what the light was like and how a flock of birds flew out of a tree, that kind of thing.
I write in silence, but I listened to music when I was driving to and fro, trying to keep myself immersed in the story—especially the love story. I had Alison Kraus’ The Scarlet Tide on repeat when I was writing those scenes.

Go on safari in Africa.

I’ve always wanted to be an opera singer. As an art form, how amazing to move people with your voice?
This is random, but if I hadn’t been a writer, I would have probably been in advertising. I went to an arts/fashion college in California in the late 70s, and studied a bit of advertising. I love the creative process behind ad campaigns.
Or staging homes for sale. I’m a Martha Stewart type with décor.

I lived inside my head. You have to write that shit down to understand it.
I was a sensitive child in an insensitive world. I had to get it down on paper or implode. And I was a prodigious reader. We didn’t have a library where I grew up, but a little book lending trailer used to park in a back lot in town. It became my idea of heaven and I read everything in it. On my summer vacations, I would voluntarily submit book reports to the librarian in the trailer. I was that much of a book nerd.
I think reading the Lord of the Rings trilogy every summer of my teen years, while also being tragic, made me realize I was happiest drowning in a story, so why not actually write them?

The Mars Room by Rachel Kushner.
I’m a sucker for films like Out of Africa . . . great romances where everyone either dies or splits up in the end. I like an excuse to cry.

I have three story ideas percolating. I’m being picky this time about which one I’m going to spend my next three to four years on. It has to be something I’m passionate about.
Resistance of 1885. Song of Batoche was chosen by Raven Reads as their spring 2018 Read for Reconciliation, has been on the CBC’s list of 95 must-read books from 2017, CBC’s Historical Novels to Read This Summer list, and has been longlisted for the CODE Burt Award for First Nations, Inuit, and Métis Young Adult Literature.

Posted by rob mclennan at 8:31 AM
Labels: 12 or 20 questions, Maia Caron, Ronsdale Press