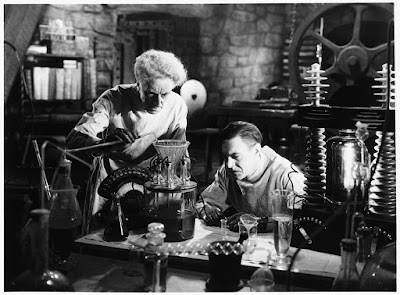 After nearly a year, I return once again to offering poetry workshops. Originally held at Collected Works Bookstore and Coffeebar, this session will be held upstairs at The Carleton Tavern, 223 Armstrong Street (at Parkdale).

The course will focus on workshopping writing of the participants, as well as reading various works by contemporary writers, both Canadian and American. Participants should be prepared to have a handful of work completed before the beginning of the first class, to be workshopped (roughly ten pages).

For those unable to participate, I still offer my ongoing editorial service of poetry manuscript reading, editing and evaluation.
http://www.robmclennan.blogspot.ca/2014/07/robs-ongoing-editing-service-poetry.html

Born in Ottawa, Canada’s glorious capital city, rob mclennan currently lives in Ottawa, where he is home full-time with the two wee girls he shares with Christine McNair. The author of nearly thirty trade books of poetry, fiction and non-fiction, he won the John Newlove Poetry Award in 2010, the Council for the Arts in Ottawa Mid-Career Award in 2014, and was longlisted for the CBC Poetry Prize in 2012. In March, 2016, he was inducted into the VERSe Ottawa Hall of Honour. His most recent titles include notes and dispatches: essays (Insomniac press, 2014), The Uncertainty Principle: stories, (Chaudiere Books, 2014) and the poetry collection If suppose we are a fragment (BuschekBooks, 2014). An editor and publisher, he runs above/ground press, Chaudiere Books, The Garneau Review (ottawater.com/garneaureview), seventeen seconds: a journal of poetry and poetics (ottawater.com/seventeenseconds), Touch the Donkey (touchthedonkey.blogspot.com) and the Ottawa poetry pdf annual ottawater (ottawater.com). In fall 2015, he was named “Interviews Editor” at Queen Mob’s Teahouse, and recently became a regular contributor to both the Drunken Boat and Ploughshares blogs. He spent the 2007-8 academic year in Edmonton as writer-in-residence at the University of Alberta, and regularly posts reviews, essays, interviews and other notices at robmclennan.blogspot.com