Since building myself a Patreon author page, I've also been posting to a password-protected patron-only blog. I thought it might be worth reprinting the occasional post here, for the sake of general interest. Perhaps it might be worth tossing a ducat or two towards? 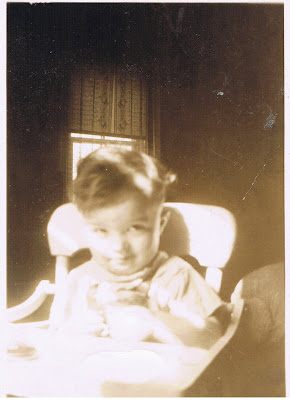 For a variety of reasons, I’ve been thinking, again, about the literary memoir. I’ve been telling myself for months that, once my manuscript of short fiction, “On Beauty,” is completed and out of the house (this year, I keep telling myself; this year), I’m going to re-enter and rework my post-mother creative non-fiction project, “The Last Good Year” [a variety of work-in-progress sections are posted here] (and once that done, of course, returning to spend a year or two completing “Don Quixote,” a project I wrote of in this space a few weeks back). Prompted by my mother’s death in August, 2010, I’d spent the better part of three years attempting on a better understanding of her, her life and our relationship, composing a portrait of my mother, both as I knew her, and prior to me knowing her (when she was quite different, I’d learned). I wanted some clarity. And besides, I was getting too old to still carry certain things around with me.
Even as I worked on “The Last Good Year,” I was conscious of the fact that I was focusing on her over my father. Sure, it was the point of the memoir/portrait, but there was still the decision of writing one over the other; might I attempt one around him down the road? I was years away from that (and still am, really).
I was already aware of other writers who had worked on creative non-fiction, including those brilliant early titles by Ottawa writer Elizabeth Hay, but it was really the anthology The Heart Does Break: Canadian Writers on Grief and Mourning (Penguin, 2009), edited by Jean Baird and George Bowering, that gave me a particular kind of permission to finally write after my mother had passed. The prose of Susan Howe’s That This (New Directions, 2011) was also an influence, as was, more abstractly, the memory of American poet Charles Olson’s The Post Office: A Memoir of His Father (Grey Fox Press, 1975), a slim volume I must have read some ten years prior. Since those days, of course, there are brilliant mother-memoirs from Jeanette Winterson and Priscila Uppal, both of which I’d highly recommend.
I’ve had my eye on creative non-fiction for some time, finally sitting down to focus on the form during my time in Alberta in 2007-8, after filing away numerous examples and considerations for years. I’ve an unpublished non-fiction manuscript from my time in Alberta, and a subsequent one around my time in Toronto (fragments of both appear as columns during those periods for Open Book: Ontario), both completed (or abandoned) before those few, dark days of August, 2010. It wasn’t until I began “The Last Good Year” that it felt as though the form was really starting to “click” with me; far too often I require a failed manuscript or two in any form before I manage to understand the possibilities of utilizing that form in a useful way, and creative non-fiction has been no different.
Otherwise, prompted by discovering the identity of my birth mother and opening an email contact (nothing else yet, for a variety of reasons) some two years ago, I’ve sketched out some scattered notes around some of that, but time (ie: babies) hasn’t really allowed me to focus on the project, let alone the knowledge that I might never be able to have the permission to do anything with it. Some of the stories are not mine to tell, and therefore, I must keep such to myself (but that doesn’t prevent me from writing on any of it, for the sake of attempting to wrap my head around what all of it is and means).
On the day our wee girl Aoife was born (April 16, 2016), I finished reading (with a couple hours to spare) Jean McKay’s first book, Gone to Grass (Coach House Books, 1983), a compelling and lively prose work composed around memories of her father. Might I ever write on mine? I certainly don’t want to be in a hurry; such projects are often prompted by death, which also reduces the possibility for certain questions. On Sunday, my father turns seventy-five years old (we’re having a surprise birthday party for him, so shush), so I’m sketching out some short notes this week, thinking I should probably say something. As a writer, I wonder if the responsibilities for speaking at such an event become a little bit more. Should I say anything? Or have I already said enough?