another weekend in old glengarry: 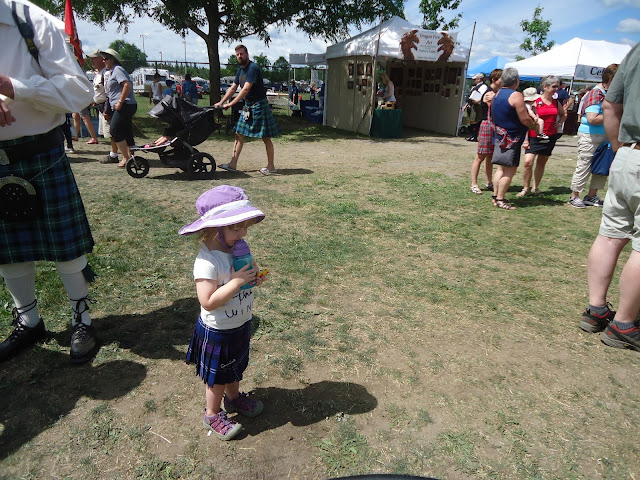 We spent the August long weekend on the homestead again, for the sake of both the Glengarry Highland Games and my sister's annual bbq (my daughter Kate was working, and unable to come this year). Driving straight to the fairgrounds in Maxville on Saturday morning, we managed to miss my niece Rory singing at 10am (it takes forever to get out of the house, as you might imagine), but caught the Clan Parade again this year. I think the MacLennan contingent quite enjoys when my sister Kathy and I arrive with our broods, given we swell the ranks by at least three times when we do. 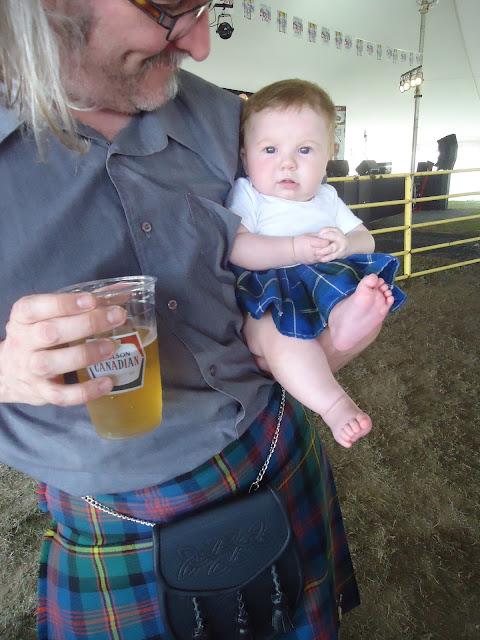 Unlike last year, we didn't manage to catch any photos of us standing behind the banner as part of the parade. The year prior, we didn't even know the parade was an option.

Rory, at least, sang again later on in the day: we caught that (and found out it was the same set as they'd done earlier).

We walked as part of the parade, and then saw Rory dance as part of the opening ceremonies. After that, I managed to convince everyone over to the beer tent. I mean, they had shade, and benches where Christine could nurse Aoife, after all...

And of course I wore my kilt. Where else might I even be able to? Aoife wore the onesie with Nova Scotia tartan we'd picked up for Rose a couple of years back, and Rose wore her more recent kilt. 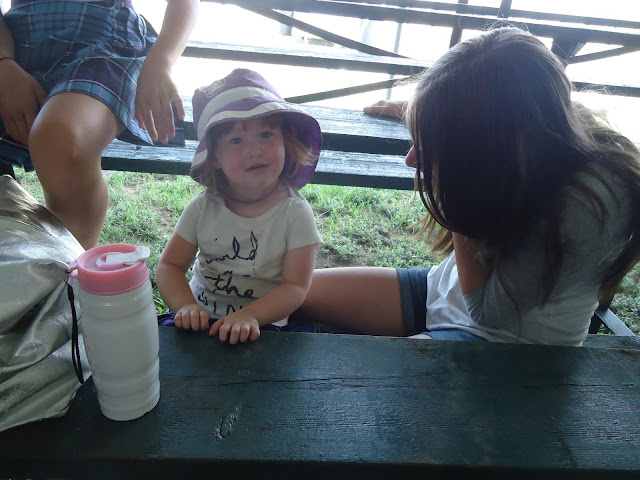 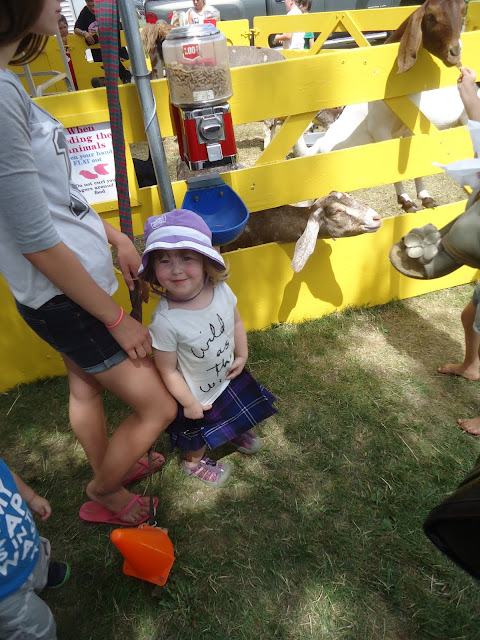 I'd hoped to actually catch some of the competitions again this year, unlike the past two years, but we didn't quite make it. From the beer tent, it was the kid's area, where Rose's cousin Emma helped her feed some goats (and we too had some kind of lunch).

Rory was singing at 2:30pm, back by the Clan Barns, so we headed that way. Once that was over, toddler Rose, despite the ice cream, was starting to melt down (her lack of nap wasn't helping), so we wandered back to the farm. But not, of course, before I managed to snag a new t-shirt (I'd hoped for one for Rose, but they were long out of kid sizes). 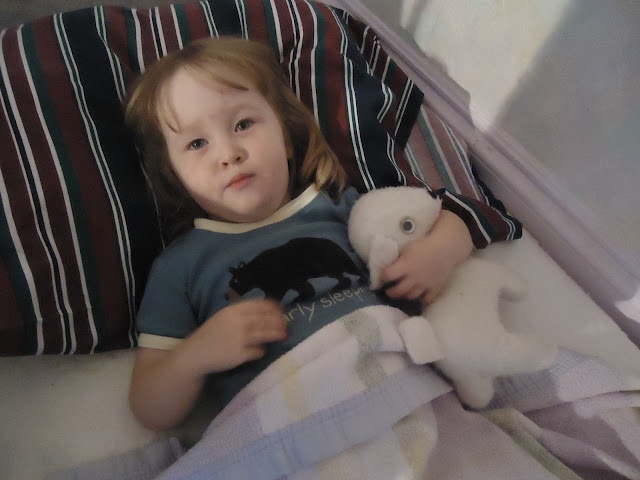 Later that night, as I put Rose to bed (which, sans nap, was far easier than it should have been), I settled her with the lamb that had been my father's, when he was wee. 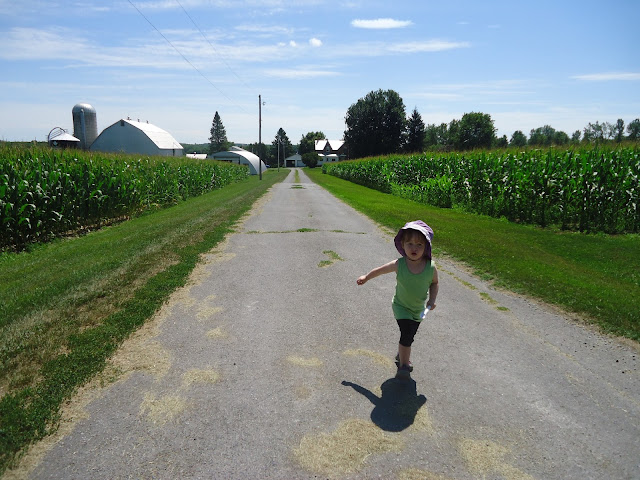 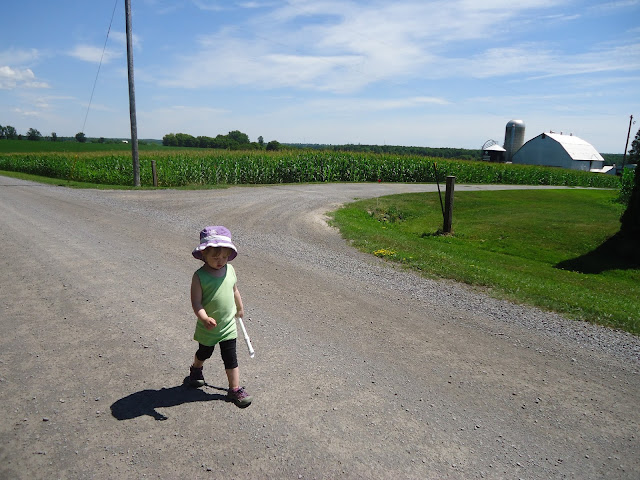 I'll admit I was enjoying that Rose kept playing with my father at the house, not necessarily giving him an option for a tea party, or one of her games, or colouring. He wasn't the most hands-on with any of us, seeming more awkward about playing with small children, but Rose was undeterred.

On Sunday, we headed across the road to my sister's house for her annual bbq. Given we'd purchased Rose a recorder (we were calling it a "flute") to keep her settled during a dollar-store run en route to the Games, she and I walked over as Christine and Aoife drove, so Rose could play it as loud as she could (she'd felt stymied by our suggestions to play it softly in the house; neither my father nor Christine were impressed with her constant playing). I HAD HER PLAY IT VERY LOUD.

My father asked: You're going to take that with you, aren't you?


She enjoyed catching her own echo from the trees, so she yelled: Hah! Hah! Hah! 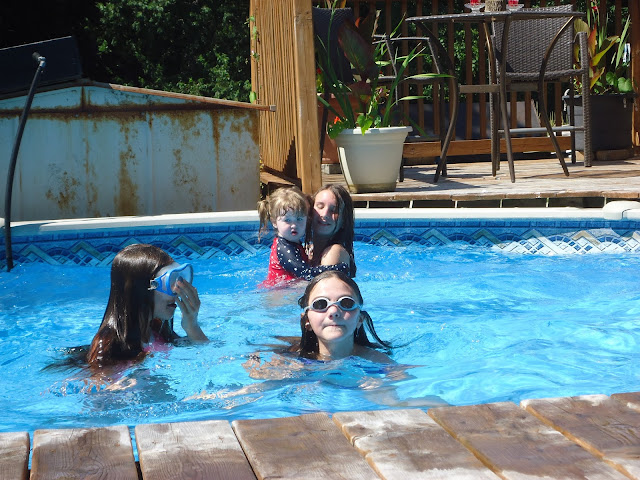 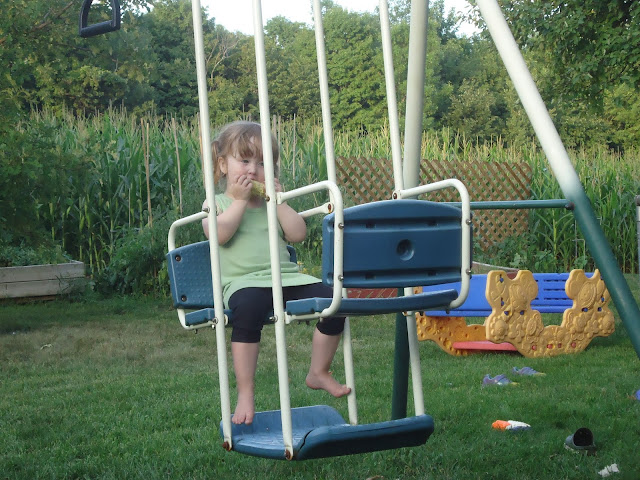 Once at my sister's, there was the trampoline, and the pool (and the massive spit, where the pig was being roasted). And the garden. And a bunch of other kids, of various ages. Rose played with a little boy, Phoenix, who seemed maybe eight months younger than her, for most of the day.

Emma accompanied her into the pool for a bit, before she tired of it, and I took over. It was a struggle to finally convince her to come out.

Rose loved corn. More than a couple of times, she simply served herself, picking another cob or half-cob from the plate. She spent the whole day either running, or playing upon the trampoline. 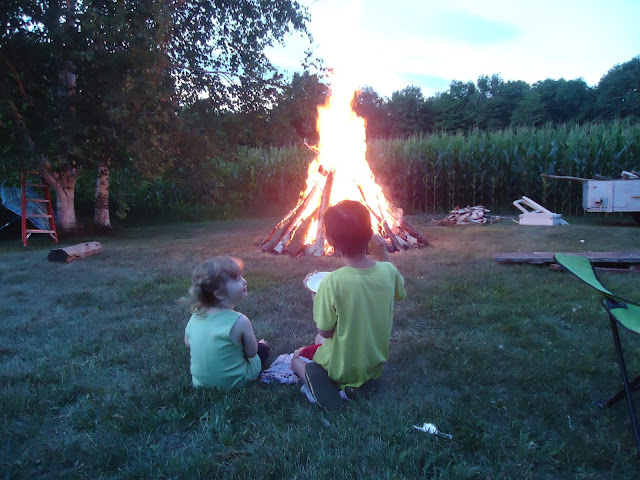 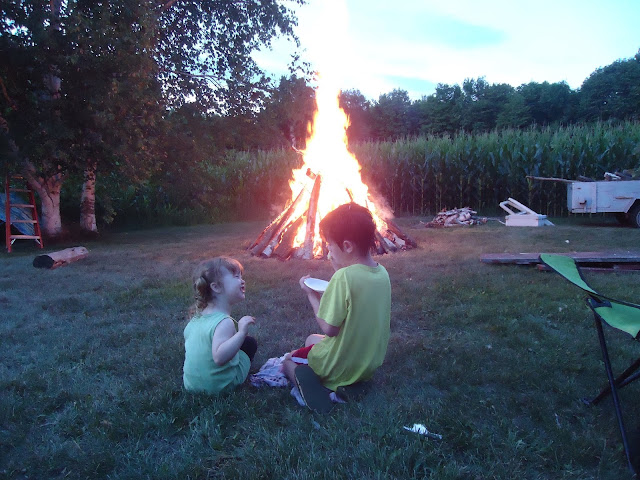 And then there was dusk, when the fire began. Rose sat for a bit with her cousin Duncan. 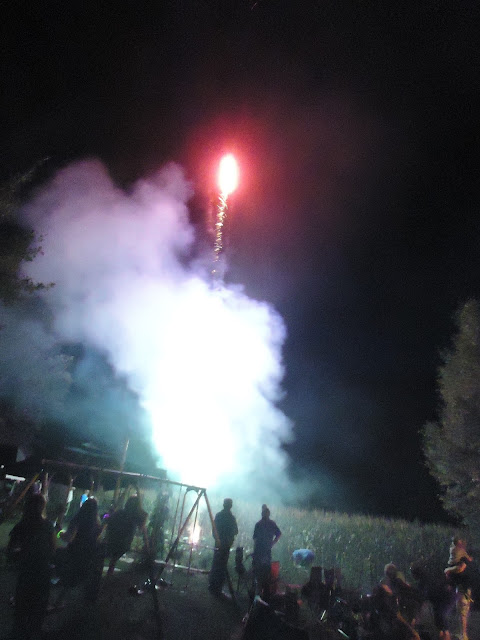 Before both young ladies crashed. Aoife on me, and Rose on Christine's back. Rose slept through the incredibly-loud fireworks, but Aoife woke; the fireworks were impressive (set off around 10pm), but once finished, we sauntered back to the homestead. Aoife yelled the whole way.

The next morning, I went first thing for coffee etc at the Tim Horton's on Highland Road, and discovered a truck had missed a curve and plowed into a row of trees. The front was caved in, the passenger door ajar and the truck was sitting on a row of stumps, making it impossible to move (they've been expanding boundary road lately). Hoping the driver was okay. Presuming a middle of the night event. By the time I returned with coffee, there was already someone checking out the truck. By the time we were leaving, the truck had disappeared and a cop car was resting nearby.

My father didn't recognize the description of the truck. 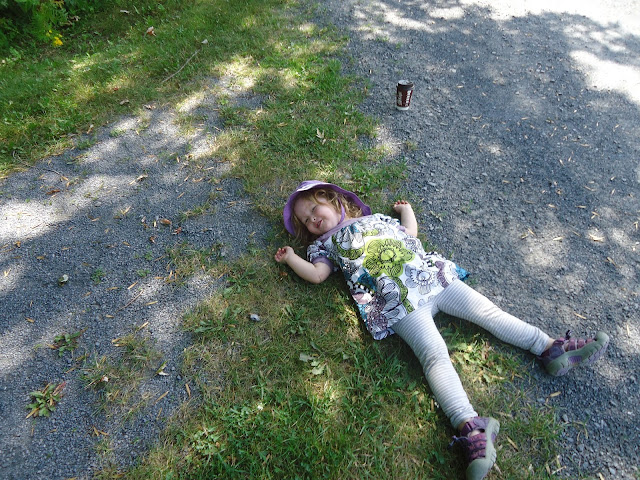 Before heading home, we wandered east and south into Lancaster, and towards Cooper Marsh. I thought it might be more interesting to have a bit of running around for the toddler, instead of simply driving straight back to the house.

While looking at flowers, she insisted on doing some kind of 'flower-dance' (instead of allowing me to take a still photo). 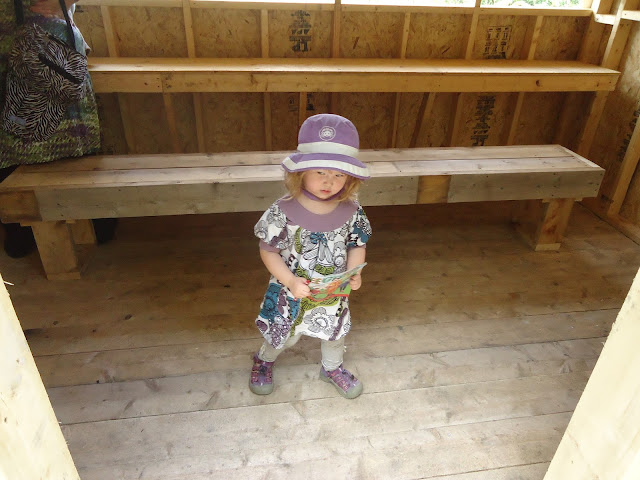 We walked through some of the paths, and Rose ran and ran and stopped occasionally to colour and then ran and then insisted upon being carried again and then put down and then carried again (meaning Christine had to re-build her particular carrier-wrap once more), etcetera.

And then it was Dairy Queen in South Lancaster for lunch, before both girls slept the bulk of the drive home.
Posted by rob mclennan at 8:31 AM
Labels: Aoife McLennan, Christine McNair, Cooper Marsh, Glengarry, Glengarry Highland Games, Kathy McLennan, McLennan genealogy, Rose McLennan