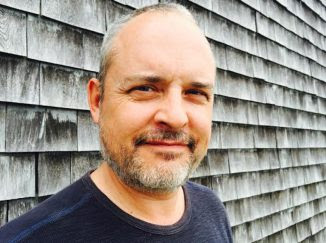 Stephen Maher is a novelist and journalist based in Ottawa. In 2012, he published his first novel, Deadline, a political thriller. As an investigative journalist, he has received a National Newspaper Award, a Michener Award, a Canadian Hillman prize and two Canadian Association of Journalism awards. He is a 2016 Harvard Nieman fellow. Maher was born in France and raised in Nova Scotia. He has lived in Toronto, Newfoundland, Jamaica, Japan, France and the United States.  He lives in Ottawa with his partner, Camille, and his old sailboat, Free Spirit.

1 - How did your first book change your life? How does your most recent work compare to your previous? How does it feel different?
My first book, Deadline, didn't change my life hugely. It did change the way some people saw me in the world where I spend a lot of time: the political bubble in Ottawa. It's a Canadian political thriller, so that's where it had the most impact.

It was an attempt to do something that is really journalistic, to explain the world of politics, this world that often looks quite dark and cynical, full of power-grasping, ruthless people. I wrote it, in part, because I felt that I couldn't tell the whole truth through journalism.

My second book, Salvage, is more personal. It's set on the South Shore of Nova Scotia, a part of the world that I love. I have more mixed feelings about the political world here in Ottawa.

2 - How did you come to fiction first, as opposed to, say, poetry or non-fiction?
I had been poking away at fragments of fictional things since I was a child, but never stuck with anything long enough to finish it until I put myself on my old sailboat at anchor and started writing Salvage. I put myself in a situation where I would either write every day or waste my vacation sitting on a boat by myself. I had a gasoline generator, to power my laptop, and two uninterrupted weeks. I spend 14 to 16 hours a day writing by myself. By the end of my vacation, I had finished the first draft of Salvage.

3 - How long does it take to start any particular writing project? Does your writing initially come quickly, or is it a slow process? Do first drafts appear looking close to their final shape, or does your work come out of copious notes?
I start by writing 75 pages or so, trying to feel my way through the material, then stop, set the work aside and think about the story, the characters, the structure. In my next burst, I design the plot, scene by scene, figuring out what should happen, making notes, structuring the story but not writing anything much. That feels odd, strangely unproductive, but I think it is a more productive process for me than trying to feel my way forward. Then, when the story is designed, I set it aside again. When I return to it, I might rewrite the first bit I wrote and then proceed, putting flesh on the skeleton story. Then, when that is done, I put it aside again, and begin the rewriting process, which is the hardest, least fun part.

4 - Where does a work of fiction usually begin for you? Are you an author of short pieces that end up combining into a larger project, or are you working on a "book" from the very beginning?
I am usually thinking about the next book while I am writing the current one. I will sometimes have a few ideas that I go back and forth to, trying to decide what would be more interesting. So far, I have finished everything I started. I don't write short stories or poetry or non-fiction, except for journalism. My writing has two modes: daily political journalism and fiction.

5 - Are public readings part of or counter to your creative process? Are you the sort of writer who enjoys doing readings?
I enjoy doing them, but not hugely. It's nice to get the sense of how your words come alive to people, but I think public readings are fairly low on the scale of satisfying public performance. Compared to a play or a concert, they can be kind of flat. I've been to a fair number of readings, including some by great writers, and I find the reading part is often kind of flat. The question-and-answer part is usually better. The best I've attended was with David Sedaris, who just had everybody laughing and feeling good.

6 - Do you have any theoretical concerns behind your writing? What kinds of questions are you trying to answer with your work? What do you even think the current questions are?
I don't have theoretical concerns in my writing, I don't think, but I am working with themes. My first book, Deadline, was about power, its uses and abuses. Salvage is about love, death and community solidarity. My next book is about social media, the changing sense of self and narcissism, more current questions.

7 – What do you see the current role of the writer being in larger culture? Does s/he even have one? What do you think the role of the writer should be?
Writers are story tellers. Humans need stories as much as we need food. Stories allow us to order the chaotic world. The role of the writer is to tell stories that help people come to terms with the world, and themselves, by telling stories that feel right. Any other role is necessarily subordinate to that, and hugely less important. For instance, I enjoy Stephen King's political commentary, which seems to spring from the same passionate sense of decency that we see in his stories, but it not hugely significant. He is a writer. His stories matter. His commentary doesn't matter much. There are occasional figures -- like Andre Malraux -- who play a significant political role, but they are rare.

8 - Do you find the process of working with an outside editor difficult or essential (or both)?
I don't find it difficult. I welcome it and I have been fortunate to have good editors.

9 - What is the best piece of advice you've heard (not necessarily given to you directly)?
Don't talk about what you're writing, because it will kill the impulse to tell the story and you will end up speaking it instead of writing it.

10 - How easy has it been for you to move between genres (fiction to journalism)? What do you see as the appeal?
Fiction is harder than journalism, because in journalism you are basically telling people stories you have learned about. If you have information people want, they need to read your stories. With fiction, you must invent stories that touch something in people. I am drawn to it, though, because it is deeper, more meaningful, and because of the creative high when the writing is going well.

11 - What kind of writing routine do you tend to keep, or do you even have one? How does a typical day (for you) begin?
I write fiction in spurts, in isolation, on my old sailboat or in a cabin or beach house. When I can set aside time for writing, it is all I want to do. Wake up, write. Go for the odd run. Write more. Eat a sandwich. Write. I like to be alone and I like to do it all day, for days at a time, so that I get into a different place. I can't do the thing that many writers do, where they get up early every day and write for an hour before they do some other job.

12 - When your writing gets stalled, where do you turn or return for (for lack of a better word) inspiration?
I sometimes like to float in the water, hanging onto my anchor line, with my ears in the water and my eyes closed, and will the story to reveal itself to me. Running can also be good.

13 - What fragrance reminds you of home?
There's a distinct low-tide mud-flat smell that tells you you're in the Maritimes, and there are mussel beds nearby.

14 - David W. McFadden once said that books come from books, but are there any other forms that influence your work, whether nature, music, science or visual art?
Movies. Gore Vidal wrote a piece for New York review of Books in 1973 where he showed how many bestselling novels can be thought of as warmed over movies. Cinema has had a huge influence on our thinking and reading, and it's as true for me as for anyone. These days, TV as well. I've been watching Better Call Saul, The Night Manager and other series that are, arguably, as good as anything you can read. Annie Proulx, in an essay about Brokeback Mountain, wrote that the movie is in a way a better, more complete version of the story than her original story. Film and TV have swallowed fiction.

15 - What other writers or writings are important for your work, or simply your life outside of your work?
Mordecai Richler. Margaret Atwood. John le Carré. Michel Houellebecq. John D MacDonald. Patricia Highsmith. Elmore Leonard. Gillian Flynn.

16 - What would you like to do that you haven't yet done?
Sail my boat to the Caribbean.

17 - If you could pick any other occupation to attempt, what would it be? Or, alternately, what do you think you would have ended up doing had you not been a writer?
I sometimes think that I would like to be a private detective. As an investigative journalist, you are always limited by ethical constraints -- the requirement to always be honest and forthcoming -- restraints that don't bind detectives. I imagine it makes it easier and more fun. On the other hand, you are pursuing private interests, and the great thing about journalism is that it's in the public interest.

18 - What made you write, as opposed to doing something else?
I have had the urge to write since I was small. It comes from the love of reading, I suppose, and the desire to be useful.

19 - What was the last great book you read? What was the last great film?
I don't know if it's great, but this week I reread The Deep Blue Good-by, the first novel in John D MacDonald's Travis McGee series of Florida thrillers. It's certainly really good. I find MacDonald a not-very-guilty pleasure. He writes so well that from time to time you think: this isn't really pulp. It is, I suppose, but it's really good.

20 - What are you currently working on?
I'm about to start rewriting a book with the working title Social, a thriller set in the world of social media marketing in New York City.