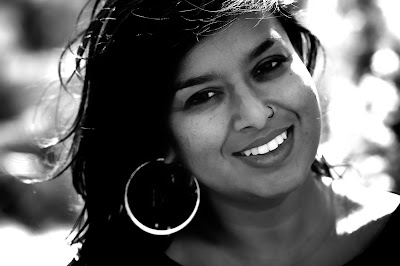 Nayomi Munaweera’s debut novel, Island of a Thousand Mirrors was long-listed for the Man Asia Literary Prize and the Dublin IMPAC Prize. It was short-listed for the DSC Prize for South Asian Literature and the Northern California Book Prize. It won the Commonwealth Regional Prize for Asia. The Huffington Post raved, “Munaweera’s prose is visceral and indelible, devastatingly beautiful-reminiscent of the glorious writings of Louise Erdrich, Amy Tan and Alice Walker, who also find ways to truth-tell through fiction. The New York Times Book review called the novel, “incandescent.” The book was the Target Book Club selection for January 2016. Nayomi’s second novel, What Lies Between Us was hailed as one of the most exciting literary releases of 2016 from venues ranging from Buzzfeed to Elle magazine. Her non-fiction and short fiction are also widely published. www.nayomimunaweera.com.

1 - How did your first book change your life? How does your most recent work compare to your previous? How does it feel different?
The first book changed everything. I'm in Sri Lanka now working on a writing and reconciliation program that I love with a writer I grew up reading, Shyam Slevadurai. This kind of thing was unthinkable before the book came out. Trips to Sri Lanka, the country of my birth before publication meant boring visits with gossiping relatives. After the book came out, I come here to do work that feeds both my soul and those of young people wanting to be writers etc. That's just the most obvious answer at this moment.

My second novel What Lies Between Us came out in Feb of this year. Whereas my first, Island of a Thousand Mirrors was the story of a country coming into being, this book is a deeply psychological look at one character- a woman who has committed a terrible crime. Comparing books is like comparing children so I can't tell you one is better. And yet- from the feedback I'm getting from readers- the second is defter and more confident.

2 - How did you come to fiction first, as opposed to, say, poetry or non-fiction?
I don't think I had a choice. I had to write the books that came to me and swept me along with a sort of undeniable force.  I've written some short non-fiction but it's never had as much of a pull. Poetry has never called, although my writing has been called poetic so maybe the distinctions are not really necessary.

3 - How long does it take to start any particular writing project? Does your writing initially come quickly, or is it a slow process? Do first drafts appear looking close to their final shape, or does your work come out of copious notes?
Each book is different. My first was started in 2001 and finished in 2009, published in 2012. As I said, I was really stumbling through the dark teaching myself what to do. I didn't even know I was writing a novel for a long time. The second came quicker because I had a much better sense how to do it, how to manage the usual cycle of self loathing, depression and euphoria that comes with any creative endevor and which is the reason most beginners give up. I'm working on my third now and it's coming much faster. I start with a big messy, ugly, pile of crap and then I shape it over and over and over and over until it is as close to perfection as I can humanly get it- this is never as good as what I dreamed of.

4 - Where does a work of fiction usually begin for you? Are you an author of short pieces that end up combining into a larger project, or are you working on a "book" from the very beginning?
Book- from the beginning.

5 - Are public readings part of or counter to your creative process? Are you the sort of writer who enjoys doing readings?
I think most writers are introverts. I am too. There is such a difference between the deep solitary mental work of writing- there has to be a sort of monastic withdrawal into the inner world to produce work. The other part of the job is to emerge from that world and share your work with the world-give a damn good reading. I try to do that- I think it's important that a writer reads their own work extremely well. If you sound bored by your writing- why wouldn't the audience be? It's an insult to them and to you. A writing teacher told me this early on and I took it to heart. So despite being an introvert I love sharing my work- I'm much better at this-talking to huge groups than small talk at parties- something that seems contradictory but I think many writers feel this way.

6 - Do you have any theoretical concerns behind your writing? What kinds of questions are you trying to answer with your work? What do you even think the current questions are?
Yes of course, I think every writer has concerns. I think my overwhelming question is-what does it mean to live in the world with a female body? What are threats implied, how does one survive? I addressed this in the first book by placing the female body in the context of civil war. In the second book I explore the consequences of childhood trauma and its implications on maternity. I can't talk about the third because I'm still working on it-I will say it's a deep delve into extreme misogeny.

8 - Do you find the process of working with an outside editor difficult or essential (or both)?
My husband is my first reader. I show it to very few other people besides him and always after him. He know exactly how to pick up the threads that I've dropped. My editorial team at St Martin's gets it after and they have been invaluable too. But no one sees the manuscript until it is as perfect as I can get it. I think a lot of projects die because writers show their work too early and get conflicting advice.

9 - What is the best piece of advice you've heard (not necessarily given to you directly)?
Stay humble, do the work. When the audience is clapping- look at their feet. From a renowned human rights activist in Sri Lanka.

10 - What kind of writing routine do you tend to keep, or do you even have one? How does a typical day (for you) begin?
It depends on where I am in the book. If in the midst of writing- I try to keep a 6-8 hour day- starting in the morning. I try to do this- of course many things will happen in that day to put me off track but I do strive for this. I never write at night. I write on a laotop, not longhand, drink coffee not tea.

11 - When your writing gets stalled, where do you turn or return for (for lack of a better word) inspiration?
The beauty of working on a novel is that if one part doesn't work- you can always find a different part to work on. That's what I do- I skip around. If that doesn't work I return to the first and deepest love- reading.

12 - What fragrance reminds you of home?
Jasmine, the sea, the incense that burns in temples. But in America- these are never exact replicas of the scents of Sri Lanka.

13 - David W. McFadden once said that books come from books, but are there any other forms that influence your work, whether nature, music, science or visual art?
Nature is inescapable no? It's the original influence.

14 - What other writers or writings are important for your work, or simply your life outside of your work?
Nabakov, Rushdie, Atwood, Roy. Lionel Shriver, Shyam Selvadurai, Michael Ondatjee.

15 - What would you like to do that you haven't yet done?
Write a third novel!

16 - If you could pick any other occupation to attempt, what would it be? Or, alternately, what do you think you would have ended up doing had you not been a writer?
Gosh! I don't think I have any other real skills. I would have wanted to keep spending my life reading. So very ideally I would have wanted to be a librarian in some lovely library by the sea. I'm picturing a place that might also be a lighthouse. It would be filled with books and rise high into the air- a tower. I would live there, surrounded by books and with some cats. This is a fantasy clearly. In real life- it might get old real quick.

17 - What made you write, as opposed to doing something else?
I didn't have a choice. My first book showed up, crumbled up the life I had before and demanded I write her. It was hugely risky, it took years. It was the best thing I ever did.

18 - What was the last great book you read? What was the last great film?
I'm reading Nabokov's The Gift and it is simply astounding. I've read Lolita numerous times but nothing else of his. Recently I decided to read my way through my small neighborhood library and found this book. It's an original from the 60's. It has a lurid cover of a couple. I think  my students think I am reading a romance novel. But it's blowing me away. The depth and density of his prose- you could drown in it. I keep writing down entire sections in my journal hoping a tiny bit of the language magic will sink into my brain. I am in love with him all over again.

As for film- I'm teaching with www.writetoreconcile.com. We take youth from all the ethnicities that suffered through the 30 year civil war here and teach them creative writing skills. Last night we all watched Pan's Labyrinth, the gorgeous movie about the Spanish civil war. I've seen it before but I was crying along with the students- just an utterly incredible piece of art.

19 - What are you currently working on?
Third novel! Can't tell you anything more. :)