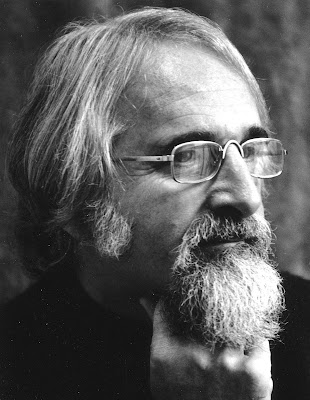 Gary Geddes has written and edited forty-six books of poetry, fiction, drama, non-fiction, criticism, translation and anthologies and won more than a dozen national and international literary awards, including the National Magazine Gold Award, the Commonwealth Poetry Prize (Americas Region), the Lt.-Governor’s Award for Literary Excellence and the Gabriela Mistral Prize, awarded simultaneously by the Government of Chile to Octavio Paz, Vaclav Havel, Ernesto Cardenal, Rafael Alberti and Mario Benedetti. He lives on Thetis Island, BC, with his wife the novelist Ann Eriksson.

He was writer-in-residence at the University of Alberta during the 1976-77 academic year.

Q: When you began your residency, you’d only been publishing books for a couple of years. Where did you feel you were in your writing? What did the opportunity mean to you?

A: An attempt to get rid of me in 1974 by the new chair of English at the University of Victoria—I’ll leave his motives to your imagination—prompted me to fight back. Then, when I’d won my case as a result of students marching on the administrative offices and letters of support arriving from writers and academics around the country, I resigned, not wanting to be associated with a colleague whose behaviour could be so toxic and dishonest. I was nearing completion of my doctoral thesis on Joseph Conrad for the University of Toronto and had published four books of poetry and edited two poetry anthologies for Oxford University Press, 20th-Century Poetry and Poetics and 15 Canadian Poets, both of which were already widely used as textbooks in universities and colleges. In that regard, I was fairly well launched as a writer and teacher, though quite unemployed.

I had a Canadian Council grant for the first year, during which I completed my thesis and published my fifth book of poems, but had no idea what to expect the following year. That’s when I received a communication from Stephen Scobie and Douglas Barbour asking if I’d like to be their writer-in-residence, taking up the mantle of W.O. Mitchell. Talk about serendipity. And luck. The great moral support of belief that such an offer provided buoyed me up immensely. I felt extremely welcome in the department and made a number of life-long friends amongst the students and faculty. This mutual admiration resulted in my being offered a fulltime teaching position in the department. I don’t know what prompted me to turn down such a generous offer, perhaps the sting of my recent divorce from UVic. However, I did jump at the opportunity to come back for a second year as a visiting assistant professor.

Two incidents I recall especially are the following. A graduate student by the name of Aritha Van Herk had written a novel called When Pigs Fly, which she asked me to read and to tell her whether I thought she should submit it to the M&S First Novel Competition. I read the ms. and liked much of it, but told her that it could use more work and that the title had already been made famous by P.G. Wodehouse. Aritha, wise as always, ignored my advice, submitted Judith to the competition and won the first prize of $5000. Another moment I recall with great amusement was telling Rudy Wiebe that when I got to be his age I planned to dwindle into prose too. This comment was made in connection with an ongoing, good-humoured debate between him and Robert Kroestch on the relative merits of these two genres. I don’t know if I’ve imagined this, but I seem to recall Rudy chasing me down the corridor of the Humanities Centre with a glass of cold water not intended for drinking purposes and my escaping avant le déluge behind the door in my office.

During those two years at U. of A., 1976 to1978, I wrote “Sandra Lee Scheuer,” which Al Purdy would describe as “the kind of poem most poets wait a lifetime for.” I also made a lot of progress on a long narrative poem about the Winnipeg Grenadiers and the Royal Rifles of Quebec, who became prisoners of war when defeated by the Japanese. Since I’d been working hard, no one in the department complained when I put a sign on my door, saying “Gone Fishing: in Hong Kong,” and disappeared for two weeks of research in the Crown Colony. This work would eventually be published by Oberon Press under the title Hong Kong Poems, win the National Magazine Gold Award and be presented on stage by Per Brask at the University of Winnipeg. I also worked with George Liang on a book of English translations of the work of Li Bai and Du Fu, called I Didn’t Notice the Mountains Growing Dark.

So, I am immensely grateful to the University of Alberta, especially the English Department, for their faith in me and willingness to take me under their very protective wing for two exciting and productive years.

A: Each of my residencies has had its own unique qualities. The full-year term is often most memorable because you make a bigger investment of time, energy and emotion and come away with more memories and a deeper knowledge of and appreciation for the new community. This was especially valuable to me as a young writer. Now, I prefer shorter residencies of 3-4 months, as I am less keen to spend long periods away from family and the home-place. My recent four-month residency at the University of Missouri in St. Louis had a certain depth and weightiness, the more so because I also taught two courses as part of my contract, which meant I wrote little but made close contact with a couple of dozen students.

A: Landscapes dominated my first two books, Rivers Inlet and Snakeroot, the coast and the prairies respectively, both of which left their mark on my psyche and senses during the teen and pre-teen years. I think of those times as my Wordsworthian period, a time of healing after my mother’s death when she was thirty-five and I was seven. So, the return to the prairies in Alberta brought back a lot of memories and gave me a chance to dig (literally and figuratively) deeper into the landscape, especially when I spent a week or so on a bone-dig near Brooks, helping to retrieve the fully articulated skeleton of a Centrasaurus, with its prominent nasal horn. This experience resulted in a poetic meditation called “The Dream Bed.”

My deepest involvement with the prairie literary community was with Saskatchewan writers, as a teacher at the Fort San residency, where I worked with Tim Lilburn, Bruce Rice, Paul Wilson and Jerry Rush, all of whom went on the write important work. During those years, I observed that there was no star system in the prairies, that the writers were mutually supportive, celebrating each other’s work and successes. I think this solidarity mirrored Saskatchewan politics. Some of this cooperative element spilled over into Alberta, where political and ethnic differences have sometimes had a tendency to divide rather than bring together. Writers like Myrna Kostash and Rudy Wiebe and Robert Kroetsch worked against this divisiveness, bringing us close together while creating their own unique work on the page. Kroetsch was not living in Alberta at the time, but his presence was felt by those of us who knew his poetry and fiction.

By 1976, my attention was turning more and more towards larger social and political realities. So, while landscape took second place in my writing, I was always conscious that it played a significant role in the lives of those historical figures I was writing about. While Mackenzie King complained that we had too much geography and not enough history, I have always found there is plenty of both, if you look carefully at the rich and ongoing trail of Indigenous peoples in this land.

A: My work with students at U. of A. was exciting. In addition to meeting them individually in my office, I was able to arrange a session to accommodate the overflow once a week in the evening. The one-on-one exchanges were the most satisfying, but the group session provided a different and exciting dynamic, especially as they included people like John Barton, Stephen Hume and George Liang.

John Barton has gone on to do important cultural work, as a fine poet and now as editor of The Malahat Review. Stephen Hume, who did not need any advice at all from me, is an exceptional journalist, non-fiction writer and poet, two of whose books I published later, one at Quadrant Editions, another at Cormorant Books. George Liang, whose English was limited, was a committed poet in the Chinese language. I met with him regularly to translate the poems of Li Bai and Du Fu, which we eventually published at Cormorant Books.

A: I did not have big expectations when I took up the position as writer-in-residence at U. of A. I was honoured by the offer and grateful to have an income, but uncertain of academia as a possible future. My sense of self-worth was certainly heightened by the moral support from faculty and the enthusiasm of students. I also made a few enduring friendships and wrote a few good poems.

Perhaps my biggest accomplishment in Edmonton was coming to the gradual realization that I could combine teaching and writing and might have a modest success at both, but that I needed to settle down and give myself and my family the kind of stability I’d not had as a child, during which the family was quite peripatetic and I attended a dozen different schools. I came to understand, too, that my writing would suffer if I kept constantly on the move. Although this awareness came too late to accept the generous offer from the University of Alberta, when another came from Concordia University, I grabbed it.

It was great to have Gary Geddes join Rudy Wiebe's fiction writing seminar at U. of A. in 1978. Along with us in the group were Aritha Van Herk, Lorna Crozier, Caterina Edwards, Helen Rosta, Cora Taylor.