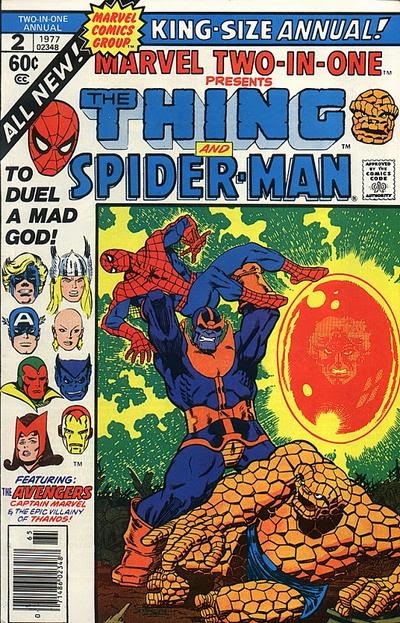 As tagged by Mr. Stephen Brockwell via Facebook, I've been asked to list ten books that have "stuck with me." I posted mine on Facebook a few days back, and replicate such here. My list sits in no particular order (and, you might note, more than ten). I'm sure if I spent more time on this, I could extend this list to fifty, or even a hundred. So there:

3. Marvel Two-in-One Annual #2
(In case you're wondering why this is here: following the events of The Avengers King-Size Annual #7, this 1977 issue featuring Spider-Man and The Thing stuck with me for a couple of reasons. As a kid (I was seven years old when the issue appeared), I always identified with Spider-Man, and latched onto, for some reason, the line Thanos says to Ben to describe Spider-Man: "I like your friend, Ben, he's a schemer.")

4. Journeys Through Bookland and Other Passages, Stan Dragland

9. That This, Susan Howe

10. Why must a black writer write about sex?, Dany Laferrière

11. The Collected Books of Jack Spicer