Frank Sherlock, Space Between These Lines Not Dedicated 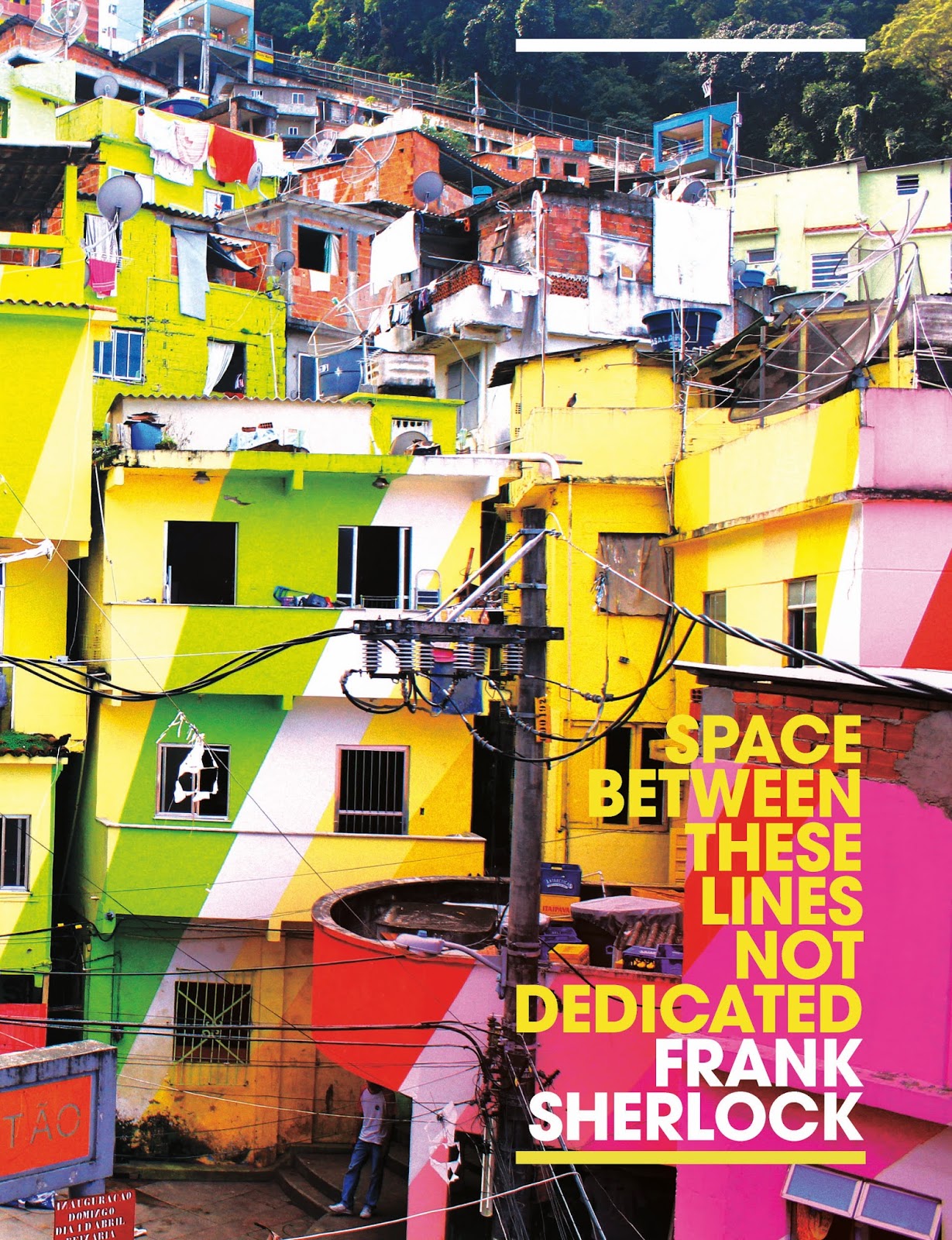 I’m very taken with the poetry collection, Space Between These Lines Not Dedicated (Philadelphia PA: Ixnay Press, 2014), the first work I’ve seen by current Philadelphia poet laureate Frank Sherlock. The author of Over Here (Factory School, 2009) and the collaborations Ready-to-Eat Individual (with Brett Evans; Lavender Ink, 2008) and The City Real & Imagined (with CAConrad; Factory School, 2010), the poems in Space Between These Lines Not Dedicated are made up of a series of sharp lyric accumulations constructed out of a blend of intimate, social and political commentaries. The poems in this collection explore a series of boundaries, including the space between the private and the public, as well as the personal and communal. “Nothing is / unconditional / in this / existence or / the other way / around     I move in / this manner / as a public,” he writes, in the poem “Very Different Animals.” Much further in the same piece, he includes a single line in the middle of the page, writing:

There is something both structurally and subject-wise in Sherlock’s work reminiscent of Vancouver poets Jeff Derksen and Stephen Collis, both of whom also work in the political vein of accumulated poem-stanzas constructed out of short phrase-lines, such as in Sherlock’s poem “Love Letter November 15,” that includes: “I trade / news links / through / militarized / playspace / to keep / witnessing / fresh / to stay out / of the back / catalogue / while / looking to / not be / abandoned [.]” His poems move from point to point, including enormous amounts of information in compact spaces, jumping naturally from thought to thought, connecting a series of ideas and events that together become quite unsettling, and shake the reader out of any kind of comfort. These are poems meant to be uncomfortable, aimed to provoke a plethora of reactions. Composed as a series of fragments held together as extended sequences, Sherlock includes the occasional short poem between longer sequences that exist almost as a kind of Greek chorus, created as a kind of bonding agent that brings the ten longer poems together as a single collection. Despite articulating conflicts, complaints, rants and ongoing fears, there is something entirely optimistic throughout Sherlock’s work, such as the ending of the title poem, well towards the back of the collection, that reads: