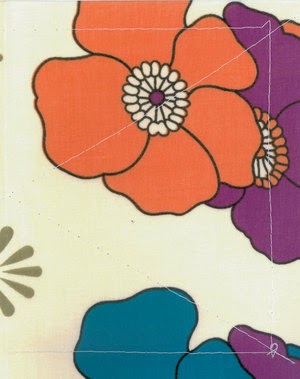 As I slowly sift through my stack of elegantly designed chapbooks from Little Red Leaves Textile Editions, designed and sewn by Dawn Pendergast, today I’m focusing on Jen Tynes’ here’s the deal (2013), Charles Alexander’s SOME SENTENCES LOOK FOR SOME PERIODS (2013) and Jen Hofer’s Front Page News (2013). It is interesting how all three titles are composed out of variations on fragment and accumulation, each utilizing such in entirely different ways to achieve their goals. Michigan poet and horse less press publisher Jen Tynes’ here’s the deal is a sequence of untitled fragments structured as a single, extended chapbook-length poem, reminiscent of some of the work of Washington State poet Sarah Mangold or Vancouver poet Stephen Collis for her use of sequence, accumulation, the fragment and space on the page. What intrigues about her chapbook-length piece is in the way it doesn’t necessarily have a beginning or an ending, but a sense of being an ongoing stretch of narrative, whether one excerpted from a larger structure, looping back to the beginning, or able to re-order for the sake of a different series of connections.

between us to register

a dream with a habit

in its middle blood flow

again having a three- 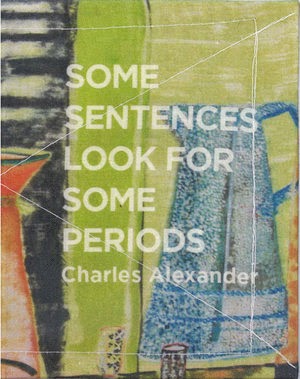 Tucson, Arizona poet and CHAX publisher Charles Alexander’s SOME SENTENCES LOOK FOR SOME PERIODS is constructed as a prose-poem triptych. As he works through butterflies, ideas of perfection, piano chords, Hamlet and ballet, his prose accumulations twist and turn in on themselves in an intriguing way, and the rush of words have a particular level of velocity I wouldn’t mind hearing read aloud, if possible. Each piece appears to build upon what came before, accumulating and piling upon the exploration of perfection. Are there more to the sequence, or does it hold at three?

I tell myself that nothing can be perfect. I tell myself in nothing words that nothing words that can be perfect. I tell nothing myself nothing words. I tell myself words. Once a butterfly, then a burning hand, a memory of a burning hand. Everyone left me at eight years old, so I left, too, walking a road out of the city, toward a lake. Step one and two. A piano next to the mirror. My sister has beautiful red hair, and she plays piano. Notes are sometimes red. Near the piano, I tell my mother’s hard drinking friend to leave the house. After Tennyson, I always hear the bells. The beauty of a liberty (bell). To cry with a beast, truly the only human present. Also lost in Japan, wandering where water goes. The truck knocks me down, and perhaps out. 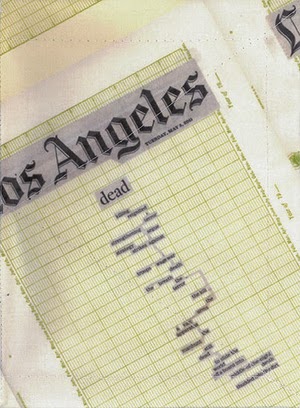 As the blurb for Jen Hofer’s Front Page News reads: “From one birthday to another birthday (2011 – 2012), Jen Hofer made a cut-up poem using the front page of the newspaper in the city where she woke every day. The result is a beautiful portrait of what ‘daily’ means wen tempered with poetic, political and personal endeavor. This larger than normal LRL chapbook features custom-printed fabric and color facsimiles of a selection of Hofer’s poems.” Knowing that this is part of a potentially far larger structure intrigues, and yet, it doesn’t necessarily confirm that such will appear later on in a larger state (although I certainly hope so). Pendergast wonderfully reproduces from Hofer’s original collages, allowing an imperfect linearity between certain passages and words to float through the text, and her daily ‘day-book’ structure incorporates the cut-up strategies of Susan Howe and others into the poetic journal played so well by Robert Creeley and Gil McElroy, as well as, more recently, Jessica Smith (who utilizes similar strategies in her own current work-in-progress, “The Daybooks”). (Her method, however intriguing, also makes it tricky to attempt to replicate via the blog-review.) As she writes for Wednesday, April 27, 2011, the poem “borders”: “commanders / air war / strikes against / command /// officials / support / drones / to sever / and supply / army units / as / private / official / strike direct // into the heart [.]”
Posted by rob mclennan at 8:31 AM
Labels: Charles Alexander, Dawn Pendergast, Jen Hofer, Jen Tynes, little red leaves