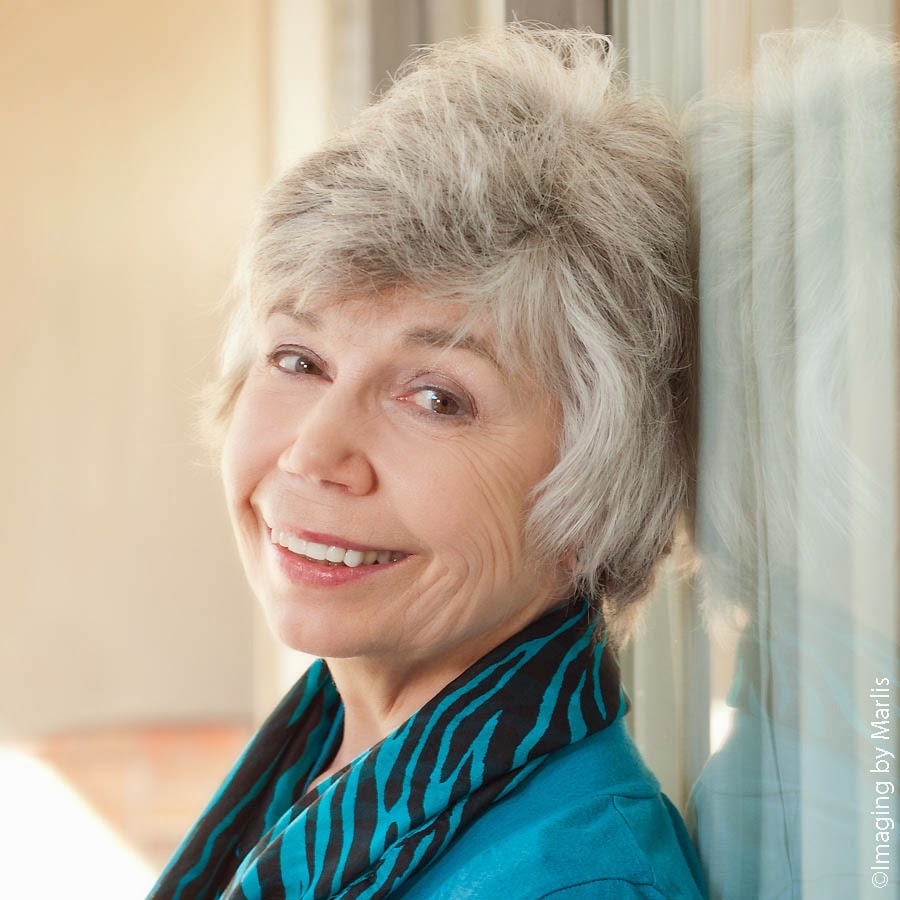 Jane Munro’s sixth poetry collection is Blue Sonoma (Brick Books, 2014). Her previous books include Active Pass (Pedlar Press, 2010), Point No Point (McClelland & Stewart, 2006) and Grief Notes & Animal Dreams (Brick Books, 1995). Her work has received the Bliss Carman Poetry Award, the Macmillan Prize for Poetry, been nominated for the Pat Lowther Award, and is included in The Best Canadian Poetry 2013. She is a member of the collaborative group Yoko’s Dogs (http://yokosdogs.com/) whose first book, Whisk, was published by Pedlar Press in 2013. She lives in Vancouver. http://janemunro.com

1 - How did your first book change your life? How does your most recent work compare to your previous? How does it feel different?
Daughters came out a long time ago: in 1982. I still like that book, and it was well received – it even got short-listed for the Pat Lowther Award. However, I don’t think it changed my life. Maybe having a book published always changes one’s life somehow. But, at the time, I was a single mother with three young children and a job. Finding time to write was a challenge.

As for comparing my most recent work, Blue Sonoma (Brick Books, 2014), with the previous book -- I think it’s a progression in tone, content and style from Active Pass (Pedlar Press, 2010).

In tone and content, Blue Sonoma is a tougher, sharper, book. At its heart is a partner’s crossing into Alzheimer’s. While working on it, I realized that dementia could serve as a metaphor for the forgetfulness of society.

In style, its poems are open form, but there are ghosts of eastern “closed” forms of poetry. “Darkling” is a long poem composed of shorter ghazal-like poems. “Old Man Vacanas” are my adaptations of a 12th Century South Indian form.

In both books, the witness’s journey is ghosted by her emotional and spiritual shadowboxing with her own life.

But there’s another way to answer your question. If you count Whisk by Yoko’s Dogs (Pedlar Press, 2013) as the previous book to Blue Sonoma, the contrast between books is even more pronounced. With Yoko’s Dogs (Mary di Michele, Susan Gillis, Jan Conn and Jane Munro), I'm writing collaboratively in the renga tradition. These linked verses eschew narrative and metaphor, both important in Blue Sonoma. And, Whisk is more playful than Blue Sonoma.

2 - How did you come to poetry first, as opposed to, say, fiction or non-fiction?
I’ve always loved poetry. And, as I said earlier, by the time I started writing seriously, I had three young children. Composing a poem was more doable than writing in a longer form.

3 - How long does it take to start any particular writing project? Does your writing initially come quickly, or is it a slow process? Do first drafts appear looking close to their final shape, or does your work come out of copious notes?
All of the above! It has really varied. But, generally, writing comes slowly and most projects require many drafts.

4 - Where does a poem usually begin for you? Are you an author of short pieces that end up combining into a larger project, or are you working on a "book" from the very beginning?
Routinely, I’ve been a drafter of short pieces – I think of them as “protopoems” – and sometimes do one a day as a practice. They stay in my notebooks until I’ve forgotten about them. At some point, I go through the notes and pull out bits and pieces that catch my interest. I’ll type these up and slowly begin to work on poems. Gradually, a sense of the book will emerge and then I may work more deliberately on composing it and poems for it.

But this isn’t the only way poems begin for me. There are times when a poem, or even a sequence of poems, will just arrive. I’ve often found writing retreats very productive.

I wouldn’t presume to speak for other writers about what the current questions might be for them.

That said, I don’t write in a vacuum. I read and listen and engage. I am now, and have been for a very long time, fascinated with the art and craft – the poetics – of what I’m doing, and what other writers are doing. I’m interested in the philosophical questions around writing. But these are huge topics!

7 – What do you see the current role of the writer being in larger culture? Does s/he even have one? What do you think the role of the writer should be?
Jane Hirshfield says, “A good poem is a bit like a volcanic island. It creates new terrain for the soul.” In a volcano, the stuff coming up was previously hidden. Poems can make visible—and invite us to pay attention to—individual and social shadows. If Jung’s right and we need to agree to the whole experience to get a full life, then incorporating what was molten and unformed into a concentrated pattern of words gives us new ground—a place to explore, camp out, maybe even plant a garden. Oddly, though it may at first strike us as “new terrain,” we recognize and trust its reliability and its continuity with the rest of our experience: now that it’s there, it’s there.

I think this is also true about writing in other forms.

8 - Do you find the process of working with an outside editor difficult or essential (or both)?
Who will ever read your work with more attention and engagement than a good editor? Having one is a great gift. Responding to an editor requires an equal level of attention and engagement from me, but that’s also a pleasure. I’m grateful for the pressure this process puts on the poems, and the way it makes weaknesses apparent. Then the question is, what to do about the issues raised.

9 - What is the best piece of advice you've heard (not necessarily given to you directly)?
Write as if you are already dead.

10 - What kind of writing routine do you tend to keep, or do you even have one? How does a typical day (for you) begin?
This varies. Most days, I write. Some days, I spend many hours at the computer, but there’s also the rest of my life. Writing projects go through different stages. Some stages are more intensive and demanding than others. My days usually begin quietly. When possible, I like a rather meditative start.

11 - When your writing gets stalled, where do you turn or return for (for lack of a better word) inspiration?
Dreams. Reading. Walking. Yoga. Friends. Laughter. Art. I don’t know – whatever I feel I most need.

12 - What fragrance reminds you of home?
Now? Since I’ve moved back to Vancouver, I don’t have an immediate answer. But, during the twenty years I lived at Point No Point, once I got beyond Sooke, I could smell a change in the air. I woke up every morning to the fragrance of ocean and rain forest. Home was on the wild coast of the Island. It smelled fresh – air blown over waves across the Pacific, picking up the scent of lichen and spruce, cedar and hemlock, sword ferns, alder and moss.

13 - David W. McFadden once said that books come from books, but are there any other forms that influence your work, whether nature, music, science or visual art?
Again, all the above: books for sure, but also nature, music, science, films, visual art. Even yoga: I’m going back to India again this fall to study yoga. And, silence – if you count that as a form: silence and dreams.

14 - What other writers or writings are important for your work, or simply your life outside of your work?
This is another huge question. I read eclectically and pretty steadily. Lots of writers and writings are now – or have been – important for me personally and important to my work. I can’t begin to cite them all, not even the recent ones.

15- What would you like to do that you haven't yet done?
Flamenco dancing?

16 - If you could pick any other occupation to attempt, what would it be? Or, alternately, what do you think you would have ended up doing had you not been a writer?
I might have been a visual artist.

17 - What made you write, as opposed to doing something else?
Practicalities. I didn’t have time to both paint and to write. For many years, I had to put much of my energy into carrying on with the rest of my life. That’s not a complaint – but there were choices.

Off the Map (2005) directed by Campbell Scott

19 - What are you currently working on?
A prose narrative and poetry with Yoko’s Dogs.