Words for the House
(After Kate Hall)

The house has gone missing. It’s called a warbler.
Warbler takes paint chips from her beak, makes a dinner.
Warbler points north for the winter, the windows closed.
Warbler tight in the sheets, picking nails.
Warbler with eyes wide and hiccupping asks for spaghetti.
Warbler can’t keep the windows closed.
Warbler pantomimes a throat wound up.
Warbler sees wood paneling in the bed and makes a boat.
Warbler swallows the pillow and spits out the lint.
Warbler rips a hole through the screen and points the ship.
Warbler makes a bath of dishwater.
Warbler sheds bones from the neck down.
Warbler puts the boat in the water and screams.
Warbler finds a man’s tie a formal ending. (Jenny Sampirisi)

When British Columbia poet kevin mcpherson eckhoff was in Ottawa to read for the AB Series a few weeks ago, he did an afternoon talk that focused on some of his interest in art produced by people who don’t necessarily self-describe as artists, ranging from amateur art to folk art to the unintentionally bad. Part of what he used to discuss that interest, and the incredible possibilities that come from such, was the recent issue of dANDelion magazine that he edited with frequent co-conspirator, Jake Kennedy, the “POETS GALORE!” issue. According to eckhoff, part of the call for the issue included self-described professional artists providing work, as well as work by someone they knew, whether a family member, random friend, or the man who ran the grocery store down at the corner. As they write in their “Editor’s Note”:

The issue contains works by some writers. [When we write “writers” we mean folks.] It also contains works by some folks who are either shy writers or who don’t identify as the writer at all. [When we write “folks” we mean writers.] Please, for a moment, forget that superficial differences exist! [I suppose our hunch is that community exists prior to and just after the fact of its naming; mostly we could be acknowledging that as folks and writers and writers and folks we are sharing all the time.] Now, in this same moment, please tear through the writing throughout, forgetting that you’re a reader, but remembering that you, too, are a poet! [We are grateful to all the magical producer-contributor spirits herein; songs poems wanted / songs poems found… (big old fart sound); we bow to the realaccidents, we bow the accidentalreads!] 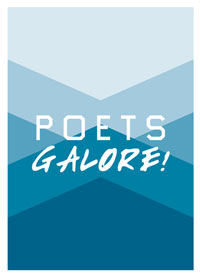 Some of the results are quite compelling, with contributions by Claire Donato, Elizabeth Donato, Jeff T. Johnson, Kate Mercier, Peter McDonald, Michael Vorhies, Emily Fedoruk, Debbie Bouska, Jenny Sampirisi, William Ashman, Chantal Neveu, Angela Carr, Pierrette Valois Neveu, françois luong, Alicia Escott and Dave Dyment. The mix is interesting, and the idea behind the guest-edited issue is equally interesting, both of which were covered during eckhoff’s Ottawa talk, something I hope he might eventually expand upon in print at some point. Unfortunately for the journal itself, this issue holds as the final issue of the long run and shifting history of dANDelion magazine which, since its re-boot a few years back, has emerged as one of the most compelling and engaging (if occasionally uneven, what with the slate of guest-edited theme issues these past couple of years) literary journals in the country. I don’t know if they have managed to release a long-rumoured “official statement” at all, but I mourn the passing of dANDelion. What the hell happened?

Is there area code in heaven?
How do I
Erase you from my head
Let alone your number
In my Blackberry
Its not like its of use
Anymore
Is than a new number up there?
How can I send you
Lover texts
I will never again see you
When I need to
Be reminded that
No one prances
Better than me
On the dance floor
Until I met you. (William Ashman)

There is something really quite magical about Alicia Escott’s work in the issue, her “Love Letters Sent Sometime Before the Continents Split.” As she writes in her short introduction:

This project began in January of 2011. The letters are written for people I care about, to animals that are now extinct, and are sent through the post office without the recipient knowing. The letters approach romance in geologic time scales, collapsing the lineage of evolution.

If you feel that you may need a love letter, you may contact me direct at aliciaescott.com. Briefly tell me something about yourself and provide your mailing address.

Included as scanned, printed letters, the letters are interspersed with archival photographs, and the letters open up something marvelous and unusual. There is something hopelessly sad, haunting and lyric to these letters to the already-lost. I can only hope to see more of this series, and perhaps at some point in trade book form.

Last week I set the clock on my iphone to December, 18th 1914.
I was hoping I would be able to find you there.
But it did no good. Everything was just the same as it is now. And you were gone. So I am sending you this letter via post because I see no other way, it is too long to send in text, if that were even an option these days.

So much has happened since you left. Where do I begin? Not long after, the stock market crashed. Then they fixed it, but it would happen again. Then after that we discovered a relationship between mass and energy, but man alive, this has some drawbacks.
Then came rock n roll. More than anything I wish I could show you rock n roll, you would love it, I’m sure.
And there was the telephone, and then answering machines and call waiting and then caller id, and now you can have that with you always. Honestly.
There would never need to be these distances anymore.

But really, that’s not what I want to say.
How do I explain; you weren’t the only one to leave…. It’s been quite a time.
We’ve tried to stem the tide now, but… well…. I read they have little hope.

I was foolish. The last time we saw you, no one thought it was goodbye forever. Did you know then? I think sometimes that you did.
We looked everywhere for you in 2004-2005. Of course that was much, much too late… I’m sorry.

The little lines under my eyes don’t seem to go away when I stop smiling anymore. What I mean is, it happens so slowly that you don’t even realize how quickly it has passed by.

There are rock doves everywhere, as those places we used to know are mostly concrete now. They remind me of you…. these pigeons.

I can never forget,

I've telling Alicia for a while now that her "Love Letters ..." should be collected in book form as well!