after Craven, after Spicer, after Rimbaud 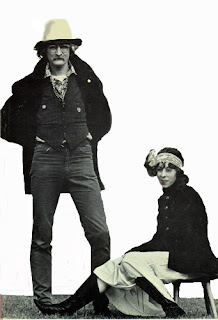 Here’s a novel I started in Toronto way back in October 1998, according to my notes. The idea of the book has been coming up again, after reading that Jack Spicer biography that Kevin Killian co-wrote, hearing rumours of a Brautigan biography as well, and receiving the new edition of Keith Abbott’s Downstream from Trout Fishing in America: A Memoir of Richard Brautigan (1989; 2009) in the mail a couple of days ago. Originally I thought it would be interesting to work a sequence of (seemingly) unrelated prose passages working from the influence of Brautigan’s fiction (and, obviously, fictional sections based on Brautigan’s own life), much in the way I had previously worked a book influenced by his own poetry, The Richard Brautigan Ahhhhhhhhhhh (1999), but managed barely twenty or thirty short prose sections out of an attempt at roughly one hundred. I’ve pulled the file out again, shown a couple of the first few chapters to a few people, most of whom say the project is worth pursuing, re-entering. Really, I should be working on all of these other prose projects I’ve started since, including Sleeping in Toronto and Don Quixote, as well as a collection of short short stories. Will I ever finish such a project?

As well, I've always wanted to have a book that had a cover photo like the ones Brautigan did, taken by his photographer friend Erik Weber. Will this ever happen?

1. (A history of) Flowers in California

Richard Brautigan could talk his way out of anything. Could talk his way out of anything. When the rent was due, his landlord would arrive banging on the front door, and Richard would open the door as clear as anything, and hand him two slices of bread with a flower inside. It was exactly the sort of thing that Richard would do. A big smile half-hidden under that great big moustache.

The landlord would smile back despite himself and put the flower sandwich in his pocket. A few days later, an envelope with the right amount of money would appear mysteriously through the landlords mailslot. This went on for years. No one thought to ask where the money came from, presuming it from Richard himself.

In his own way, Richard was capable of creating miracles. Richard knew nothing about commerce. He would mail off his stories and poems to magazines and editors and random friends with stamps he had borrowed from whatever girl he happened to be dating at the time. Richard could never keep track of his girlfriends and neither could I. It was one of his greater faults, or weaknesses. When he did have money, he would spent it on drinks for friends, books or meals, give handfuls of change to old men and young children sitting on apartment stoops. Somehow he always managed to survive the process.

Richard spent a day wandering through the city looking for a particular lamp. He couldn’t find any of his friends to search the antique and junk stores with him if his life depended on it, at least not that day.

Everyone in California was busy with something else.

He knocked on doors, showed up at bookstores, trying to pull his friends down from the shelves but nothing worked. He spent hours walking up and down the San Francisco streets, going through random garbage bins and antique backrooms, talking about the importance of his lamp he craved. He explained it numerous times, but no one understood it. He used all the phone numbers he knew. Phones rang unanswered throughout the 20th century.

After he had gone through the people he knew, he tried people he didn’t know. An adventure becomes greater when it’s shared, and it doesn’t always matter with who. He called people who had been dead for years, and some who hadn’t yet been born.

He called me, figuring out my as yet unlisted number, but it was the summer of 1985, well after he was dead and buried. I had gone fishing with my father’s hired man, Jack, getting hooks and bait tangled uselessly around weeds.

The one time I go fishing in my life, and the dead American writer Richard Brautigan calls from the mid-1960's. I couldn’t forgive myself for that for years. Richard simply didn’t know, and went on to call one of Michael Jackson’s grandchildren, who was away for the weekend, celebrating her thirty-fifth birthday.

Richard never did have that much luck with phones.

I never heard if he found that lamp.

3. The Beginning and the End of Chapters

Richard Brautigan kept an office on the second floor of a barn when he lived in Montana. He told people when they came over that this is where he wrote, even though he actually wrote at the kitchen table. He liked giving people the wrong idea, especially if it’s what they were expecting. He thought it was funnier than telling them the truth.

Once, he tried to write in his pretend office, to see if he could, but he couldn’t get anything done. The expectation of work was nearly overwhelming. He stopped writing completely for months because of it. He was heartbroken when he heard later on that no one had even noticed.

Later on, he used his shotgun to poke holes in the kitchen walls, shooting out plaster, coffee mugs and the circular clock hanging on like a sun. He thought that only the birds outside could hear. None of his friends came to visit anymore.

It was the beginning of his end, even though I have barely begun at his beginning.

Posted by rob mclennan at 10:02 AM
Labels: fiction, Richard Brautigan

Go Rob go! The first chapters of your short fake novel about Richard Brautigan leave us wanting more. Ha, yes I too always wanted to be photographed for the cover of my book a la Erik Weber posing RB all around San Francisco, with hippie model girls looking aloof, waifish, stern, fetching, really really high in period costume! Let it happen...

i like this! you should definitely keep working on it.

Enjoyed the trip through time and space, Rob. Nicely done.

You've captured the playful, jump-cut nature of much of what I love about Richard's way of expressing ideas and describing characters.