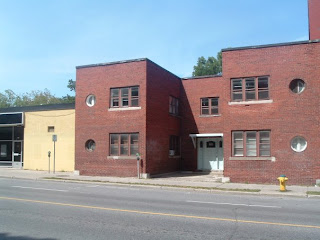 In case you didn’t know, the Cold War was invented at 511 Somerset Street West, in the apartment building beside the beer store. Don’t believe it? On September 5, 1945, Russian born Igor Gouzenko, posted to the Soviet Embassy in Ottawa in 1943 as a cypher clerk, defected by walking into the offices of The Ottawa Journal. He brought with him 109 carefully selected documents establishing conclusively the existence of a Soviet spy ring in North America. As a result of the defection of Igor Gouzenko, in February of the following year, a royal commission was appointed to investigate charges of Russian spying. The most harrowing part came when Gouzenko, with his wife and child, after convincing a neighbour that they couldn’t stay in their own apartment that night, witnessed the KGB as they broke down his door and ransacked the Gouzenko apartment, finding nothing. In 2003, a plaque for Gouzenko (who was quickly hidden with his family with a new identity by the Canadian government) was erected in Dundonald Park (informally known as “the beer park”) across from his former home. Gouzenko died in June 1982, still living under an assumed name in Mississauga, a suburb of Toronto. A film, The Iron Curtain (1948), was made based on his book of the same name, and he even appeared as himself (hooded) on an episode of the Canadian current affairs trivia program, Front Page Challenge, in February 1958.

One part of the Igor Gouzenko story that most miss is the fact that, when he tried to defect, no Canadian government officials actually seemed to care, including then-Prime Minister William Lyon Mackenzie King. It took Canadian spy and Winnipeg native William Stephenson, called "Intrepid" by Sir Winston Churchill during the Second World War (yes, that "Intrepid"), to see the importance of immediately securing Gouzenko and his family, and setting him up in safe locations around the country with a new identity. Known for originally setting up the infamous Camp X training centre for spies on the shores of Lake Ontario, William Stephenson was also the model for Ian Fleming's 007 spy, James Bond (they ended up being neighbours in Jamaica, after Stephenson had retired).

According to a recent book, Amy Knight's How the Cold War Began: The Gouzenko Affair and the Hunt for Soviet Spies (2005), Prime Minister William Lyon Mackenzie King even tried to ignore Igor Gouzenko's defection (naively presuming Stalin couldn’t have known about or been involved in this intricate spy network), hoping for a quiet diplomatic solution instead, before eventually taking credit for his own bravery and quick thinking after the whole mess had been resolved. Unfortunately, all this did on the Soviet end was make them rethink their entire espionage network, therefore making them stronger, and more effective.

http://unknownottawa.com/
Posted by rob mclennan at 10:09 AM
Labels: Ottawa, Ottawa: The Unknown City