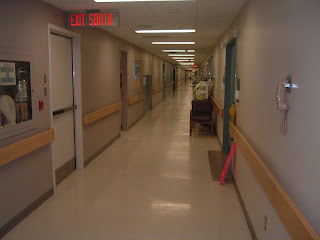 How long is it since I’ve done one of these? Perhaps too long; part of it, is the fact that I’m just not getting anyone mailing me chapbooks or books as often lately, getting far more from Americans than from Canadians; why do my own country-people keep not sending me what they make? At least I still have a few that remember I’m here.

Otherwise, check out these events happening over the next little bit; also, I’m hoping to start making a slew of above/ground press items soon, so be sure to check out 2009 subscription rates if you haven’t already. Did you see the new blog that New York poet Rachel Zucker started with her pal Arielle Greenberg? Did you see here, CanCult just found out about my Ottawa: The Unknown City? By now, you’ve already seen the new issue of ottawater, the first issue of seventeen seconds: a journal of poetry and poetics and the ALBERTA SERIES, yes? Or the interview I did with Sachiko Murakami? (and did you know she had a blog?) Or Peter Simpson, who apparently liked my novel?

Hamilton ON: Don’t let anyone convince you that nothing ever happens in Hamilton, Ontario. Remember, David W. McFadden, Adam Getty and Marcus McCann are from there, and its still the home to writer and musician Gary Barwin [he reads in Ottawa through Max Middle’s A B Series on February 20 with Gregory Betts, another Hamilton ex-pat]. Barwin was good enough to send me a little envelope of goodies, including his new chapbook inverting the deer (serif of nottingham, 2008). I’ve always said, if David W. McFadden and Stuart Ross could have a baby together, it would have been Gary Barwin, somewhere in the middle of their mix of straight talk, deflection and surrealism.

The Life of Complicated Apes

I clean the city
streets
with my broom

Barwin has been publishing books and chapbooks for years, including publications through Proper Tales Press, Coach House Books and The Mercury Press, as well as through his own serif of nottingham. Does anyone remember when he used to publish new material every six months, just in time for the Toronto Small Press Fair?

St. Catharine’s ON: At the edge of the province is PRECIPICe, a journal of poetry, fiction and artwork out of Brock University, formerly known as Harpweaver, but morphed through new directions led by editors Gregory Betts, Adam Dickinson and Mathew Martin. Now into Volume 16, No. 1, the new issue features work by such as Karen Mac Cormack, Steve McCaffery, Maureen Hynes, Stan Dragland, Megan A. Volpert, Domenico Capilongo, David Fujino and Barry Dempster. Does anyone else get the feeling these boys are working to pick up some of the vacancy left by the late great Queen Street Quarterly? I really like what the magazine has been accomplishing since the name/regime change a couple of years back, including the fragment from Dragland’s new novel, The Drowned Lands (Pedlar, 2008) and some pretty interesting visual works by Kelly Mark, but geez, fellas, doesn’t this issue seem a bit boy-heavy?

surrounded by that which is not pertaining
no seamless sigh to infracted
page count or asthma’s resident
outline of years ending in an even number
images wander as we do
amid a temporal movement’s Algodones Dunes
this infinity of forming releases
the tenses beyond grammar, furcation, connection
lift as ascent’s in visible verb
layers inform themselves of resonance
but “if speech then sound” resumes the problematical
distribution so unequal (not as in another “rainy day”)
this date that letter (multiples and date)
the Ides of March is where to
kiss again the hungry present
so meet my invention’s
“escape limited” as a-walking not just yet
line a Dark Lady might perceive for
cadence not visible’s music doesn’t remain
so still (Karen Mac Cormack)

Montreal QC: In Montreal, there’s a brand-new publisher making exquisite handmade hardcover poetry chapbooks, WithWordsPress, with its first three titles THE FRUIT MAN and other poems by Jason Camlot (2008) with artwork by J.R. Carpenter [Camlot reads this Thursday at the Ottawa Art Gallery as part of the Factory Reading Series], Pants with Pockets: Poems by Chris Masson (2007) and A Tender Invention: Poems by Gillian Sze (2008), with illustrations by Roberutsu.

The Victorian period is alive today.
The sandwich men are lurking in the streets.
They invented new machines for thrashing wheat,
hammers for pummeling men back into clay,
systems to guarantee that workers pay
with lacerated hands and blistered feet.
Victorian children learned to cheat
properly, to apologize always
when battling other children to the death.
A was for Asylum, B for Bricks, C
for Crimean War. Victorian breath
was just like ours, but lacey. Believe me
when I say they prayed with words like “Saith.”
Their deeds shall live on for eternity. (Jason Camlot)

With the disappearance of other chapbook presses such as Delirium Press and the oft-loved Ga Press, Montreal needs new chapbook publishing every so often, and these are lovely little books. But with only three in two years, how often are these books coming out? Of the three, the most intriguing was the chapbook by Gillian Sze, partly because the illustrations by Winnipeg artist Roberutsu made the publication. I’m also intrigued by some of what Sze is doing, working a form that perhaps could be better suited to prose than to poetry, exampled best in her haibun:

It was a morning when his mother discovered the scratches on his back. He had just taken three steps from the bathroom, his towel draped low on his hips, when from beyond him he heard the sizzle of potatoes and his mother screech out, Demons! Now it is afternoon and he drops his backpack to the floor. His mother has left for church, an impromptu visit with God. His room has been rearranged, the space smelling of myrrh and hot wax. Walls flicker in discord. Jesus and Mary have found home on his shelves. An open pair of scissors placed carefully beneath his pillow.

last night’s impression:
her smile lit up by streetlight –
a slice of apple.