I, too, have a small version

I had one made
in the meticulous workshop
under my navel

They started with a fish,
then frog, then rabbit

and I asked them to stop at human (“On Origins”)

I was pleased to see a second poetry collection by Kingston poet Sadiqa de Meijer, her new The Outer Wards (Montreal QC: Signal Editions/Vehicule Press, 2020), a follow-up to her debut, Leaving Howe Island (Fernie BC: Oolichan Books, 2013) [see my review of such here]. There is a tension in these poems between the sprawling and the precise that I quite like, from shorter poems such as the opening piece, “On Origins,” to larger, more expansive poems, such as “It’s the Inner Harbour neighbourhood / but everyone calls it Skeleton Park,” with the surrounding pieces existing somewhere between, amid and through those stretches of incredibly precise and broadly expansive. Some of those tensions emerge from her movement from Dutch to English, from a first language and culture into a second, allowing the movements between one to the other and back again to be more open, and openly taut, as she wrote of as part of an interview I did with her back in 2014, as she responded: 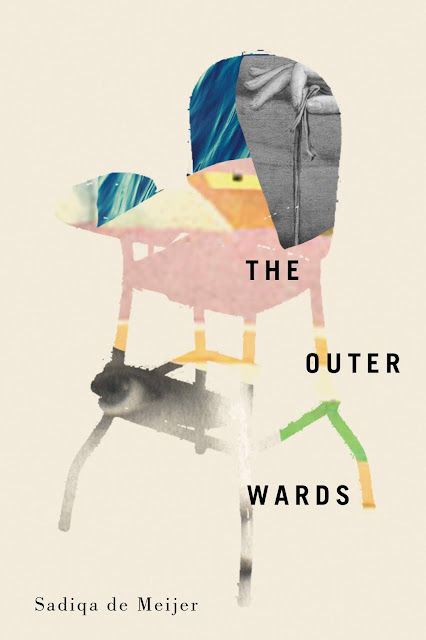 What I find fascinating is in her attention to small detail, writing poems from a foundation of being home with children, allowing her the ability to make words and ideas more “real to herself,” understanding difference and boundaries, and how she is occasionally misunderstood, and how she, too, has misunderstood, articulated into and through the poems. As part of the poem “It’s the Inner Harbour neighbourhood / but everyone calls it Skeleton Park,” she writes:

Lord, some days there’s so much whiteness, hard
in the stratified walls of old quarries that edge the backyards.
I’m Guatemalan, Native, Arabic, whatever, they insist they’ve met
my sister, but I have no sister. And the ones who say,
that’s so interesting, I’m just boring old nothing, are the most
dangerous people, who think they have no history.

When we meander, slowly, nowhere,
all the places are in my pocket.

The extended poem focuses on an outing with her daughter, but moves into a variety of directions via small moments and small details. There is an awful lot of small and slowness in such a large space, providing an expansiveness of structure into an ongoingness, allowing small point to meet further small points, focused simply on the immediate of the outing, as she writes:

She says she loves me more than fifty-four-a-hundred. I say love
has no measurements, there is enough in the world
for everything. Everything? I didn’t know that, she answers,
and turns quiet. Even concrete? I feel compelled
to sustain the premise with a yes.
How does concrete cry?