I stuffed my bra with socks

I say I want to be her but I know
I want to touch her.

I make myself
a mannequin.

the way to the trail in the woods where the reeds
went up in flame, and to all the neighborhood pools,

which water is warmest
and which will sting your eyes.

From brand-new New York State-based poetry publisher After Hours Editions comes Brooklyn-based poet Emily Brandt’s full-length poetry debut, Falsehood (New York/Kingston NY: After Hours Editions, 2020). I’ve been aware of, and quite taken with, Brandt’s editorial work for some time [see her 2017 “12 or 20 (small press)questions” interview on No, Dear here], but not been so aware of her own writing, and I’ve been appreciating the opportunity to delve into what she’s been up to. Structured in five numbered sections, the poems Brandt’s Falsehood engage with a deep attention of her surrounding, from the direct to the surreal and into the peripheries, working to piece together attention, meditation and how disparate actions and considerations might unexpectedly connect. “I want to live in a body,” she writes, to open the poem “Eyes Knees Groin Throat,” “that could hurt other bodies.” There are scraps of violence that emerge in her poems, predominantly a gendered and parental violence, wrapped up in a notion of gender the narrator or narrators of her poems respond to. Sometimes those responses appear in kind, but in a way that works to articulate and respond to those original assaults. Her poems struggle to move past those histories while simultaneously rising above, deploying poetry as a strategy through which to move forward. As the poem ends:

I like to think my body could be that large. I walk down
the street and pound the faces of the mermaids
and their delicious tails. I want to live in a body
that can swim across a channel. I want to fear myself
and never carry a gun. If I were born a cock
my father would have bit it off and taught me to do pull ups.
I would swell and swell. And perform well against a punching bag
until I got a girlfriend. I would stuff
the first of my father into my ribcage
and grow a man around it.

Brandt’s poems read as being deeply personal, working through first-person histories one would suspect belong equally to both author and narrator, but don’t need to necessarily be so (nor does it matter). She is a storyteller in short essays in lyric narratives, working to tell you something that might seem obvious at first, until it doesn’t, before her real purpose emerges. 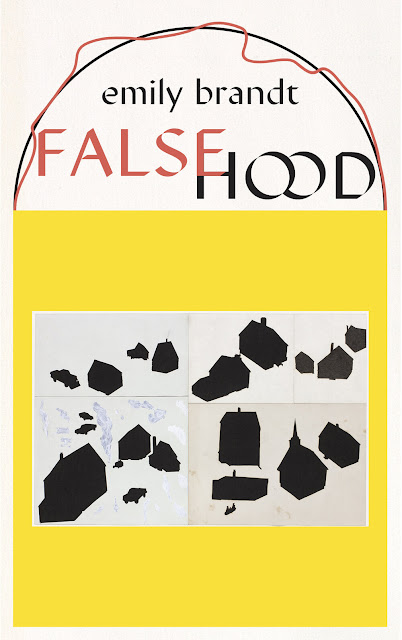 I want to say the sentences in Brandt’s poems are constructed via accumulation, but they direct more than pile, connecting even at points when, at first, they might not; instead her sentences domino, one leading into and through the next, threading towards something further. There is even something rhythmically interesting in how she switches from an accumulation of single lines to a stanza of line breaks, such as the poem “Man revises nature,” that includes:

Flowers are expensive for a reason.
All the lines radiate from the center.
We have a lot to learn as a species.
Our ancestors crossed very cold spaces.
If I were us, we would have surely died.
Everyone comes over and walks down
spiral steps. Sometimes someone ends up bleeding.

The piano hasn’t been tuned for three years
but the man who tunes it has small hands
so we will be okay. Some strings go AWOL
and others march in line. I was in a bell choir
when I was a child. That nun could play
but couldn’t sing. Me neither. Many nuns
have survived violent fathers.

Posted by rob mclennan at 8:31 AM
Labels: After Hours Editions, Emily Brandt