How will I do being old when I’m old –
having to use this same heart in its place.
Tell all my cells to be made of me younger,
Madonna. I won’t budge until time makes me
do it. God likes getting older
like an animal who escaped from the zoo
only to visit on Sundays with her children.
I never had a tail to chase.
I got bored in Plato’s cave,
which is to say I was young and stupid.
Once I’ve worn the imagined world out
like a cheap wig, conquered heaven
with you as my bride, Imagination,
five it up and finally teach me the hack
that lets you convert abstraction into life:
more of it. Or, fuck, just spill over,
heavy glass, as the fly caught under you flies off – (“The Tower”) 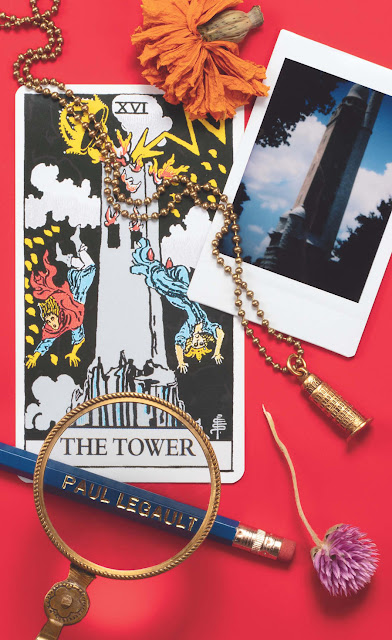 With the publication of Ottawa-born American poet Paul Legault’s latest, The Tower (Toronto ON: Coach House Books, 2020), I’m realizing how behind I am on his work, having gone through his second title, The Other Poems (Albany NY: Fence Books, 2011) [see my review of such here], but completely missing out on The Madeleine Poems (Omnidawn, 2010), The Emily Dickinson Reader: An English-to-English Translation of the Complete Poems of Emily Dickinson (McSweeney’s, 2012), Self-Portrait in a Convex Mirror 2 (Fence, 2016) and Lunch Poems 2 (Spork, 2018), as well as his co-edited The Sonnets: Translating and Rewriting Shakespeare (Nightboat, 2012). Where, exactly, have I been, you might ask? An entirely reasonable question, and one I haven’t quite an answer for. On the back cover of The Tower, it references this book as “A queering of Yeats’s classic poetry book,” with Wayne Koestenbaum writing that “The Tower continues his [Legault’s] project of rubbing the old songs to produce blissful new serums.” On his author website, Legault offers his take on reworking other texts: “Paul is interested in translation as a generative practice for creating original works of writing and art.”

Legault’s The Tower plays with the poems and structures of Irish poet W.B. Yeats’ The Tower (1928), “his first major collection as Nobel Laureate after receiving the Nobel Prize in 1923” (Wikipedia), the title poem of which begins: “What shall I do with this absurdity— / O heart, O troubled heart—this caricature, / Decrepit age that has been tied to me / As to a dog’s tail?” There is a sharpness to Legault’s work, one that is subtle and incredibly precise, composing exploratory poems that reach out in multiple directions, simultaneously with caution and abandon. “I went to school so many times / I can’t count,” he writes, to open “Among School Children,” “though I learned how to / while I was there. There, I said it: / I’m tired of learning in the old ways again.”

It would be interesting to see someone far more familiar with Yeats’ work explore the differences between poems, and the distances, to see how Legault reworks, whether as a translation in his own patter and patterns, or if using Yeats’ work simply as a jumping-off point into his own, individual directions. Through Legault, the opening of Yeats’ words in the title poem shift and turn from absurdity to one of anxieties around ageing. “How will do I being old when I’m old,” Legault declares, “having to use this same heart in its place.” There is something of how Legault’s reworking texts that is reminiscent of Erín Moure’s idea of transelation, composing, as Eirin Moure, her Sheep’s Vigil by a Fervent Person (Toronto ON: Anansi, 2001) out of Alberto Caeiro / Fernando Pessoa’s O Guardador de Rebanhos, an idea sans name that Vancouver poet George Bowering also employed, overwriting his local neighbourhood over Rilke’s Duino Elegies as Kerrisdale Elegies (Toronto ON: Coach House Press, 1986).

Ina 2011 interview posted at HTML Giant, conducted by Sam Ross, Legault spoke to his thoughts on translation, and how such would lead to original work:

Paul Legault: I began writing those English-to-English “translations” of Dickinson when I was in a seminar class focused on her work. There was a tendency to find out what the poem meant biographically, which can lead to a very rigorous sort of engagement –though that rigor is applied to wrestling facts from the lyric (i.e., poem #1436 is about how she wants to have sex with her sister-in-law). What shakes out is the Cliff’s notes–in which meaning becomes like a plane: flat, or, depending on your perspective, potentially infinite. Which is funny. Or can be.

The ED Reader got me more interested in “translation” as a means of writing original work. I teamed up with my co-editor Sharmila Cohen to put together Telephone, which is turning into Telephone Books shortly, and have been in pursuit of experimental translation’s “politics, aesthetics, difficulties, and processes” ever since. So it seeps in.

The Other Poems is less translational than some other projects–like my ‘memory translation’ of Ashbery’s Self-Portrait in a Convex Mirror, or my project of re-piecing together Pound’s Cantos using only Carroll Terrell’s critical Companion to it. I translated Apollinaire using the same kind of talky sonnets as the ones The Other Poems is/are so obsessed with. What does that say? I don’t know. That this leads to this.

More (and more), when referring to “translation,” I think of it in quotation marks. I can’t tell if that’s useful or disorienting; the answer to that kind of either/or question is usually: “both.” There needs to be a new term to categorize the purposefully “rogue” (to use Brandon Brown’s term) translations that set out to make “original” works, rather than “faithful” reproductions. I’ve been floating around the term: ‘distranslation.’ Maybe it works.

There’s a lot more work focused on-or-around translation these days in American poetry–partially because of the obvious technologies that are making it increasingly easy for an English-speaker to browse a Brazilian bookstore online or write to a Turkish publisher; namely: Google Translate. Thanks to said advances, I’ve recently complete a translation of The Other Poems into French and Spanish, though I’m sitting on Los Otras Poemas and Les Autres Poèmes, until I’m bold enough to actually send them to a foreign publisher.