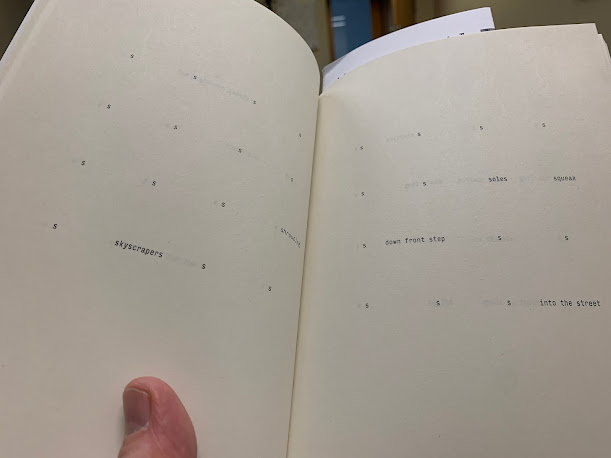 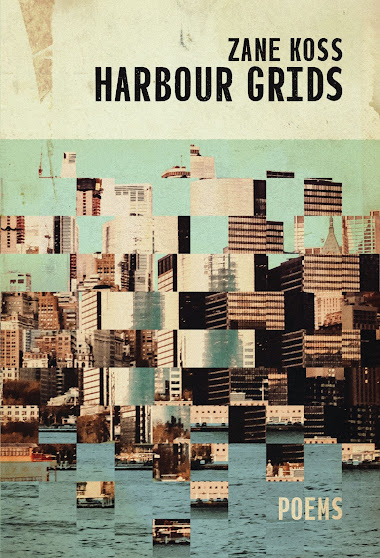 From Canadian poet and critic Zane Koss, following a small array of chapbooks, including two with above/ground press, comes the full-length debut, Harbour Grids (Picton ON: Invisible Publishing, 2022), a book of grids and landscapes writing out topographical space as an expansion of virtual space, beginning with the harbour beyond his Brooklyn window. As the cover copy offers, the collection begins “as a phenomenological investigation of the surface of New York Harbor, [as] this long poem radiates outward from Sunset Park in Brooklyn to explore issues of labour, location, history, belonging, and subjectivity.” Harbour Grids is composed as an expansiveness within set boundaries, as each page is a grid of sixteen points, some of which are replaced through staccato, staggered gestures of lyric. “the shipyards      s           set limits,” he writes, early on in the collection. His use of the grid is structurally interesting, reminiscent of the work of the late Edmonton poet Wilfred Watson (husband of novelist Sheila), who worked a lyric exclusively composed via a modernist lyric shaped in grids, or even an early title by George Bowering, his Points on the Grid (1963). Koss’ exploration of visual space on the page is obviously informed in far different ways than Watson’s explorations. “shoreline        s           obsured            by construction,” he writes, two-thirds through the collection. Koss writes out a sequence into the single sentence of the collection, writing in constant, kinetic motion around labour and commerce, and how they in turn shape the landscape, and thusly, its people. He composes a meditation both visual and lyric, pointillist and staccato, accumulative and stretched out as a singular line between regular points. 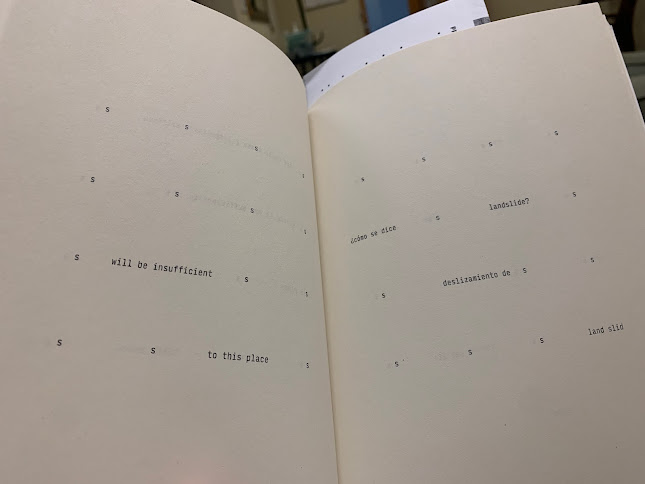 As part of an interview posted at Touch the Donkey in March, 2020, Koss referenced the project, which was still then very much in-progress:

For example, at the moment I’m working on a manuscript in which I’ve been collecting observations – trying to limit myself to sense impressions and perceptual data only – glimpses, glances, and sounds – no conjectures or conclusions – from my neighbourhood in Brooklyn, particularly sense impressions of the appearance of the surface of New York Harbour. I’ll collect this data for a couple months – much of it fleeting, in passing, minor jottings – and then arrange this data into 4 x 4 grids composed the letter “s” repeated and symmetrically space on a page. And each phrase inserted into the grid has to hang itself off an “s,” so that everything is anchored in space to the grid. It sounds very neurotic now when I describe it. (I use the same form, except with a “v,” in my recent above/ground chapbook, Invermere Grids, btw.) I’ve gotten up to three sets of 32 grids each, so it’s a book-length manuscript now. Of course, the observations sort of get away from pure sensation and into politics and history, because sense comes thru the body which is always political – how our bodies experience (space) depends on what those bodies are or how they’re read by the forms of power that structure life (within that space).