Rodrigo Toscano, The Charm & The Dread

The Pandemic is no longer an external event, rather
it is an interiority in search of an externality.

Both the pandemic and the protests form a singularity;
the New Event, as a code, is seeking hosts.

I’m a host, you’re a host, unshielded and waiting. Isolated,
we’re all watching The Code do its thing. Symptoms vary. 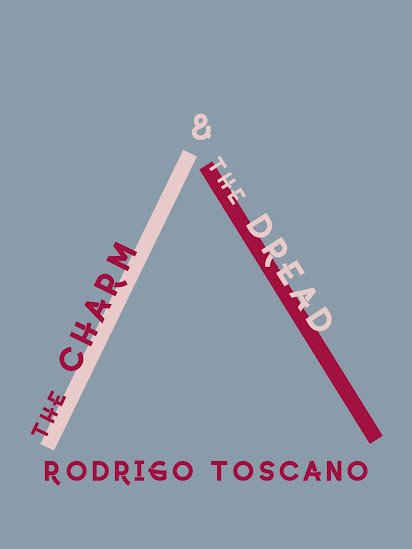 The latest from New Orleans, Louisiana poet Rodrigo Toscano is The Charm & The Dread (Hudson NY: Fence Books, 2021), a further example of pandemic-era writing landing into print (I’ve been seeing a flurry of such appear on my doorstep, recently). More overtly political on our current era of lockdowns than what I’ve seen so far via the lyric, Toscano’s poems are unflinching, catching the eye and the ear and holding on, responding to a variety of contemporary markers, from politics and the pandemic to social justice, neoliberalism and the rise of white supremacy, globalization and cross-border North American politics. “back to town this town,” he writes, as part of “The Zone,” “your town’s local admin’s / intensely responsive / tempered by Northern Zone / general imperatives / takes the wind out of / tiki torch supremacist / carnivals and ‘anti-racist’ / corporate peddlers in / permanent Westphalian / mode of inclusion into / neoliberal tribalism of / the 1% (actually less) [.[” His is a lyric that includes loops, swirls and echoes, whether through the poem “Brown Lives” or “The Tango,” the second of which writes: “The tango / you can’t / get between / gotta watch / your feet // Again not / inflection point / material / potential / for all // But tango / white/black / checkerboard / dance floor / all over […].” There is such a music to his cadence, and a calm insistence running through his lyric, writing on borders, history and barricades, lines that demarcate, many of which are never fully understood or agreed-upon. As well, there is an echo of shared structural considerations, including an approach to a socially and politically engaged lyric directness, that Toscano shares with Vancouver poet Stephen Collis. He writes not as a polemic, but as a sequence of conversations, concerns and observations, and not allowing language to interfere with argument, as the poem “Barricades” writes:

He’s fond of peppering in
“on this side of the barricades”
when speaking political
meaning, his critique of
changes at hand
isn’t coming from the right
meaning, don’t purity spiral
peeps, be stout
allow room for growth
don’t be a gendarme of
revolution, be a
full actor, unafraid
aware that the barricades
can pop up anywhere
in front and back