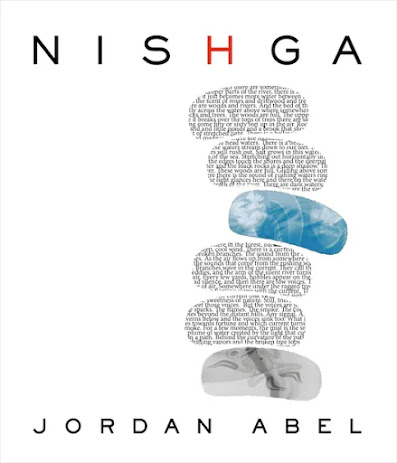 Delayed due to lockdowns and pandemic but finally available is Jordan Abel’s incredibly powerful NISHGA (Toronto ON: McClelland and Stewart, 2021). His first book since his third poetry title, the Griffin Poetry Prize-winning Injun (Vancouver BC: Talonbooks, 2016) [see my review of such here], the critical memoir that is NISHGA utilizes archival scraps, talks, interviews, visual poems and other forms into a book-length collage that speaks of and to generational trauma and the residential school system, and the ways in which he has used his work to engage larger conversations about aboriginal culture and colonialism, and an exploration on his own identity and indigeneity. As he writes early on in the collection under the title “Notes”: “I remember talking with a colleague of a colleague at a book launch in Vancouver. She came up to me after my reading and wanted to talk. At some point, she asked me if I spoke Nisga’a. I said no and she asked why. But it wasn’t just the question why. There was something else there too. She didn’t say it, but she wanted to know how I could have been so irresponsible. How I could have been Nisga’a my whole life but never bothered to learn the language. As if I had access. As if I could just flip a switch and know. as if I hadn’t wanted to. As if I hadn’t felt that hole inside me. As if filling it was that easy.”

He writes of generational violence that rippled out from the residential school system, and how his work in The Place of Scraps (Talonbooks, 2013) [see my review of such here], for example, responded directly to some of those concerns. He writes of his background as Nisga’a but without access to his biological father, a Nisga’a artist who left when Abel was still an infant. Abel speaks of that disconnect; of growing up Nisga’a without knowing or even meeting anyone else Nisga’a until, as an adult, he briefly met his father for the first time. There is an enormous amount of pain throughout this project, and Abel maps some dark and difficult histories, from his own personal disconnects to a generational trauma, prompted by that original break due to the theft of his grandparents as children. How might anyone respond in such a situation?

15:40:33           that all of that sexual, physical, and emotional
abuse they had been taught in Residential
Schools essential raised them.

What becomes apparent, and quite fascinating, through the structure of the book is how he utilizes archival materials, including his own, from the legal documents around his own mother’s proceedings declaring her the sole legal guardian of the infant Jordan, to talks he has presented on what he has been doing with his ongoing reclamation projects, centred around his three published full-length poetry titles through Talonbooks. All of the material in NISGHA is provided as archival, stitching together pieces that could arguably have been compiled by anyone, but shaped in a way that articulates and connects his entire body of work-to-date, to provide both assessment and a deeper understanding. Through NISHGA, he lays his life bare, from his own feelings of disconnect to his responses to being challenged around these explorations. One could see, also, how NISHGA works very much as a potential pivot in Abel’s work: a deep, critical dive that assesses and potentially reassesses not only his relationship with his own past and indigeneity, but that of his own creative responses. How might his work differ moving forward? I would say this is a stunning work by one of our most important contemporary poets. As he writes in another of his “Notes” sections:

I remember being at a conference in southern Ontario right after my second book came out. I had just given a talk an hour or two before, and was still having conversations between panels about my work. At one point, an established and popular Indigenous artist came up to me to asked me point blank what gave me the right to work with and deconstruct the work of others. I think I told her that the work I do attempts to mirror the appropriative mechanisms of colonialism. But she was unhappy with that answer and unhappy with my work. Looking back at that moment, I am unsatisfied too. If I could return to that moment now, I would have said that I work with found text because that was my first real connection to Indigeneity, and, as an intergenerational survivor of Residential Schools, I create art that attempts to reflect my life experience, including my severance from Indigenous knowledge and land.

Posted by rob mclennan at 8:31 AM
Labels: Jordan Abel, McClelland and Stewart