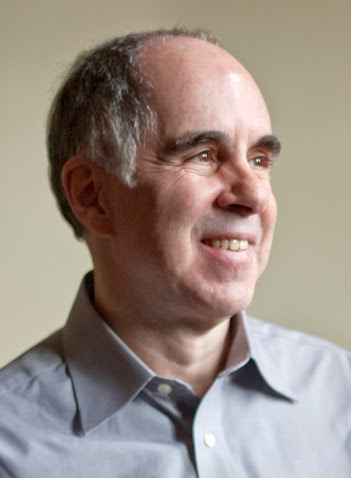 A. F. Moritz's [photo credit: Steve Payne] latest book is (spring 2021) i Garden: Los Angeles, 29 April - 5 May 1992, from Gordon Hill Press. His most recent books of poems are As Far As You Know (2020) and The Sparrow: Selected Poems (2018), both from House of Anansi Press. He has published twenty volumes of poetry and his work has received the Guggenheim Fellowship, the Griffin Poetry Prize, the Award in Literature of the American Academy of Arts and Letters, the Bess Hokin Award of Poetry magazine, and has three times been selected a finalist for the Governor General's Award, among other honours. He is presently the Poet Laureate of the City of Toronto, the sixth poet to hold that office.

1 - How did your first book change your life? How does your most recent work compare to your previous? How does it feel different?
It was from a very small "underground" press of the end phase of the great counter-culture poetry and poetry publishing upthrust of the third quarter of the twentieth century. It was solicited from me because as a very young poet I'd published poems in several issues of a magazine that was now founding a book series. Contraband magazine, and Contraband Press, of Portland, Maine. Bruce Holsapple. Who is still writing, marvelously, now in Arizona. Thank you to Contraband. I think my earliest poems, the ones that got published anyway, are a lot like my later one, but they're also like seeds of the later ones. The later ones bring out various latencies of the early ones, and on the other hand, the early ones already possess the folding of everything into a single form that the later poems are seeking. The later ones will get back to the seed someday, I suppose. I hope.

2 - How did you come to poetry first, as opposed to, say, fiction or non-fiction?
I guess this is a three part answer. I replicate the history of humankind with regard to poetry. I already loved it when I could not read, and so I knew poetry the way people did before the invention of the technology of writing. When it was illiterature, not literature. I didn't learn to read and write until grade one, but when taught it, I learned it to an adult level within a few weeks. For grades one through three, I came "first", in print culture, to "fiction". Story-telling, or the tale, I think you might say. Mainly the tales of Troy and Arthur and related materials. Then toward the end of grade three, I went to library to find more Edgar Allan Poe stories and found a big  volume with Poe's poems in the end. I came to them first because I'd started reading from the end. And I was immediately astonished and absorbed and from that moment I never wanted to be anything else but a poet. I recognized a new and "modern" form of what I'd heard with such absorption when I was a "primitive": Isaiah, Jeremiah, the Psalms, the Gospels, skipping songs, rhymed taunts, nursery rhymes--children's poetic culture.Truly ancient and at the same time "folk" elements. All that. I recognized a special and specially wonderful form of the "music" I already loved, though not yet of course in a thematic way: folk songs, good popular songs, art songs to a certain extent (I was a music student). But beyond any such consciousness I was simply engulfed by the wonder of the poem. The poem was to me the same thing as a beautiful spring day, by myself, unbothered, and yet still nurtured by people and nature, in transit between home and the woods and the fields, passing along under the walls of the factories, down on the stream bank...

3 - How long does it take to start any particular writing project? Does your writing initially come quickly, or is it a slow process? Do first drafts appear looking close to their final shape, or does your work come out of copious notes?
I honestly think my writing does not start and never started. When I was struck by poetry, I realized (this is a later way of stating it, obviously: we reason about these things with a later reason, as Wallace Stevens says) that my words would be, just like Poe's in his few best poems, just like Isaiah's suffering servant songs, a continuation on the level of concept and word of the substance of my experience. The same thing exists in different forms according to the level in which it is acting. A good poem is the same thing as a great tree and it's the same thing as the human being's experience of the tree. In "nature", whatever-this-is occurs as the tree; in experience it appears as pure reaction and inner action; in the poem it appears as word. But it's the same thing. Just in various of its forms.

4 - Where does a poem usually begin for you? Are you an author of short pieces that end up combining into a larger project, or are you working on a "book" from the very beginning?
Usually both. Sometimes one or the other. A few of my books are purely collections, but in most cases each has a separate concept and an "aesthetic" that "goes with" that. This is just to say that form develops out of expression and expression develops out of form.

5 - Are public readings part of or counter to your creative process? Are you the sort of writer who enjoys doing readings?
I like having a chance to read my poetry. I'm not conscious of the experience of giving readings, or of thinking about giving readings, as feeding into what I write.

6 - Do you have any theoretical concerns behind your writing? What kinds of questions are you trying to answer with your work? What do you even think the current questions are?
Well, I've said enough about my "philosophy" for anyone to gather that I think that in the human being "theory" is a natural thing, and an "intentional" product of nature: one of the "reasons" for the human being. A good theory has to be close to what produced it, close to nature; it is nature, a form of nature, one aspect of the form nature takes in the human. Basically, I know that poetry comes before theory and is the better theory, the matrix of theory, and that poetry's most important relationship to theory is to incorporate theory as one of its many materials because theory is part of the human reality, like clouds. Like dung. Excuse me for these comparisons. I do not scorn theory. Just some theories.

7 – What do you see the current role of the writer being in larger culture? Does s/he even have one? What do you think the role of the writer should be?
A good poet, which means someone who is actually trying to be a good poet, will simply be an example of healthy nature in the human. Poetry is something made, yes, an object, and yet mysteriously perhaps it is at the same time healthy performance, activity, reception-and-response: sensitivity and activity in one's real environment. The poet doesn't have to have any other role than that. Any didactic role a poem or poet will play will be not-manufactured, will be by admirable example.

8 - Do you find the process of working with an outside editor difficult or essential (or both)?
Both. If you replace "essential" with "helpful".

9 - What is the best piece of advice you've heard (not necessarily given to you directly)?
I apply an aphorism: If it's not worth doing, it's not worth doing well. Which is more or less the same idea as "significant form", or of "expression" as conceived by Emerson.

10 - How easy has it been for you to move between genres (poetry to translation to critical prose)? What do you see as the appeal?
Not easy, little appeal, with regard to critical prose. I like translation. To read and to do. It's attraction is simply that as I read, I have an anxiety to get the things I so admire into a form in English, because there it will be more clearly splendid to me.

11 - What kind of writing routine do you tend to keep, or do you even have one? How does a typical day (for you) begin?
No writing routine. I write constantly, often in notes and fragments, often in full drafts, sometimes drafts that are let alone and sometimes drafts that are immediately taken through numerous revisions, but at the same time as, or within a few days of, the writing of them. Then I hit periods when I work consistently for most of every day for several weeks in a row.

12 - When your writing gets stalled, where do you turn or return for (for lack of a better word) inspiration?
There is no better word than inspiration. When it comes to poetry, I do not register any meaning in the word "stalled". What would that be?

13 - What fragrance reminds you of home?
Industrial smoke. A garden of phlox in an August evening. Leaf mulch hiding violets on a sunny dry warm April day in a woods.

14 - David W. McFadden once said that books come from books, but are there any other forms that influence your work, whether nature, music, science or visual art?
I'm influenced by all of those mentioned. Books come from books in the sense that no one would be able to get the idea of book all by himself; what we do is make transformations of the idea. Did an actual "someone" think of the book? Was there an actual Adam and Eve?. Where did the (idea of  the) book come from? That's a perfect example of inspiration.

15 - What other writers or writings are important for your work, or simply your life outside of your work?
Too many to mention!

16 - What would you like to do that you haven't yet done?
Write a poem "like" but of course entirely different from "Now sleeps the crimson petal, now the white" or "When thou must home to shades of underground" or "'Twas on a Holy Thursday, their innocent faces clean". To write a line like "And sweet it is to shipwreck in this sea" or "The poet, such as into himself eternity changes him" or "Lest one good custom should corrupt the world".

17 - If you could pick any other occupation to attempt, what would it be? Or, alternately, what do you think you would have ended up doing had you not been a writer?
Well, being a poet for me is not a being a writer and it's not an occupation. It's a calling. And I've always had to be working at least one other job, and sometimes two or three, so I suppose I have ended up doing whatever I would have done if I had not been a writer.

20 - What are you currently working on?
I'm always working on several things. It would be endless to try to describe what they are. Nor do I exactly know. When they're done, they'll evince what they are. I'll tend to know more and more as they gather to a whole. They'll have the nature too in themselves of going forward and changing even though finished.