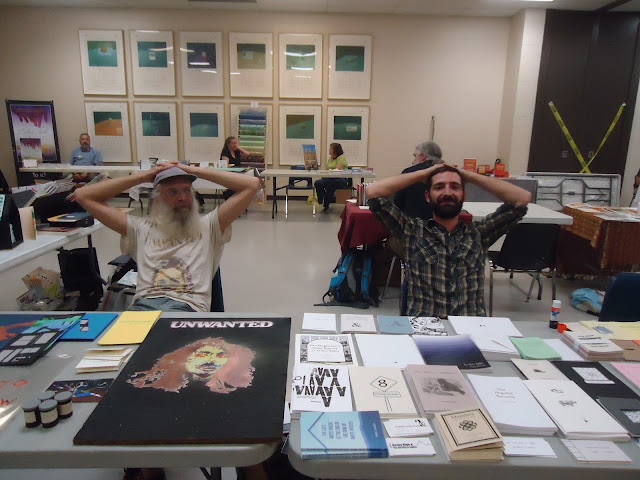 Can you believe we’ve been doing this fair for more than two decades now? This fall will see the fair’s twenty-third anniversary. Madness!

[photos of jwcurry and Michael e. Casteels] Here are a couple of things I picked up at the fair this time ‘round.

Ottawa ON: Perth, Ontario poet and editor Phil Hall’s latest publication is the chapbook An Egregore (Ottawa ON: Apt. 9 Press, 2017), a stunning hand-sewn sequence “written at Sage Hill Writing in May 2016 in Saskatchewan during the spring Colloquium retreat called ‘Kroetsching: The Long-Poem Sequence.’” As the notes at the back of the collection write: “An egregore is a collective presence, an occult creature made out of (influencing / representing) the thoughts and equations of a working group of people (or parts of a sequence poem).” An Egregore furthers the collage aspect of Hall’s ongoing work in an incredibly focused way, composing a sequence that perhaps couldn’t have been produced in any order other than the one presented.

If I save this     event-bundle

(these dispatches from     this focus-region     of my process)

between     the parts     a cobbled presence

found by     the group relations     of the sections

add starling     may be invoked 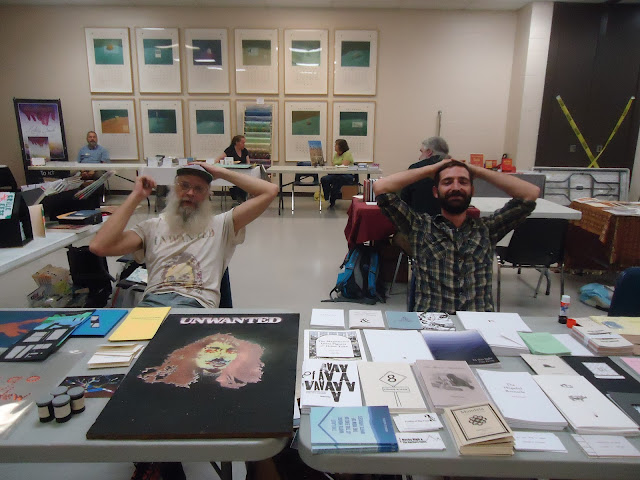 In a sequential series of stand-alone fragments, Hall’s An Egregore is set precisely and purposely in the local of Sage Hill, Saskatchewan, composed as a series of threads that include a long poem, writing on the long poem, Saskatchewan farming, Robert Kroetsch, and even “[…] smoke   from Ft. McMurray   burning the air […].” The poem, an essay and meditation on the long poem/collage (as well as his own sense of how he arrived to compose such a thing), as much of Hall’s work, is firmly rooted in the ground on which he stands, but in this case, he is standing somewhere far different than his Eastern Ontario rural. Hall has always had an element of the magpie, collecting fragments, phrases and bits of string for his poems, yet this one is composed in the group setting of a Colloquium retreat, aware of the individuals and ideas surrounding and swirling him that have been absorbed into this piece (a list of those included in the presence of this poem are included in the notes). As he writes:

this is just the old gathering impulse 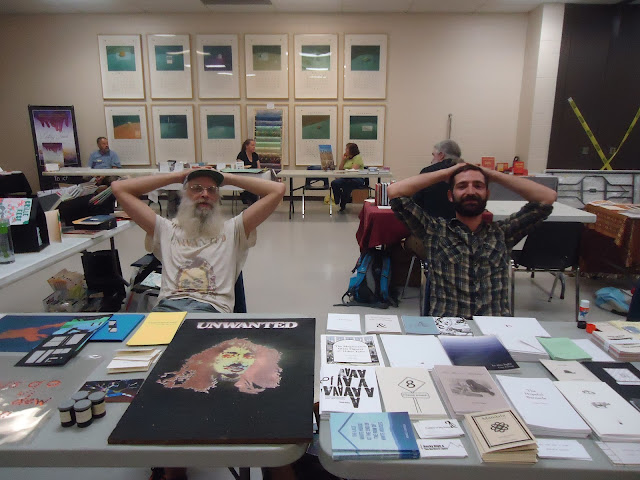 Kingston ON: One of the latest titles from Michael e. Casteels’ Puddles of Sky Press is the long poem chapbook Tusk-a-Loose’a (2017) by Vancouver poet Mark Laba, a sequence of eighteen numbered poems. Constructed as a series of short phrases that build into a linear thought, each poem-section sits as a stand-alone poem, accumulating into a meditation/monologue on perception and memory, and the slipperiness and uncertainties of both. What might all of this thinking shake loose? As he writes to open part thirteen: “Look at it this way either // You clear the foliage of memory // Including the gorseweed // Or hunker down in the dirt // Let the worms do their work […].” The second poem, in full, reads:

There is no such thing

As gorseweed and that in fact

I made it up

But late at night

I can hear the gorseweed rustling