The Capilano Review 3.30 called itself a “burning house” issue. Less than six months later, for every house still on fire, there’s someone who’s never been inside it parked out front fanning the flames. From Dana Schutz’s painting of Emmett Till to the recent opening of the transmisogynistic and sex worker-phobic Vancouver Women’s Library, white liberals continue to hoard power and space while posturing as progressive. If part of the violence of the fire is in its design – its devotion to borders that both impose and collapse difference – then any true alternative should probably recognize (and then smash) those lines, not conflate them.
My approach to this issue was to seek out work that responds to various conflagrations, with attention to plurality, because the difference between reifying lines and interrupting them can be pretty subtle. As I nervously wrote to one contributor, “I want to do my best to bust it up a little.” Which is to say that I hope the diverse voices in this issue threaten some of the structures that group them together in the first place (including boring, institutional models of “diversity”!). As Dion Kaszas and Afuwa generously demonstrate, colonial demarcations are never invulnerable to rupture. Their project reminds us that possibility is material and embodied; that freedom may appear swaddled by violence, but relationships between bodies and land (or bodies and bodies) can and do disrupt oppressive formations: “Through the stitching together we are breaking those lines up.” From Jennif(f)er Tamayo’s haptic guide to healing in and out of white supremacy to Gwen Benaway’s cascading topography of a self too “unfinished” to bear containment, these pages are full of bodies reclaiming their own hinterlands. Here are modes of being that exceed trespass, where temporalities are shaped by lived experience and desire is never uncomplicated. (listen chen, “Editor’s Note”)

As guest editor listen chen’s “Editor’s Note” writes, this new issue of The Capilano Review works specifically to engage with “conflagrations,” furthering the journal’s long-standing focus on contemporary writing and visual art that engages more overtly with the political, and this issue features new writing and artwork by a variety of those deeply immersed in the world. As Christopher Tubbs writes to open his striking prose-poem “CUSTOMS DECLARATION TO A WHITE EMPIRE”:

The traveller declares that his name is a silence as dangerous as the river in winter.

The traveller declares that his home address is unpronounceable to most missionaries.

The traveller arrives by air, in the red mists of dread sacrifice; by rail, with the nameless sons of seven generations at his heels; by marine, in a war canoe decked against the flatteries of the champagne socialist; and by highway, trailing tears and stumbling over murdered women.

The traveller declares that the purpose of his trip is “Personal.”

The traveller arrives from another country and another time, yet also from this country and from this time, and insists that he be recognized at home.

The issue includes new work by Christopher Tubbs, Andrea Abi-Karam, Ambient Asian Space, Shane Book, Jamil Jan Kochai, Ya-Wen Ho, sidony o’neal, Lee Lai, Bug Cru, Raymond de Borja, Gwen Benaway, Afuwa and Dion Kaszas, Eli Howey, Jennie Duguay, Kai Rajala, Natasha Gauthier, Juliane Okot Bitek, Jennif(f)er Tamayo, José Vadi, Stacey Ho, Caroline Szpak and Kai Cheng Thom, as well as reviews of work by Jordan Scott (by Carmen Faye Mathes), Aja Couchois Duncan (by Cam Scott) and Tommy Pico (by Samantha Nock). Accumulatively and individually, the pieces in the issue speak to resistance, attention and disruption, even as chen writes in the “Editor’s Note”: “More than ever, I believe that offering solidarity while remaining invested in respectability is both disingenuous and useless, akin to politely asking fires to put themselves out. I hope this issue speaks to people who are interested in being good friends and good enemies, and never one without the other.”

I’m walking in the woods under a blood moon and I come to a tree that looks like a relative. Relatively friendly. I lean against it. It opens. I go inside.

There’s some kind of mix-up. Someone isn’t doing their job, because I’m at school again, and nothing is right. Nobody is who they’re supposed to be. A girl my age walks up to me. She looks familiar. (Natasha Gauthier, “Blood Moon”) 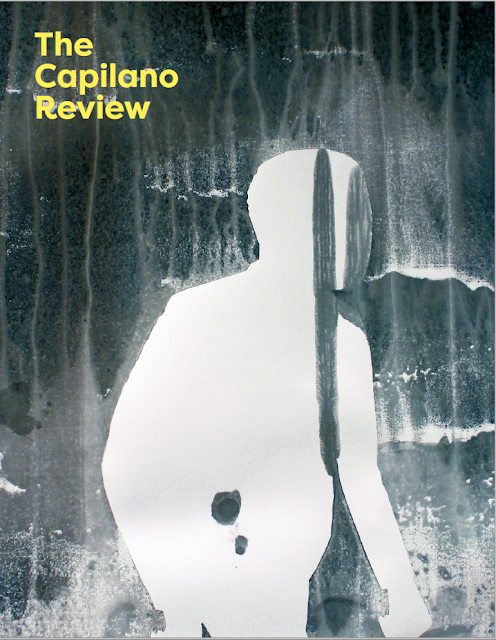 While there’s a part of me that at least understands why, I’m still baffled by those that refuse the political (and even the “different”) in writing, as though writing needs exclusively to be something singular, or some kind of hide-away from the world, instead of an opportunity to openly discuss and engage, thus allowing for new and fresh perspectives, a further awareness (beyond our individual bubbles), and the possibility, even, of improvement. As well, we are living in a period of time in which the diversity of writers, writing and conversation has exploded in a way that hasn’t been seen before, engaging subjects, structures and possibilities in writing that might not have been possible before. Juliane Okot Bitek’s sequence “UNDER WHAT CONDITIONS DO BLACK POETS WRITE,” for example, includes: “see here / this kind of design is called tribal design // i don’t know why / they’re just tribal you know / like tribal / look at the simple lines & dot markings / it’s nothing sophisticated you know / like you know/ like [.]” I’m held by the breath-lines and breaks of Gwen Benaway’s three poems in this issue, that includes: “I survive because / my way out is under.” Or simply hold for a moment on the first line of Jennie Duguay’s “I Pray to the River,” that writes: “There is a bruise on my back that will not heal.” And the photos by Tia Taurere ClearSky, specifically “re-drawing the map,” “The needle and ink-soaked thread are drawn through the skin” and “birthmark” are stunningly beautiful and quite powerful. There are plenty of highlights to mention in this issue, and one can’t mention every one, but would also include the insistent, resistant lyric of Jennif(f)er Tamayo’s “[WHAT IF EVERY MOVE YOU MADE COULD HEAL YOU],” that includes:

[HEAR A HEART IN AN OCEAN’S CHEST]
[PULL THE MOON TO A CRACK ON YOUR BIRTH DOOR]
[GROAN, YOU ARE FALLING TO EARTH]

you find a skin of calmness to stretch over lovers
that you are without home is an illusion
again: you are not from here you arrived here
your body is a metaphor, your breath is a resistance