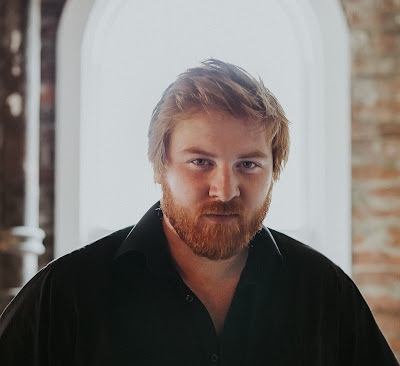 Rory Michael Gleeson was born in Dublin in 1989. He graduated with a BA in Psychology from Trinity College Dublin, and went on to earn degrees from Oxford, the University of Manchester, and UEA. He recently returned from a two year stint in Toronto. His debut novel Rockadoon Shore is published by John Murray and is out on 12th January 2017 in UK & Ireland. It will be available in Canada from April 2017.

1 - How did your first book change your life? How does your most recent work compare to your previous? How does it feel different?
Having Rockadoon Shore picked up didn't change my life so much in a day to day sense, but it did give me a degree of peace that I hadn't had before. Selling a novel settles you, at least for the first while. That tremendous sense of doubt you have in your future is lessened by a nudge. You know you're at least on the right path, whether someone will punch you in the guts ten metres down it or not.

2 - How did you come to fiction first, as opposed to, say, poetry or non-fiction?
I grew up reading fiction way more than poetry or non-fiction, so that was part of it. Also, poetry is really, really hard to write. So is non-fiction. Fiction I found hard, but it was fun, and I had a much more natural way of thinking about it than I did anything else. It felt right.

3 - How long does it take to start any particular writing project? Does your writing initially come quickly, or is it a slow process? Do first drafts appear looking close to their final shape, or does your work come out of copious notes?
With short stories I need to get going immediately and keep going until the thing is finished. Then it's a mess and cleaning it never ends. You despair over it again and again until eventually you just say, 'feck this, it's done'.  Then you start back three weeks later. With novels it's that but longer and messier again. Pure joy, the whole thing.

4 - Where does a work of fiction usually begin for you? Are you an author of short pieces that end up combining into a larger project, or are you working on a "book" from the very beginning?
I usually have an idea of a beginning and a vague plan for the end, and I just get going. By the time I'm through, the beginning has changed fifty times, so has the end, and the middle is all jerked about. It's perhaps not the most organised way of going about it, but it keeps the fun in it, and takes the pressure off. It means all I really need to go is a good idea, and sometimes not even then.

5 - Are public readings part of or counter to your creative process? Are you the sort of writer who enjoys doing readings?
Prepping for readings is a great way of adding another method to your editorial process. It gets you reading your own stuff from a new angle. I get a good buzz off doing readings, though I'm usually crapping myself the whole time.

6 - Do you have any theoretical concerns behind your writing? What kinds of questions are you trying to answer with your work? What do you even think the current questions are?
Each project you work on has its own things going on, whether technically or in a broader thematic sense. You always want to be challenging yourself and trying new things. Having said that, looking back on what I've done before, I tend to be interested in how people lie, especially to themselves, and how they learn.

7 – What do you see the current role of the writer being in larger culture? Does s/he even have one? What do you think the role of the writer should be?
I don't think there should be any prescribed role for a writer. Some writers are better suited to, and generally just better at having a role in public discourse. I've always admired those people, but it's never been for me. My thinking isn't rigorous enough to be telling other people what to think about current issues. You want writers doing different things. You hope some will lead, others will look to speak for those marginalised or forgotten, and others will just push their own art forward, but there's no telling anyone what to do.

8 - Do you find the process of working with an outside editor difficult or essential (or both)?
Both. They're there to challenge you, to find weak spots in what you've done and question them, with the end aim of making what you've written better. You can take a knock or two but usually it's for the best.

9 - What is the best piece of advice you've heard (not necessarily given to you directly)?
I've a hard time with general sort of life advice, or the 10 Useful Tips For Writing Prose style of advice. I did get some excellent advice recently about the book trade that was specific, directly applicable to the situation I was heading into, and made me shit myself.

So that's now my advice about how to give advice. Be specific, make it directly applicable to the person's current situation or immediate future, and make the recipient shit themselves.

10 - How easy has it been for you to move between genres (short stories to novels to screenplays)? What do you see as the appeal?
I like to move about. Sometimes you wreck yourself working on something and you think, 'Screw this short story, and screw short stories in general,' and that's okay. You need time and space between drafts on any project in order to regain your energy and let the freshness back in. Moving between genres allows your mind a break from one form while still learning in another. Keeps you working when you're not working.

11 - What kind of writing routine do you tend to keep, or do you even have one? How does a typical day (for you) begin?
Life has been hectic the last while moving about, but generally the aim is write every day. If I'm not writing new projects, then I try to edit old ones, and if not that, be knowingly taking a rest. And always be reading.

12 - When your writing gets stalled, where do you turn or return for (for lack of a better word) inspiration?
I don't know. You go back and edit. You weep. You read new things. You have an argument.

13 - What fragrance reminds you of home?
The smell of a room after a spit fight. I don't smell it that often these days but when I do, oh boy. Anton Ego from Ratatouille, all the way.

14 - David W. McFadden once said that books come from books, but are there any other forms that influence your work, whether nature, music, science or visual art?
In terms of directly influencing the work, I don't know. You hope it all seeps in somewhere.

15 - What other writers or writings are important for your work, or simply your life outside of your work?
I grew up on Roddy Doyle, which made literature fun and devastating at the same time. Flann O'Brien took over my teens, which gave me an idea of the power of imagination and the love of language, and then Eimear McBride came along and threw me about the room, kicked the crap out me, and I loved her for it. There's a hundred others but those are the ones that spring most immediately to mind.

16 - What would you like to do that you haven't yet done?
All that regular stuff. Travel the world, learn to speak a foreign language, learn to dance, learn to fight (defensively of course), make best friends with a lion and take selfies with him. Stuff to shoot for, I guess.

17 - If you could pick any other occupation to attempt, what would it be? Or, alternately, what do you think you would have ended up doing had you not been a writer?
I thought I might be a psychologist at one stage, but I don't think I would have had the patience for it. Some sort of investigative journalist, I suppose, if I'm being overly romantic. In my head though I look like Robert Redford while I'm doing it, so maybe that's unrealistic.

18 - What made you write, as opposed to doing something else?
As simply as possible, I was good at it, and I liked it.

20 - What are you currently working on?
New novel, few new screenplays. I've recently had to dip my toe into non-fiction, which is terrifying and again, very very hard.