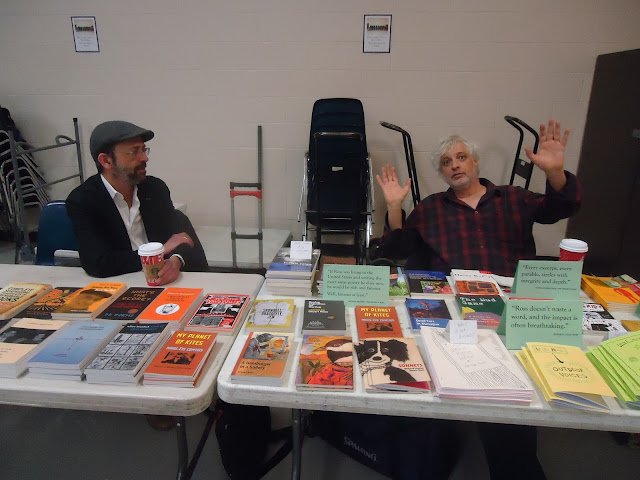 As you most likely know, we recently held our latest edition of the semi-annual ottawa small press fair, and I returned home with nearly as much as I left with (of course). Given such, here are a couple of items I picked up at our recent fair.

Oh, and you’ve seen my notes on what I picked up at the Meet the Presses event over the prior weekend, yes?

Cobourg/Toronto ON: I am curious about Those problems (Proper Tales Press, 2016), the “first book in English” by Toronto/Buenos Aires poet, translator and journalist Sarah Moses. I’m (obviously) aware of editor/publisher Ross’ interest in a variety of flavours of surrealism, but Moses’ work feels different, working a relatively straight narrative that, before you realize, has already turned and twirled out behind you.

He is in love with his words. With the words he choses and how he combines them and what the combinations mean to him and what he hopes they mean to others. Lying awake late at night, he thinks about them, obsesses over them. He feels they hold great, mysterious truths about the world. He is driven to share these truths and, during the day, on street corners and park benches, he says his words out loud to mothers pushing strollers and lawyers on lunch breaks and joggers in spandex. When they walk by, he takes his words, rolls them around his mouth, and then spits them out carefully as though they were precious pearls he could string together with his lips.

There is something in Moses’ work that is reminiscent, also, of Inger Wold Lund’s first English-language publication, Leaving Leaving Behind Behind (Brooklyn NY: Ugly Duckling Press, 2015) [see my review of such here]. There are some really lovely and wonderful pieces in here, some of which appeared in her Spanish-language title as they say (Buenos Aires, Argentina: Socios Fundadores, 2016). Might a full-length English volume be far behind? I can certainly hope.

Nothing is required of you

Well, maybe a few things. Good neighbourliness, for example. By this I mean that you take care of the fairy ring and webbing on your property. That you take care not to throw household items, such as spatulas or other kitchen implements, on mine. Take care of your front porch and your gutters, especially after a downpour, especially in early June, when the downpours are frequent and forceful. The hedges, don’t forget to trim them. Make sure to keep your budgerigars well fed and in good spirits. If you borrow my unicycle without my knowing, as I know you have done, please take care to use gloves. Take care to cooperate with the forces of eternal law. When you engage in wireless communication, both within your home and without it, do so with care. If you are outdoors, with something to say, take especial care when you say it: project your voice, choose the appropriate words, and be sure to enunciate. 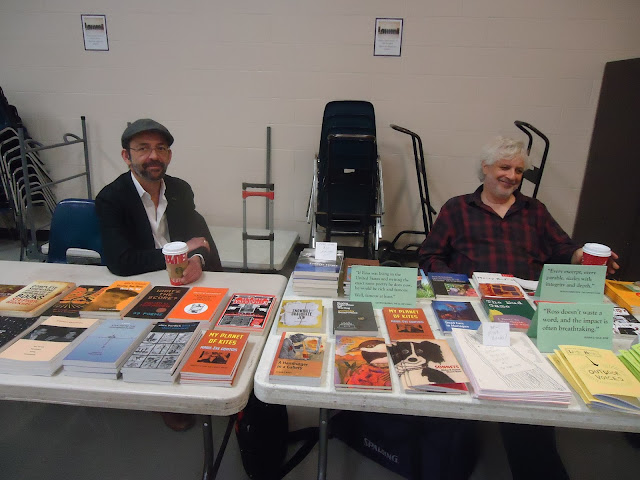 A speech recognition program translated, transformed the noise of my dishwashing into words recorded by the speech recognition program into a document in Microsoft Word. Each poem records one day’s bout of washing. When I was finished scrubbing and rinsing the dishes (a banal and even burdensome chore), the dishware was found clean and stacked in the dishrack, while in the vicinity a poem had accumulated, had accrued. And an event had ended. What was formerly a banal and even burdensome chore in an ordinary kitchen, had been transformed by the presence of a listening, a gathering in of (potentially) my every move and grunt, the running water of the tap, the friction of my body and dishes, dishes and other surfaces, (a siren in the distance?). Standing in a transformed event zone, it was to feel how different the same could be.

I find the poems inside intriguing, for their shape, sound, visuals and even the larger project, but the tone in which he writes about the daily task of dishwashing a bit strange—a “banal and even burdensome chore”—as though there is something unpleasant about one of the most basic of daily tasks, and even removing the meditative and even honourable considerations of daily household tasks. How do such essential daily requirements become so troublesome, and how does, as he suggests, the turning of such into poetry somehow salvage from difficulty? How are the poems “above” such “mundane” work?

And I would like to see more from Jessica Rowlands, who supplies “the concrete poetry which appears on the cover and throughout the book.” I would very much like to see more. Please.