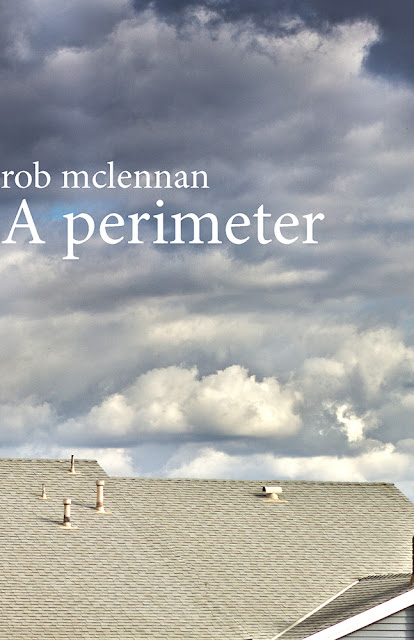 My latest poetry collection, A perimeter (New Star Books), is now available, and actually has been for a couple of weeks. Thanks so much to everyone at New Star, especially the brilliant editor/publisher Rolf Maurer, for incredible support, and for assisting in putting together what might easily be one of my strongest collections.

Maybe someone out there can request a review copy, and/or interview me around the collection, hmmmmmmmmmmmmmmm? I even had copies at those two recent small press fairs I attended (as well as sending out copies to some of my Patreon supporters), and you can either order directly from the publisher here, or pick up a copy through me (or: send me $20 through paypal and I’ll even mail you one, signed, if you wish; for American addresses, send $20 US; anything further away, send me an email and we shall discuss). I’ve been a month or so thinking about a launch, but haven’t been able to grasp the attention span to actually plan anything. Maybe something in January? As they say: “Watch this space.”

Back in September, my neighbourhood newspaper, Vistas, was good enough to request I do a short write-up on the whats-and-whys of the collection. They published this in their October issue:

Books are made through and for a variety of reasons. My new poetry collection, A perimeter (Vancouver BC: New Star Books, 2016), emerged, in part, from our appearance onto Alta Vista Drive three years back. After two-plus decades renting in Centretown, I’ve now been a homeowner for three years, with wife Christine and two girls under three. What does it mean to own property? In a climate increasingly aware of ‘unceded territory,’ what does it mean to be ‘settler,’ or even, owning a house on former farmland? We settle ourselves into arbitrary boundaries, property lines, and hold on for dear life. I’m also now in an area familiar to family history: my maternal grandparents original owners of a house on Kirk Drive, a street later renamed Ridgemont. My parents married in the church across the street from our front door, and relocated nearly an hour’s drive east, near Maxville, to his home property. How do I rewrite myself into this familial space?
Also, the book explores the newness of (new) fatherhood, and include an array of scratched lines that make up all I managed to accomplish during the first three months after my daughter Rose was born. While I’m uncertain A perimeter is necessary built with any quick or easy answers, these are some of the questions and queries I’ve been exploring (and continue to explore). How did I get here? And what and where is here, exactly?