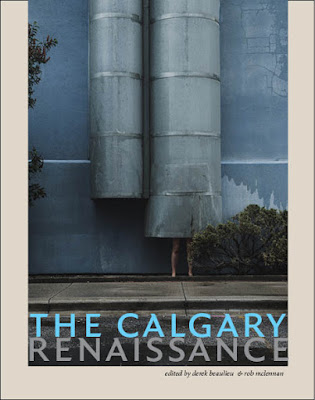 Edited by derek beaulieu and rob mclennan, and designed by Chaudiere co-publisher Christine McNair, The Calgary Renaissance highlights some of the diverse and astonishing experimental poetry and fiction that has emerged out of the past two decades of Calgary writing. An essential portrait of some of the most engaged and radical of Canadian writing and writers from one of the country’s most important literary centres. You can order a copy directly, here. If you wish for a review/media copy, email me at rob_mclennan (at) hotmail.com