Dear Regret, my leaning this morning, my leather foot, want of stone, age old, my burnished and bruised, hair lingering, hand caked, spongy as November, my dear Relentless, my dear Aging, your voice tinny, dissonant as Stein shot through decades of war and Fortrel, cocktails on the hour, Zeppelins over Piccadilly, bombing blindly in the fog. Dear Skin, dear tobacco mouth. My refusal, my merely geographic, my fibrous strings for you: your abundant wit, your lack of shadow and still joy, joy, joy, nosing the air. Each moment stretches toward you, your dry feet: I carried them, pumiced and peppery, laid them where regret is a biscuit thing to lean upon and sweeten, my hour of you, my cursive thoughts, a pulpit beating under these ribs. (“Five Postcards from Jericho”) 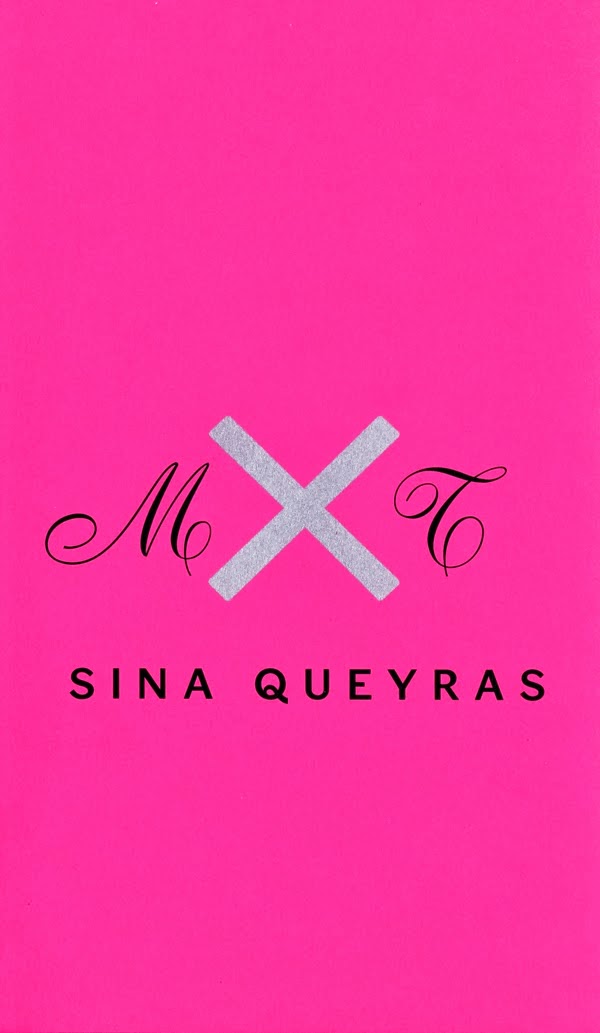 Montreal poet, editor and critic Sina Queyras’ fifth trade poetry collection (and seventh trade work overall) is M x T (Toronto ON: Coach House Books, 2014), a work of meditative prose lyrics that pitch and weave, attempting to articulate and reconcile a deep grief and period of mourning. Short for “Memory times Time,” M x T is constructed less in poem-sections than in mechanically-described stages, with section titles such as “Alternating Mourning,” “Direct Mourning,” “Emotional Overload Sensor Circuit” and “Ohm’s Law of Grieving.” Through the use of such titles, and throughout the collection, Queyras plays with the collusion and confusion of exploring such emotionally-wrought subject matter through, at times, the emotional distance of scientific language, wrapped in a blend of coy wordplay, the lyric confessional, the non-fiction essay and highly articulate journal entries. Queyras writes of death and the dead, mourning some deeply intimate losses, as well as referencing others who themselves knew about grief, and the darkness where such emotions reside, including Sylvia Plath, Alice Notley, Anne Carson, Keats, Samuel Beckett, Jackson Pollack, Diane Arbus and Agnes Martin. “I have spent my life avoiding you, Emptiness,” she writes, in the poem “Over to You,” “and now I drink you and drink you.” In many ways, Queyras’ M x T is a book of restraint, showing the rage, frustration and grief that exists just underneath her lyric questioning. As she writes in the poem “Over to You”: “What is a woman’s art without pain? // What is a woman’s art without painting in blood, writing from the darkest recesses of her vagina? // I didn’t know what to say when the light shone in my eyes. // I admire you, Marina Abramović, but I am not glass.” The poems work to address perceived shortcomings, so as to overcome. In the same piece, earlier on:

There will be no one to write an elegy for me and so I am writing my own now, I want you to keep up with me. I want you to feel the way the wind holds a bird, or a balloon, the slightly different movement of feather versus plastics, smooth surfaces gliding, dodging, come lie under the red balloon with me, come trace the horizontal motion, there I so much sustenance in the viscosity of a balloon. The splash of a wave at Third Beach is hardly one splash, one wave, one movement, and each breath remembering. (“Over to You”)

M x T appears on the heels of poetry collections Slip (Toronto ON: ECW Press, 2001), Teeth marks (Gibson BC: Nightwood, Editions, 2004), Lemon Hound (Coach House Books, 2006) and Expressway (Coach House, 2009), as well as a collection of critical prose, Unleashed (Toronto ON: BookThug, 2010) and the novel Autobiography of Childhood (Coach House, 2011). Composed in meditative, lyric stretches, Queyras’ poems are more fragmented than the poem-essays of Susan Howe, and more conscious of lyric flow than the sentences of Lisa Robertson, yet the influence of both, if not direct, is obvious. At times, Queyras writes of writing instead of feeling, wishing for a language less aware of theory and far more visceral, as in the opening poem, “Water, Water Everywhere”:

The irony is that her poems are rife with references to writing, writers and theory (some of which feel self-consciously included), included as touchstones to articulate those feelings, and managing to uncover some remarkable insights, such as the curiously-sly “All mature poets understand the need for dry wood chips.” from the poem “A Manual for Remembering.” Another: “If you can’t feel love in life you won’t feel it in death,” she writes, to open the poem “Sylvia Plath’s Elegy for Sylvia Plath,” allowing Plath a post-mortem clarity that might have saved her. M x T is a striking collection, pushing fiercely through the complicated mess of memory and grief, and fully aware that if one goes deep enough, grief might just not let go. Later in the poem “A Manual for Remembering,” she writes:

Don’t paint yourself into a corner. Ask yourself, What would Diane Arbus do?