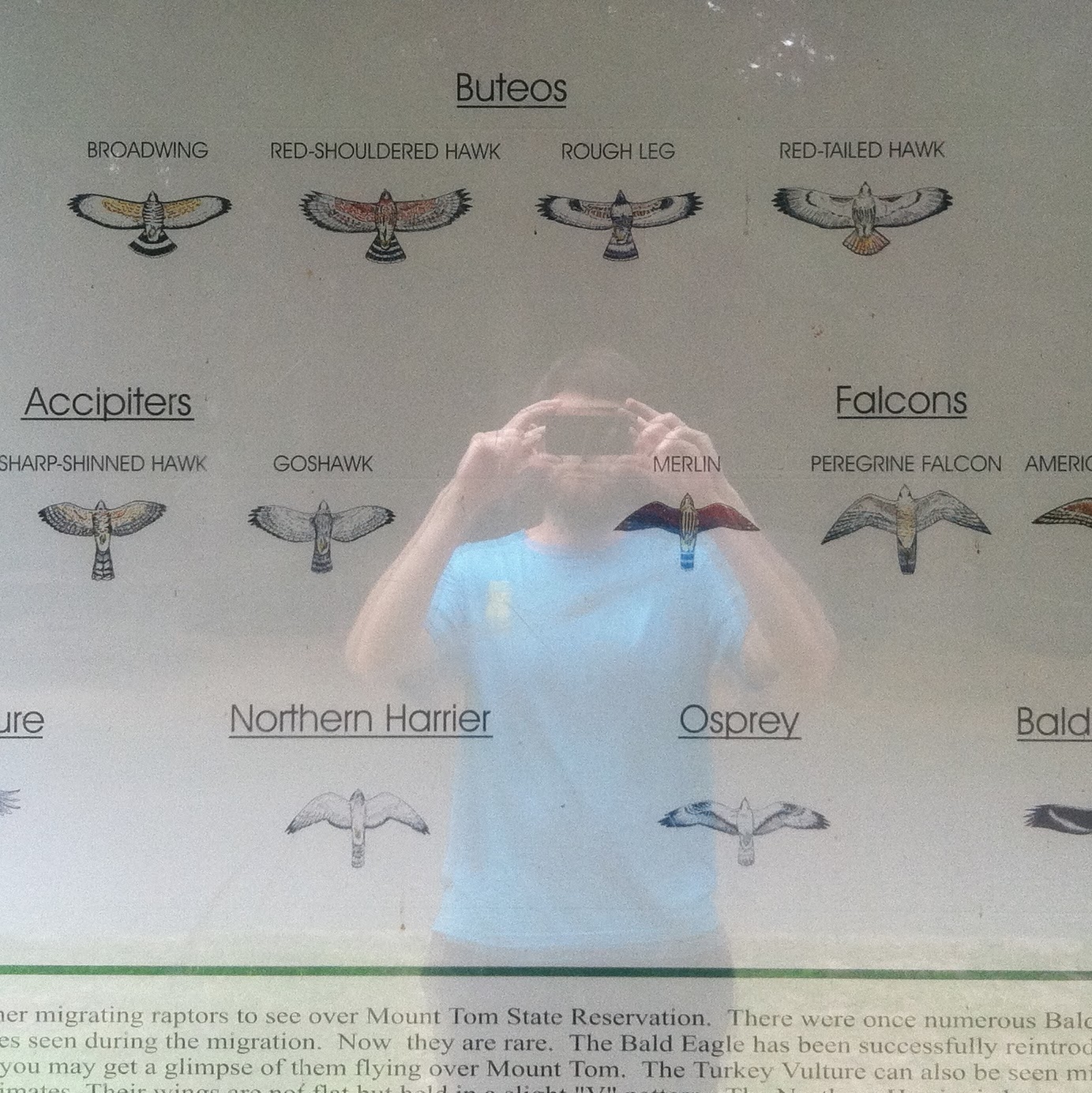 David Bartone’s first book, Practice on Mountains, was selected for the 2013 Sawtooth Poetry Prize by Dan Beachy-Quick, for publication with Ahsahta Press (2014). Poems have appeared in Colorado Review, Denver Quarterly, Mountain Gazette, VOLT, jubilat and others. (https://ahsahtapress.org/product/bartone-practice-on-mountains/)
1 - How did your first book or chapbook change your life?
Too soon to tell, really. It’s only been a few weeks. I had perceived Practice on Mountains, (https://ahsahtapress.org/product/bartone-practice-on-mountains/) from as soon as I started to think of it as anything of a book, as something that might come later, after a different sort of collection of poems. It could be second or third or fourth, what-have-you. Practice on Mountains was always to me the writing behind the writing—the writer’s mere hours, the pickling of being the person behind them, the secret writing you do for other and primal reasons. Then Jeff Downey and Zach Savich, to whom for having a way of bearing my heaving the book is dedicated, thought so surely it was a fine thing to try to put in the world. Only Ahsahta and a few other places seemed right from the start, and Dan Beachy-Quick (https://ahsahtapress.org/product/work-from-memory/) whose work I’ve been reading for many years, selected it for the Sawtooth (https://ahsahtapress.org/open-submissions/sawtooth-poetry-prize/), and so I’m glad it all has happened the way it has. I am still startled it is in the world as a book. A few writers I revere have written to me about it—that’s the sugarplum of having a book out. And so it all affirms possibility.
How does your most recent work compare to your previous? How does it feel different?
Recent work is to say the work of always—I’m dyed in the wool to searching for new wondering ways. A few years ago I would have said wilder ways, but then some pretty difficult illness left me reaching for lasting calm. Though, how does my farmer say it: “Heavier the hand that holds the hoe still.” We shall see.
2 - How did you come to poetry first, as opposed to, say, fiction or non-fiction?

Came to mathematics first, really. I remember car rides to dad’s, in the back seat with my brother’s TI-80. But it wasn’t for the definiteness of the subject. I think it was more for the sequential learning (first you learn to measure distance, then velocity at an instant, then a thousand points of light). It’s pretty easy for teenagers to want whatever’s next, and for me want manifested in calculus. In poetry, some 20 years later, I can say I find it more for consequential learning, which has more meaning-making to it.
But as for the earliest poetry that stuck, it was probably a college homework reading of Bishop’s “At the Fishhouses” (http://www.poetryfoundation.org/poem/182896) that supplied an early epiphany. I liked it more than whatever I would have been reading for pleasure, Burroughs or something. (Truthfully, I don’t remember reading all that much before poetry.) I still regard the way she comes up against that definition of knowledge several times before letting the smooth clean rip of tongue onto the page in that envoi…this to me is real and honest: to leave in the attempts of the battering ram. They are, which is no secret, better then when the gate bursts open.
3 - How long does it take to start any particular writing project? Does your writing initially come quickly, or is it a slow process? Do first drafts appear looking close to their final shape, or does your work come out of copious notes?
Who hasn’t dallied in all the ways lies or bores!
I am an inspirational poet—that is, I don’t tend to force it. And when it comes, it usually comes quick. A practice of remaining available to poetry has helped me find little ways I think I can give more to my poetry than take from it. A debt I will, no doubt, long be paying. Which is something the travelling poets from Edo knew best. I reflect on this a lot. For the past hundred years or so, in the West, we like to think of the haiku poet’s travels as sacrificial, but it’s much simpler than that—it’s a giving back to poetry, a gratitude in itself. Basho’s “The Knapsack Notebook” shows the very giving the instant and inspired poet has to offer. Without such giving back I would worry, how we worry our all-for-naught stitching and unstitching will render us wrought, for how often it does.
4 - Where does a poem usually begin for you?
A moment’s thought! The some-little-uncannyism that will catch me, be it natural or from some intoxication (such as waking or rest or fitness or tea or love), and I’ll want to set down to write, or loll it around with my wife or with friends. Keeps a good thing light. Also, I have terrible hearing—I have wonderful mishearing—it helps.
Are you an author of short pieces that end up combining into a larger project, or are you working on a "book" from the very beginning?
Practice on Mountains is a long poem written in what now seems like a single swipe, with lots of things impulsively cut out at real-time intervals. It is a consecutive poem. There are ellipses throughout, and there are parts blocked off into poems, but that is cosmetic. The form is a literal mark of the process. It seemed I could have written in the form for a long time, but there was the fear of it becoming some heavy-stitched scarring on the page. I wanted my marks to be more like the cygnet’s footprints. I think of what Barbara Guest writes in “Wounded Joy”: “What we are setting out to do is to delimit the work of art, so that it appears to have no beginning and no end, so that it overruns the boundaries of the poem on the page.” Delimiting has to do with weight and air, and is a formal concern.
5 - Are public readings part of or counter to your creative process? Are you the sort of writer who enjoys doing readings?

Oh, I wish I were great at readings. My belief in them—in the sung song, the lived love—is the very center of my creative process. I like to read aloud. I like it when a fellow hiker catches me reciting on the trail. We might spill into instant ravish of each other. Is what I’m always hoping for. Is how I feel when I listen to a great reading, such as Ted Berrigan’s “Red Shift” (http://mediamogul.seas.upenn.edu/pennsound/authors/Berrigan/Berrigan-Ted_Red-Shift_Exact-Change_12_7-25-82.mp3)
6 - Do you have any theoretical concerns behind your writing?
No. I am more interested in very serious musings. Poetry as proof needles me. I take Emerson’s essays as poetry. I take the translator’s notes as séance.
What kinds of questions are you trying to answer with your work? What do you even think the current questions are?
There are eleven remaining questions in poetry. (http://philadelphiareviewofbooks.com/2013/09/02/eleven-essays-im-not-writing-about-contemporary-poetry/)
7 – What do you see the current role of the writer being in larger culture? Does s/he even have one? What do you think the role of the writer should be?
I used to think all we ever had to hold ourselves to was beautiful lines, beautiful sentences—each part worthy of some independent worship. That’s how I would read Woolf and Lolita. Recently, Hilary Plum’s recent novel, They Dragged Them Through the Streets (http://www.berfrois.com/2013/02/they-dragged-them-through-the-streets-hilary-plum/), has done for me that and one thing more. After too many years of stupid pride in fostering intellect and political remove, the book walked me, in its way, to an understanding of what the writer can be as anti-war activist, as anti-capitalist (though let me elsewhere someday talk straighter to the praises her book rightly deserves). They Dragged Them Through the Streets, in the way the best literature does, re-enlivened for me my years of reading some favorites: Oppen, Niedecker, Zukofsky. I wish I could explain it better. The book put something meaningful in me where there was already much, as well as where there was nothing. Writers can do this.
8 - Do you find the process of working with an outside editor difficult or essential (or both)?
Not much to it but to share, listen, think, talk.
9 - What is the best piece of advice you've heard (not necessarily given to you directly)?
Norman Dubie’s “Novel as Manuscript” (http://www.poets.org/viewmedia.php/prmMID/22603) helps whenever the poems are depleted of their human significance. (I love the word ‘new’ in this poem.)
10 - How easy has it been for you to move between genres (poetry to critical prose)? What do you see as the appeal?
Don’t most things become poetry if a poet spends much of any time on them? I am okay with the delusion that’s a good thing.
11 - What kind of writing routine do you tend to keep, or do you even have one? How does a typical day (for you) begin?
This response, for example, comes after a conference with a student who believes she has not learned anything outside of college, and before I go to catch up on some stupid stupid emails.
12 - When your writing gets stalled, where do you turn or return for (for lack of a better word) inspiration?
To the ideal of dawn. I may have only ever been awake for thirty-five really good, white dawns, but they linger a long time. Also my friend the farmer—his cows are either retired or else are now protected from commercial production. They are kept alive out of some goodness in this world. They will see about twenty years, most of them, which is something to speak of. (On average, commercial dairy farm cattle are exterminated at six.) They walk slowly, or sometimes will trot, as we walk to move fence in the green months, toss hay in the gray. The golden retriever measures the perimeter for us, and the barn cat follows us surprisingly far from the house. What they say about talk with farmers is true.
13 - What fragrance reminds you of home?
Woodstove and bread.
14 - David W. McFadden once said that books come from books, but are there any other forms that influence your work, whether nature, music, science or visual art?
For the past few weeks, I wish more of my poems could function like a really good game of Arkham Horror. The environment is unstable but not random. The core game’s system mechanics are designed to release new variables at just the right timing so as to require players to make constant adjustments to their character for their survival and success (and for each character there is a limit to the amount the character can adjust). The game’s theme encourages but does not require role-playing. I know many gamers complain about the complexity of the rules, making the first few plays time-consuming and perhaps frustrating, and it’s difficult to play with new players, but, come on, get over it.
15 - What other writers or writings are important for your work, or simply your life outside of your work?
Jeff Downey (http://thermosmag.wordpress.com/2013/08/07/thermos-9-jeff-downey/), Merrill Gilfillan (http://floodeditions.wordpress.com/2013/10/11/red-mavis-by-merrill-gilfillan/?relatedposts_exclude=701), Zach Savich (http://www.versedaily.org/2011/sufficiency.shtml), Anne Cecilia Holmes (http://sixthfinch.com/holmes3.html), Hannah Brooks Motl (http://www.kenyonreview.org/kr-online-issue/2013-spring/selections/hannah-brooks-motl-656342/), Song Cave (http://www.newfoundjournal.org/archives/volume-4/issue-2/poetry-alfred-starr-hamilton/), are some. There are so many others.
16 - What would you like to do that you haven't yet done?
The Knife Edge at Mount Katahdin.
17 - If you could pick any other occupation to attempt, what would it be? Or, alternately, what do you think you would have ended up doing had you not been a writer?
Apiarist, falconer, gentleman farmer, game-designer.
18 - What made you write, as opposed to commercial fishing?
It ends up what watching the gulls work the surf out on Island Beach State Park with Uncle Tommy is really the only thing about fishing I actually like. It didn’t make much sense to try to turn it into some sort of career.
19 - What was the last great book you read? What was the last great film?
Rusty Morrison’s Beyond the Chainlink. (http://robmclennan.blogspot.com/2014/01/rusty-morrison-beyond-chainlink.html) Amy Heckerling’s Clueless.
20 - What are you currently working on?

The daily poems. Some for rescue, some for savour.