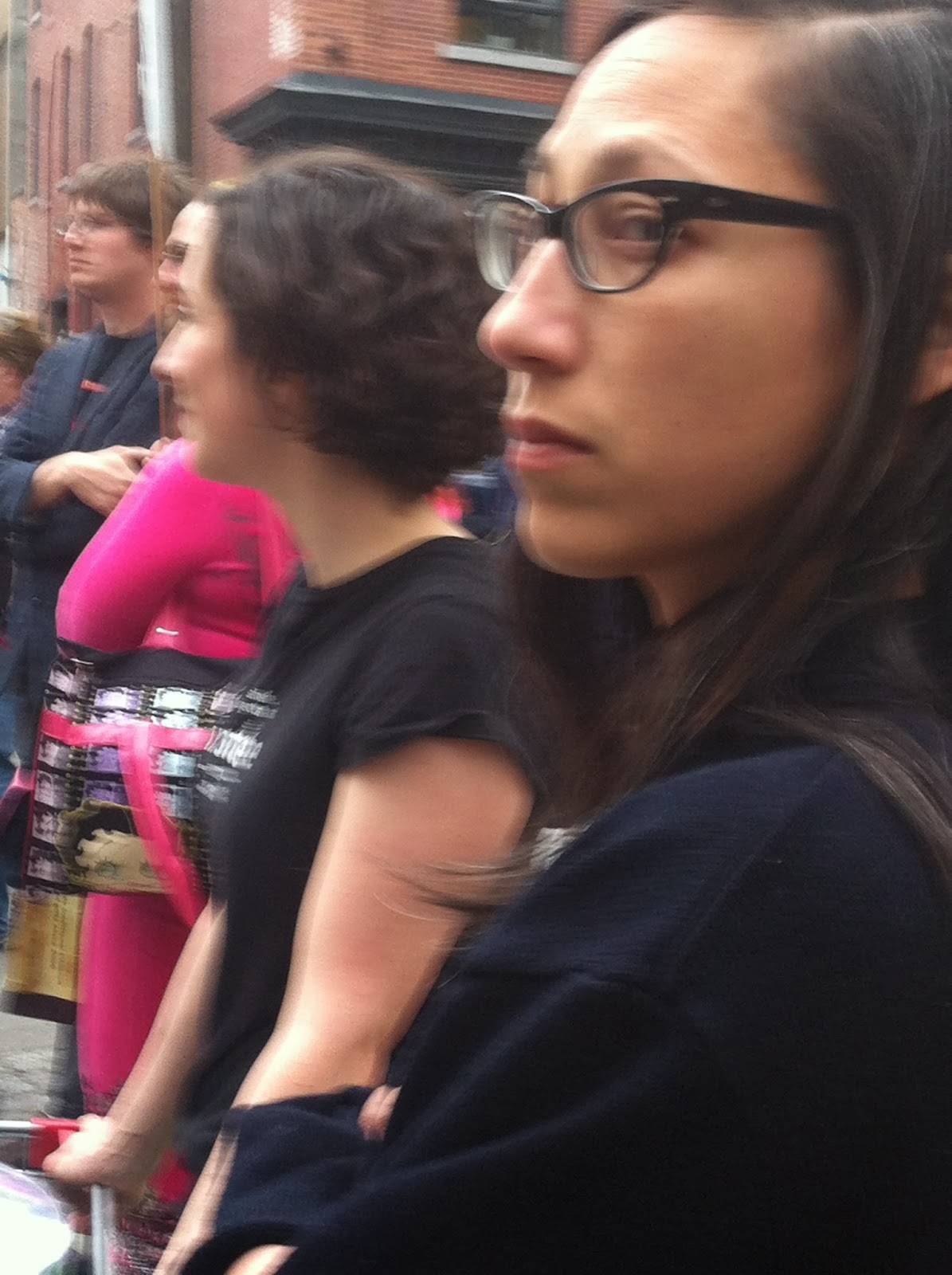 Mercedes Eng is a writer and teacher in Vancouver, Coast Salish territory. Her first book, Mercenary English (CUE Books, 2013) “combines tart insights into gender and racial relations, and a playfulness of language not always found in political poetry.” Her writing has appeared in various critical and literary journals, on the sides of Burrard and Granville bridges as contributions to public art projects, and in the collective-produced movement-based chapbooks, r/ally (No One Is Illegal), Survalliance and M’aidez (Press Release).

It was published less than a year ago so it’s hard to say; sometimes I still can’t believe I published a book.

As a poetic form, (some) rap music exposes, critiques, and resists oppression in lyrically innovative short narratives all while making a body want to move; I wanted to try that.

The first book took the longest, both to start and to finish. Initially writing was a slow process, then I began to write longish documentary poems. The process of working with found text—finding it, ingesting it, transcribing it—generates material quickly but it takes time to distill the language and organize it into a structurally cohesive poetic weapon. Working with found text right from the beginning of my current project, Prison Industrial Complex Explodes, I find I “write” less and less. Sometimes I think I don’t need to write anything anymore because what’s circulating in the infosphere only needs to be curated.

Originally I wrote short pieces, now I think in terms of book-length poem.

Definitely part of. I often intend to practice my work aloud and don’t, so readings force editing because you’ve heard the words aloud not in your head and they don’t sound right and you’re embarrassed because you didn’t have your shit together. Also, I’ve felt encouraged by audience responses, which motivates the creative process, especially when you feel like you killed it and left the room empty of breath.

Material concerns definitely. My current project uses a government questionnaire on the implementation of the Multicultural Act in the Canadian federal prison system. My answers are three streams of information: the privatization of the prison and refugee detention systems in Canada and the US; the criminalizing of dissent and the corresponding rise of indigenous activists in prison populations where indigenous peoples are already disproportionately represented; and the criminalizing of poverty and the corresponding rise of incarceration rates of refugees, many of whom are people of colour.

Currently, for myself, see previous question.

Essential. Mercenary English wouldn’t be what it is without the editorial prowess of Roger Farr and I’m a better writer for the experience.

Sometimes I think I write poetry because I’m a lazy prose writer, so I don’t find moving between genres easy. Instead I create (or more accurately, borrow) hybrid forms that bridge them. When I write creative text (which often starts with distilling found text such as mainstream news and government reports) I think in terms of argument or thesis. “knuckle sandwich” was taught in a university class not as poetry but as critical writing alongside Spivak and Fanon. That was cool.

When I’m coordinated, and depending on my paid-work schedule, weekdays begin with reading/writing for 1-2 hours.

It’s not so much getting stalled as needing time away from writing as part of the process of writing. If I’m not getting anywhere with what I’m working on, I research another aspect of that project, or I work on another project, or I don’t look at any projects for weeks because the NBA playoffs are on.

All of them, music and visual art especially.

The folks comprising the various writing collectives I have or do work with; writers whose books I’m not interested in reading but are conceptually innovative and help me think about form; books I wouldn’t read again but were formative in expanding the boundaries of my thinking in my youth; books I wouldn’t read again but were imperative for escaping painful parts of my youth when I didn’t yet have a command of the written language to help me through it.

Write a novel set in the Chinatown supper club my grandfather used to own.

I really like what I do now which is teaching and writing.

Kendrick Lamar’s good kid, m.A.A.d city. The last good movies I saw were Gravity and Her.

Finishing Prison Industrial Complex Explodes, an excerpt of which recently appeared in Line; a subversive sewing sampler; internalizing the principles of water.

12 or 20 (second series) questions;
Posted by rob mclennan at 8:31 AM
Labels: 12 or 20 questions, CUE Books, Mercedes Eng, No One Is Illegal, Press Release, Roger Farr