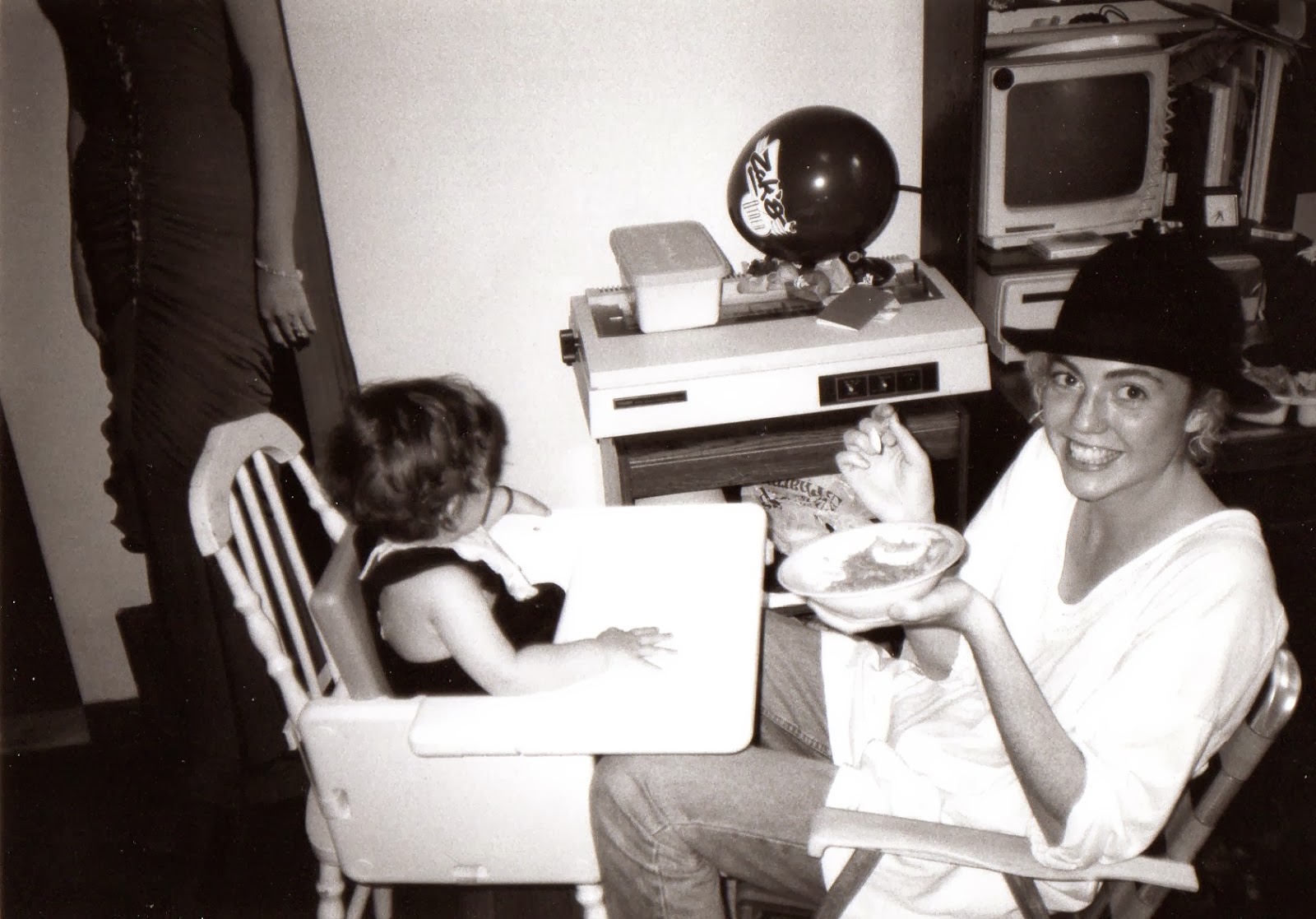 After battling ALS for three years, my high school friend Siobhan Rock-Zych succumbed to the disease this past Saturday night. Siobhan was a friend my ex-wife and I met in high school, and reconnected soon after we’d all moved into Ottawa and had small children. It was through watching her son Jeremy every Wednesday afternoon for a few weeks (Jeremy is a few months younger than my elder daughter, Kate) that I originally conceived of running a home daycare, eventually spending some three years full-time with Kate, Jeremy and a third, ten hours a day, five days a week. This photo, for example, of Siobhan and Jeremy was taken in our apartment somewhere around 1993.

Siobhan had the most lovely, positive energy, and it would have been impossible for anyone to not immediately be charmed by her. Siobhan was the model for the photograph included on the cover of my first chapbook, the self-published LOVE & COFFEE (1992), and through the course of the home daycare, we spent many an evening in her company for dinner and/or drinks, with the occasional weekend afternoon as well, watching our toddlers tear around the apartment. After my ex-wife and I broke in late 1994 and I ended the daycare, I saw Siobhan far less, but Ann-Marie kept in close touch with her for years, regularly socializing around Siobhan’s extremely busy and lively schedule as athlete, yoga instructor and world traveller.

In the summer of 2011, Siobhan was thirty-nine year old, remarried and the mother of two more small children, when she was diagnosed with ALS, otherwise known as “Lou Gehrig’s disease.” Christine and I, along with numerous others, participated in a fortieth birthday party for her that fall at a community centre in Ottawa’s Sandy Hill. Designed as both birthday party and fundraiser, the space was packed with friends, relatives and supporters, many of whom were high school friends I hadn’t seen in twenty years or more. Despite the fact that Siobhan was already using a walker to get around, the diagnosis didn’t seem to really slow her down—she parachuted out of an airplane, and helped organize an aerobics marathon as an ALS fundraiser, both of which were discussed in this short piece CBC Ottawa aired on Monday. There were some other links I found for her online as well, including the fact that she kept a video log of her ALS, which I didn't know.

She was quite a magnificent human being. We will miss her.
Posted by rob mclennan at 8:31 AM
Labels: Ann-Marie Seguin, Kate Seguin-McLennan, obituary, Siobhan Rock-Zych

Mike, you are right. Siobhan's charm was immediate and capturing. I am so sad.

Thank you for that lovely rendition of my sister. I miss her every day.

I didn't have the privilege of knowing Siobhan but read her sister Genevieve's tribute in the Ottawa paper the other day and found it very touching. I'm sure the balloons made her feel loved as they floated up into the sky.